Sainz rejoins the race with 28 hours of penalty

Carlos Sainz has re-engaged in the race today after the severe accident he suffered on Friday in stage 6 of the Dakar rally, which he could not finish. 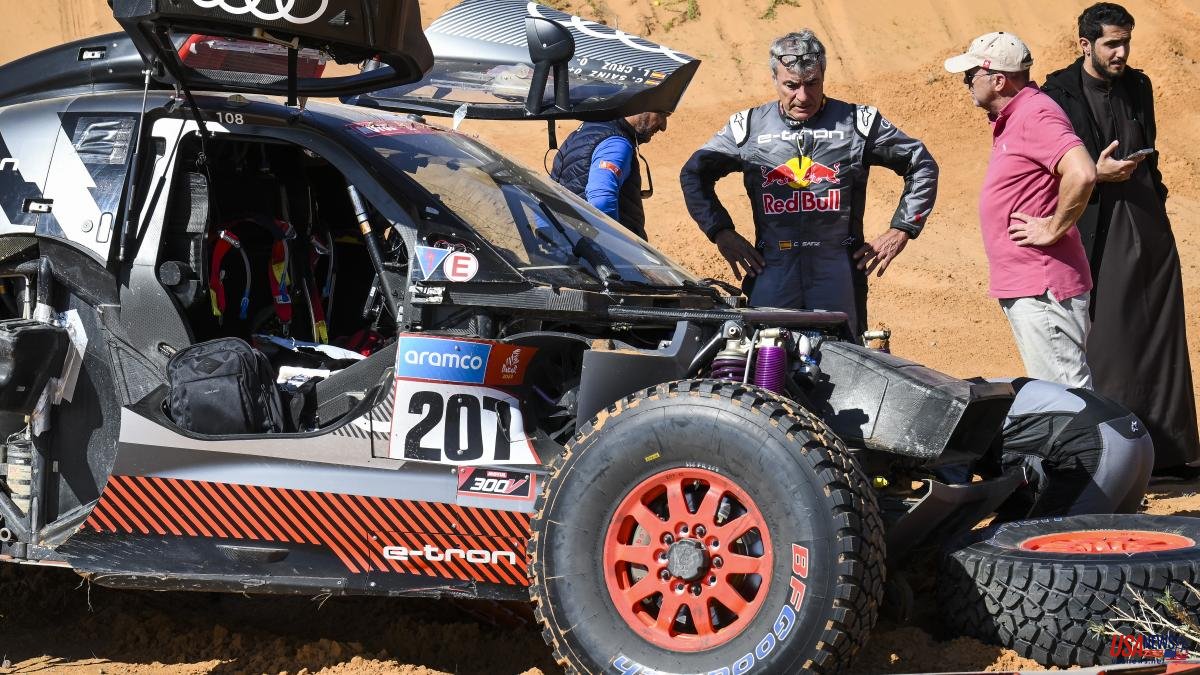 Carlos Sainz has re-engaged in the race today after the severe accident he suffered on Friday in stage 6 of the Dakar rally, which he could not finish. The Madrid rider resumed the test this morning in stage 7 -without motorcycles or quads-, although he paid the toll for doing so with a penalty of 28 hours and 45 minutes, so he has no option to fight for the Tuareg. Of course, he will be able to continue disputing the stage wins, as allowed by the FIA ​​rally-raid championship regulations.

On stage 6, Sainz and his co-driver Lucas Cruz wrecked the Audi RS Q e-tron E2 by falling into a hole while crossing a dune. They were stranded for 8 hours, waiting for the team's assistance to arrive. They towed the vehicle to the camp and today I could go to stage 7.

His teammate Stéphane Peterhansel could not take the start, who had an accident at the same kilometer 212 of the special, a few meters away from the man from Madrid, and practically on par. His co-pilot, Édouard Boulanger, had been evacuated by helicopter due to a severe blow to the back.

In the early stages of the 7th stage, Sainz came to fight for the victory of the special with Chicherit, Mattias Ekström and the Saudi Yazeed Al Rajhi, another of those who had an accident the day before and lost his options. However, at kilometer 196 of the special (333 km), the man from Madrid stopped to help his teammate Ekström. At that time, the Spaniard was 4th, 1m28s behind the Swede, who was leading.

The Saudi Yazeed Al Rajhi (Toyota) took this seventh stage after overcoming the problems he had in the previous stage. Things were worse for the leader, the Qatari Nasser Al-Attiyah (Toyota), who finished in 14th position, although the income he had earned him to retain first place in the general classification.

The defending champion faced the seventh installment with a 1h06:50 lead overall over another Toyota, that of the South African Henk Lategan. From now on, he will manage the edge and take little risk.