Safe haven states for free abortions in the United States

The phones at the Planned Parenthood center in Fairview Heights, Illinois, have been smoking since June 24, which was when the United States Supreme Court abolished the right to abortion in general. 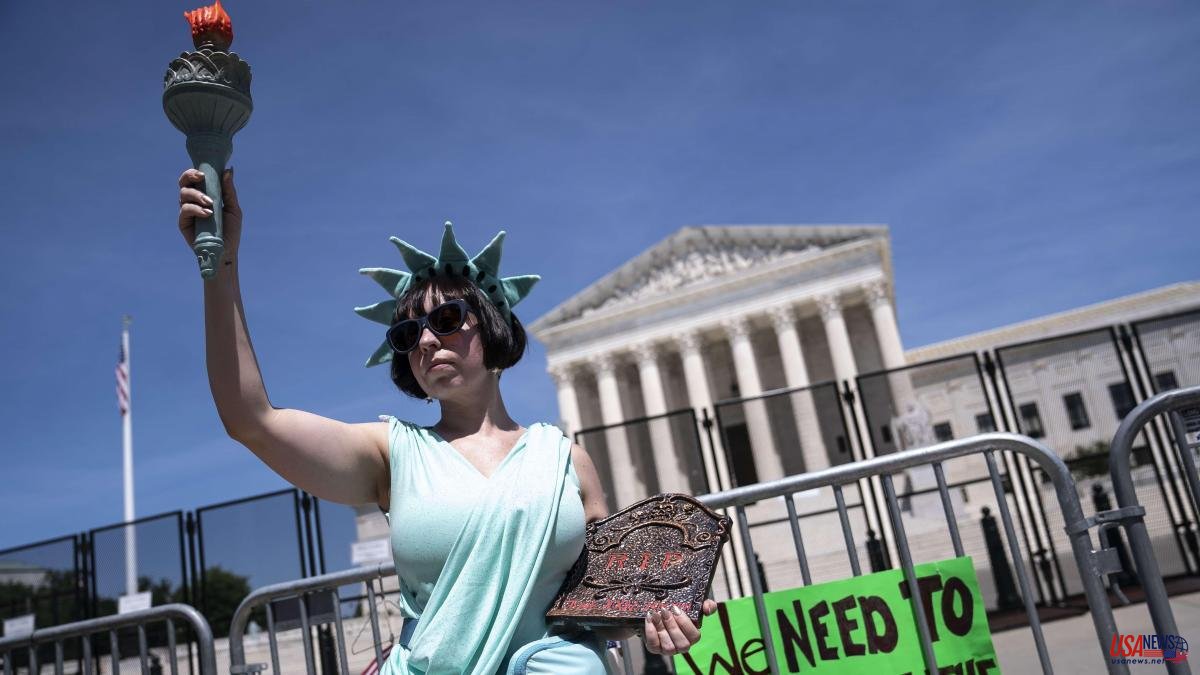 The phones at the Planned Parenthood center in Fairview Heights, Illinois, have been smoking since June 24, which was when the United States Supreme Court abolished the right to abortion in general. Illinois, one of the Democratic strongholds where the practice is still legal, has become a refuge island in the Midwest to which women from surrounding states, almost all with laws that prohibit it or are about to, can go to solve their situation. And with just 16,000 inhabitants, Fairview Heights is establishing itself as a logistics center for care and pregnancy termination services for pregnant women in this vast region of North America.

Until the fateful June 24, women in the city of St. Louis, Missouri, could go to their own Planned Parenthood center and other abortion services in the area. That day, the day of the Supreme Court ruling, the Republican governor of Missouri, Mike Parson, signed a prohibition law even in cases of rape and incest, with sentences of five to ten years in prison for health professionals who practice it. But those affected in San Luis only have to cross the Mississippi to, two kilometers away, stand in Missouri and, after advancing 21 more, go to Planned Parenthood in Fairview.

And what is valid for patients in Missouri in Illinois is valid for all those in the country, including the neighboring states of Arkansas and Kentucky, which on the 24th also activated absolute abortion bans, although in the last case a judge blocked it as a precautionary measure. Ohio and Tennessee also already ban abortion, both from the sixth week of pregnancy, but Tennessee is preparing to ban it altogether. A similar law in Michigan is temporarily suspended, and state chambers in Indiana and Iowa are already considering similar rules.

As much as Illinois providers have been preparing for months and even years to welcome patients from other territories, the increase in demand from surrounding states makes them fear an overflow. The Fairview Heights Planned Parenthood clinic, opened in 2019 in the wake of a first Missouri ban attempt, expects to go from 8,000 to 14,000 patients a year. And at the Hope clinic in nearby Granite City, where they were seeing about 35 patients a day, calls have increased sixfold in the past two weeks.

The Democratic state of Minnesota is in a similar situation, where the current 10% of abortions performed on women from other states will be multiplied with the activation of veto rules in North Dakota, South Dakota and Wisconsin, in addition to those already cited Iowa and Michigan.

On the West Coast, the Democratic governors of Oregon, California and Washington signed a “tri-state refuge” agreement June 24 for abortion seekers from the rest of the country. They and their colleagues in Illinois and Minnesota have erected a multiple fortification in defense of the right; a system with legal guarantees against any persecution of women who come there from anti-abortion states; commitments to promote increases in the workforce of qualified health personnel; measures to expand access to abortion pills and telemedicine; preventions against false information, and actions to protect personal reproductive data stored in applications in order to prevent their use against women from states where abortion is illegal.

The legislative and territorial battle over abortion is part of a broader political and social struggle that, with great financial and propaganda outlays on both sides, will be waged in all its crudeness in the campaign for the elections for the renewal of Congress in November. The fight has just begun.