The worst omens have come true for Umar Sadiq, who after undergoing an MRI on Monday was diagnosed with a torn anterior cruciate ligament in his right knee, an injury that could keep him out for the entire season. 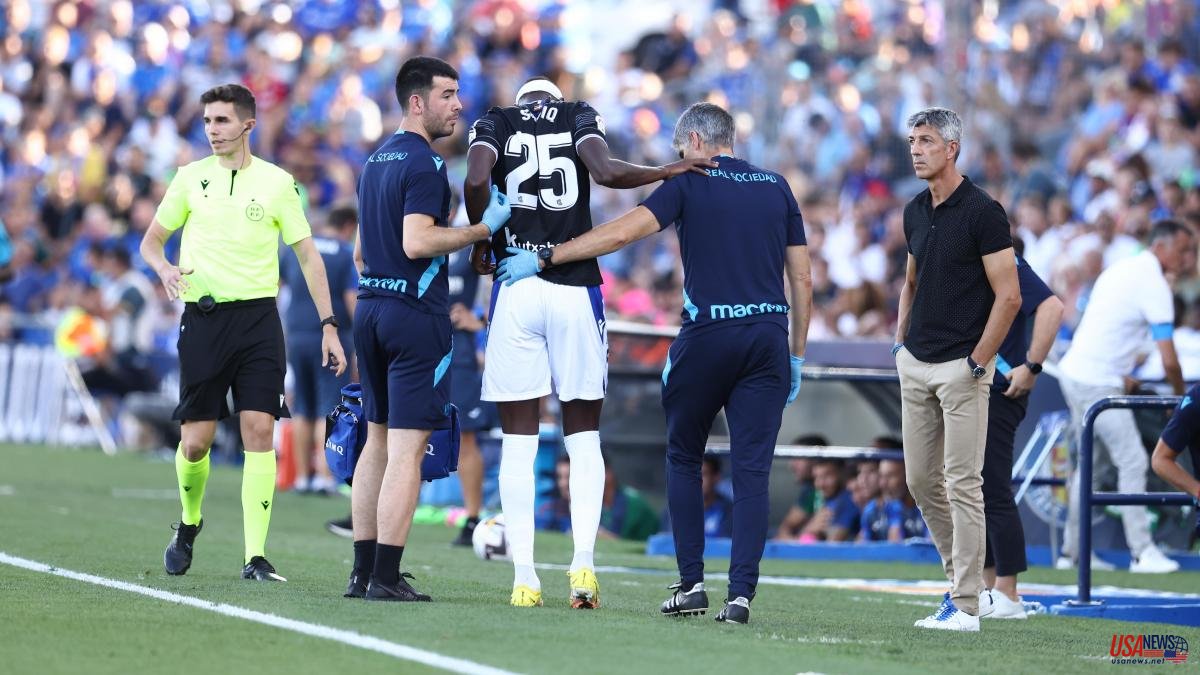 The worst omens have come true for Umar Sadiq, who after undergoing an MRI on Monday was diagnosed with a torn anterior cruciate ligament in his right knee, an injury that could keep him out for the entire season. The Real Sociedad striker retired from the field in the match against Getafe.

"In the MRI performed this morning, a rupture of the anterior cruciate ligament can be seen. It is a subsidiary injury of surgical treatment. In the next few days, it will be reported," the Basque club reported about its player, who suffered the injury. after suffering a torsion in his knee on the grass of the Coliseum.

The 25-year-old Nigerian striker is the great signing of the txuri urdin team to replace the sale of Alexander Isak, transferred to Newcastle for 70 million euros. A few days after the Swede's departure, Real Sociedad signed Sadiq after paying 20 million fixed plus another five in variables to Almería.

Sadiq arrived at the Gipuzkoan team on the last day of the market and made his debut in the best possible way on the fourth day of the League match that pitted the Basques against Atlético de Madrid. The African came out at the start of the second half and in ten minutes scored the goal that led to the final draw (1-1) against the Madrid team.

In the following match he started in the team's debut in the Europa League against Manchester United at Old Trafford, where they won thanks to a solitary penalty goal by Brais Méndez (0-1). Sadiq repeated himself in the starting eleven against Getafe, but in the 35th minute he had to be replaced by Ali Cho. In addition, Real ended up losing the match (2-1).