Sacred rhythms put Fez back on its feet 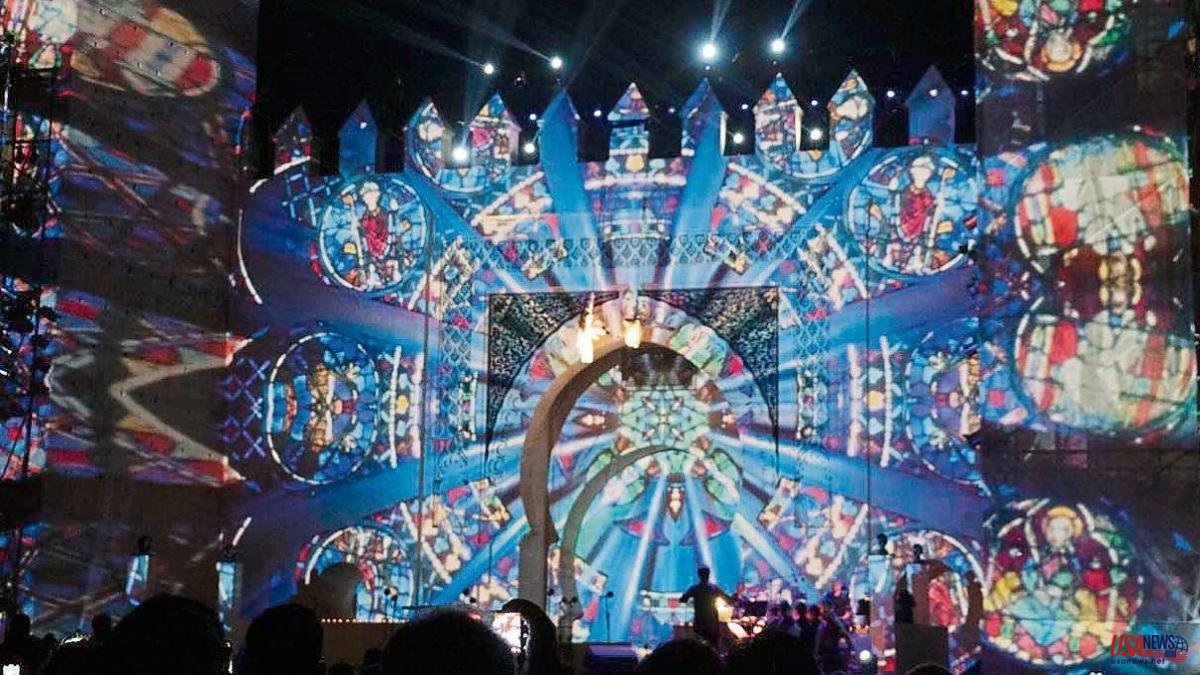 Synagogues, gardens and historic mansions converted into concert halls. And, of course, also the enormous and old walled courtyard that gave entrance to the city's weapons factory, Bab al Makina, populated by storks in the towers and by hundreds of swifts that, before nightfall and the star concerts of the festival do not stop crossing the enclosure to get into the hundreds of holes left by the wooden scaffolding with which the walls were built. The medina of Fez, the largest in the world, bustling, alive, poor, dignified, colorful, fascinating, a giant souk, as real as it was five hundred years ago, has given life again, after the pandemic, to the great Festival of Sacred Music of the World in a reduced version, for the restart, to four days, compared to the nine that the last edition had in 2019.

Enveloping Sufi music from North India whose reiteration in the almighty voices and the qawalis and kalams of the Roohani Sisters, many in praise of Ali, seemed to lead to happiness. Mystic songs from Oman and healing songs from Senegal. The fusion full of contagious party of the great Franco-Lebanese trumpeter Ibrahim Maalouf, an idol who brought the public to its feet and with whom a Turkish Kurdish singer performed who sang in her language and vindicated all the women who fight for her country . And even the verses of Paul Celan after the Holocaust sung, almost acted, sometimes even neighed, by the soprano Marion Grange in the small Aben Danan synagogue in the midst of a dedicated audience and with improvised fans in their hands have sounded through the old medina , that this year of recovery has not had the free access shows that welcomed thousands of people in the great Boujloud square.

A medina in which there has been no lack of Spaniards, such as the director of Casa Árabe, Irene Lozano, and especially Catalans, both upstairs and in front of the stage: in Fez there have been the television channel Susanna Griso and also the councilor for Cultural Industries of Barcelona, ​​Xavier Marcè, which seeks to promote collaboration agreements with the event together with centers such as the Tradicionàrius and other festivals in the city. And on stage this year the Catalan presence has literally been very high: specifically, 14 meters. The Delrevés vertical dance company was one of those that starred in the inaugural show on Thursday, descending from the battlements with ropes and walking, dancing and doing acrobatics on the great door of the wall as if they were doing it on the ground.

An inaugural show that was perhaps the least splendid of the great night productions despite the first-class materials it had, starting with a video mapping that transformed the walls of Bab al Makina into Notre Dame or the Hassan II mosque in Casablanca. A montage in which even Christian hallelujahs sounded on a journey through the religious architecture of the world and that between Moroccan songs and choirs, bards from the Himalayas, Indian kathak dancers, voices from Iran and the Roohani Sisters themselves reminded how close music is sometimes apparently distant but he was short of time and did not take advantage of the ingredients to experience more of their flavor together.

If the Roohani Sisters triumphed on Friday on the same stage, Ibrahim Maalouf's was volcanic, a continuous party between trumpets, saxophones and sousaphones that, in that bridge between cultures that he himself is, had something Balkan. A Maalouf that perhaps was not obvious at a sacred music festival, but who remembered where he came from: “Sacred music has built me. When he played classical music he listened to Bach, he was my God. And when I listened to American music my main influence was gospel. And when I listen to Oum Kalthoum I have the impression that he sings as if in prayer. I feel at home here”.