In photography I have done everything. 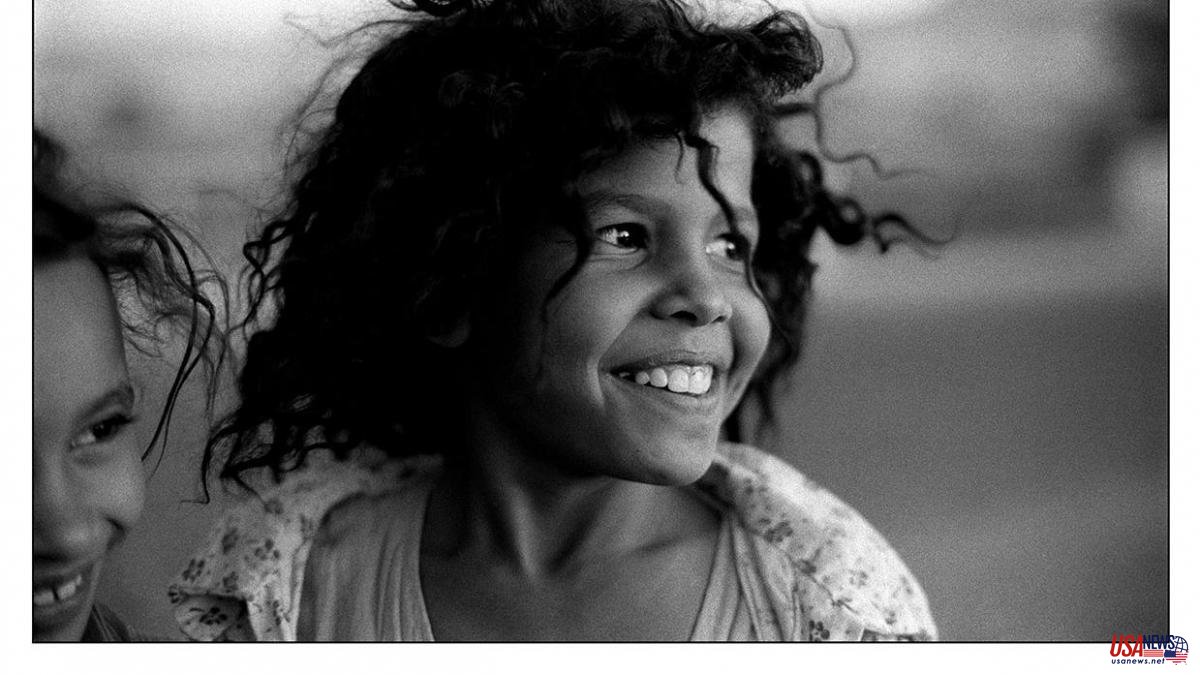 In photography I have done everything. I went to morgues, to factories, I photographed rich people, I took fashion photos... But what remains are the photos I took just for myself, on the go”, confided Sabine Weiss (Saint-Gingolph, 1924- Paris, 2021 ). Images that arose from the observation of life and from the photographer's ability to establish immediate connections with the people she met, no matter how fleeting the encounter was. Like that barefoot and ragged boy she came across in 1959 on one of her trips to Spain and who, in front of her camera, pretends to be a horse, rearing up with a stick as a bridle in her mouth, playing proudly and happily for her . Her friends look at him with the same astonishment and delight that he provokes us today.

It was his favorite photo, and Weiss selected it along with a hundred others to be part of Observando la vida, his first retrospective in Spain, which opened its doors yesterday at La Bòbila in Palafrugell as part of the XII Xavier Miserachs Biennial of Photography.

Sabine Weiss, who died last December at the age of 97, was dismissed as "the last humanist" and the only woman in the post-war French school, in which greats such as Robert Doisneau, Brassaï and Willy Ronis participated. "But she is still a great unknown," says María Planas, the director of the Biennial, who began working on the exhibition hand in hand with the photographer. In the bright space of the building that housed the oldest black cork ovens in Spain, a good part of the photographs that Weiss called his “secret garden” are shown, black and white photographs that he understood as part of his “intimate reserve”, for your own enjoyment.

Before turning thirty, he was part of important exhibitions such as Postwar European Photography and the decisive The Family of Man by Edward Steichen, both at MoMA, but he did not even go to see them. She had been handling a camera since she was 18, making a living doing fashion photography, travel reporting and other commercial work, but she considered herself a “craftswoman”, not an artist.

It was her friends and her husband, the American painter Hugh Weiss, who organized a first exhibition at the Maison de la Culture de Noroit, in Arras, where, as she later recounted in Intimes Convictions (Contrejour, 1989), “opening the drawers to I also opened the others for myself (...) I realized the coherence of my work, to which I should have dedicated more time. I shouldn't have let myself be devoured by advertising, fashion and reports about the snobbish world. I rediscovered myself, I rediscovered my identity.”

In those same pages he discovers some of the keys to his work: “Curiosity devours me: I would like to enter each house, to discover the lives of others. I sometimes enter forbidden places. With my camera it is possible to enter into a dialogue with strangers. I hide my shyness and scruples behind the lens... However, I forbid myself from photographing scenes that could hurt or annoy the subject. There are also some too intimate, dangerous or simply inaccessible. (...)”. And he concluded: “I like to wait, that things come my way, that the event and I meet in the middle of the road”.

"I don't believe anything: I'm just a witness to what I see and what interests me, which has always been the human being," Weiss would say at another time, who for six decades traveled constantly and around the world for The New York Times, Newsweek, Life, Vogue, Elle...

His insightful gaze celebrates everyday life from a sensitive and close perspective that quickly identifies what is extraordinary in it. He directs it above all at children, homeless people, street sweepers, gypsies... A little beggar with a dirty face and a frown captured in Toledo in 1949; another boy who pushes a girl and knocks her to the ground in a field (she called it Audacity); the little gypsy who still hasn't raised two feet from the ground and is already the center of a flamenco spree; the little miner with his nose smeared with coal or that barefoot son of a sailor with a hole in his jacket who looks at her defiantly with a bottle bigger than him in his hands.

Weiss, who was able to enjoy a late recognition especially after the great exhibition dedicated to her by the Jeu de Paume in Paris in 2016, which would be followed by other important exhibitions at the Center Pompidou or Les Rencontres d'Arles, was also an extraordinary portraitist of artists, musicians and writers, many of whom were his friends, such as Giacometti, whose studio was next to his house, Miró, Jean Dubuffet, Fernand Léger, Robert Rauschenberg, Samuel Beckett, Niki de Saint Phalle, Jeanne Moreau, Maria Callas... which in La Bòbila cover an entire wall. Of her, there are also her images of her at night in Paris, made during her night walks with her husband, whom we see running up the street, acting for her, in her iconic The Running Man.

Women, in this case on the other side of the camera, are once again the protagonists of the XII Xavier Miserachs Biennial through the eyes of Català-Roca, who at the Museu del Suro has brought together a wide selection of sixty images showing their multiple interests and registers when portraying them. Sexy women whom he surprises walking backwards through Madrid, contemplating a Velázquez exhibition at the Prado Museum, sunbathing in Gran Canaria or plowing with a camel in Lanzarote, dancing on Montjuïc with the family of La Chunga or reduced to their Sunday-dressed feet seen from below in a portable bullring in Carrascosa del Campo.

The photographer, whose centenary is being celebrated, is the subject of a second exhibition at the Fundació Josep Pla that illustrates how the photographer dialogued with and illustrated the words of the writer in the Catalunya guides; Majorca, Minorca and Ibiza; The Costa Brava and El que hem menjat.

"Icons of what?" Also women, in this case women during the Civil War, regardless of the side in which they fought, are the protagonists of a new exhibition at the Municipal Theater that reopens the red box of Antoni Campañà, whose existence was not known until it was discovered in the garage of his house in Sant Cugat in 2017 and of which the MNAC offered a large sample last year.

Now the protagonists are the libertarian militia women who left to fight at the front (they were soon relegated to minor tasks), but also those who remained doing administrative tasks or surviving among the ruins. Campañà also portrayed anarchists and Falangists trying to put badges on men in suits on the Rambla and how some of them reject them.

The melancholy and silent Morocco subtly portrayed by Ferran Freixa, who died a year ago now (in Can Mario, by the Fundació Vila Casas); the Costa Brava of the sixties that Xavier Miserachs began to frequent (at the Hotel Llevant in Llafranc); the humanitarian emergencies that the world is facing today (When everything collapses , by the documentary photographer Anna Surinyach, in the Fòrum space of the Vitel la bookstore) and the migratory phenomenon on the border of southern Europe (Martí Albesa, in the Public Library) are other exhibitions programmed by the Xavier Miserachs Biennial until October 9.