Sabina takes off her hat for Almudena Grandes 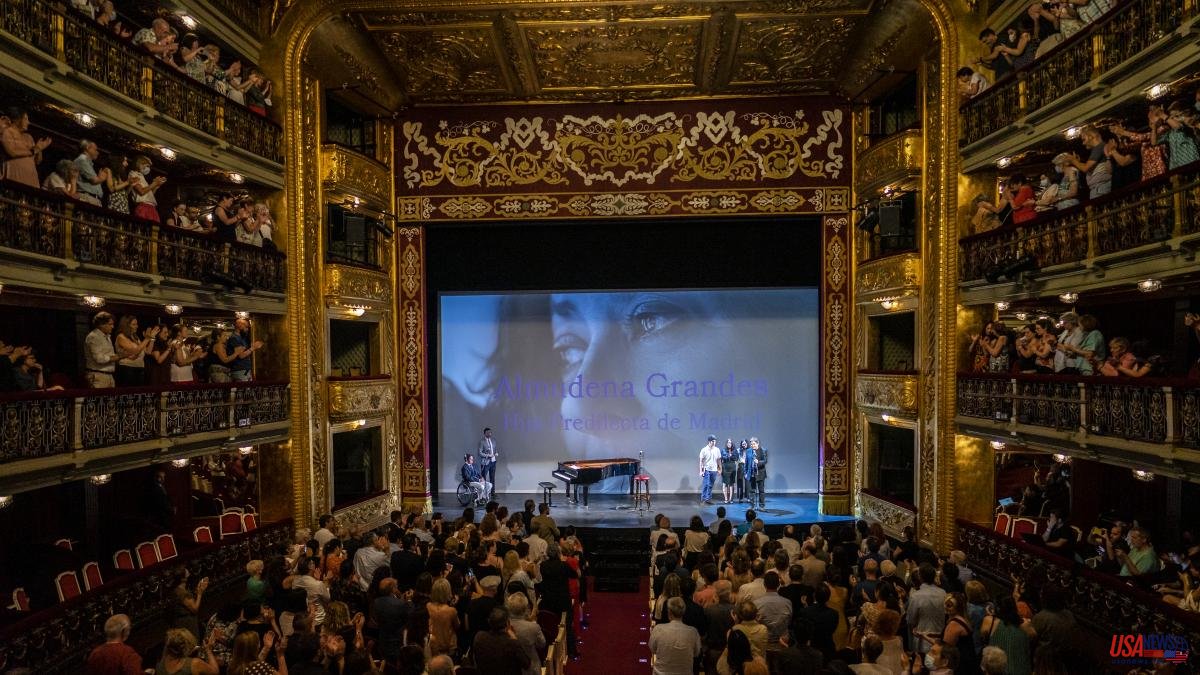 "Good evening, dear Almudenos." Although Miguel Ríos was among the audience –and Baltasar Garzón, and the writer Sergio Ramírez, and the Minister of the Presidency, Félix Bolaños, and countless friends and readers from the Almudenos club who filled the Spanish theater in Madrid– the one who pronounced the words from the stage was a fragile and emotional Joaquín Sabina. “Good night, dear Almudenos, as she called us to the whole brotherhood and was dying of laughter”, he recalled about Almudena Grandes, who died at the age of 61 in November and yesterday, after endless controversies, named Madrid's favorite daughter who portrayed forever.

In a sober ceremony on the main stage of the City Hall but, yes, without the mayor or the deputy mayor, who raised scheduling problems, although Martínez-Almeida caused a fire in January by assuring that the author of The Ages of Lulú did not deserve to be favorite daughter and who supported the distinction because the split-off Carmenistas of Más Madrid demanded it to approve their budget. Yesterday the delegate of Culture of the City Council, Andrea Levy, was in a box, and the appointment was given to the widower of Grandes, the poet and director of the Cervantes Institute, Luis García Montero, and his three children, the president of the municipal plenary.

It was an act full of love for Almudena and love for words. As if she were an outstanding student of Wittgenstein, the voice of Grandes recalled at the beginning of the ceremony that “language is the expression of thought, there is only what we can say, and we can only think what we can say, what we cannot name. with words it does not exist”. And words were not lacking last night. Those of García Montero, who read a love poem to Almudena and who, together with the pianist Rosa Torres-Pardo, wrote the lyrics to the fandango of the Goyescas de Granados, the Fandango de Lavapiés. “Almudena was fond of music but she did not sing well. When Sabina took out the guitar and we began to sing, there would come a time when Ángel González, in the middle of a ranchera, forbade Almudena and Chus Visor to continue singing, ”he recalled with amusement. He also recalled how they ended up having a cat: his children found one and, foreseeing his rejection, they baptized him Negrín. He stayed home. Blanca Portillo read texts by Grandes and the writer Marta Sanz analyzed Almudena's Madrid. And Sabina ended as the narration demanded: “You don't know why I always wear a hat? Because I was waiting to take it off in honor of Almudena Grandes”. She did so to thunderous applause.