Away from the stage since the fall he suffered at the Wizink in Madrid in 2020, Joaquín Sabina announced this Saturday in San Sebastián a new album produced by Leiva and a tour of America and Spain starting in February. 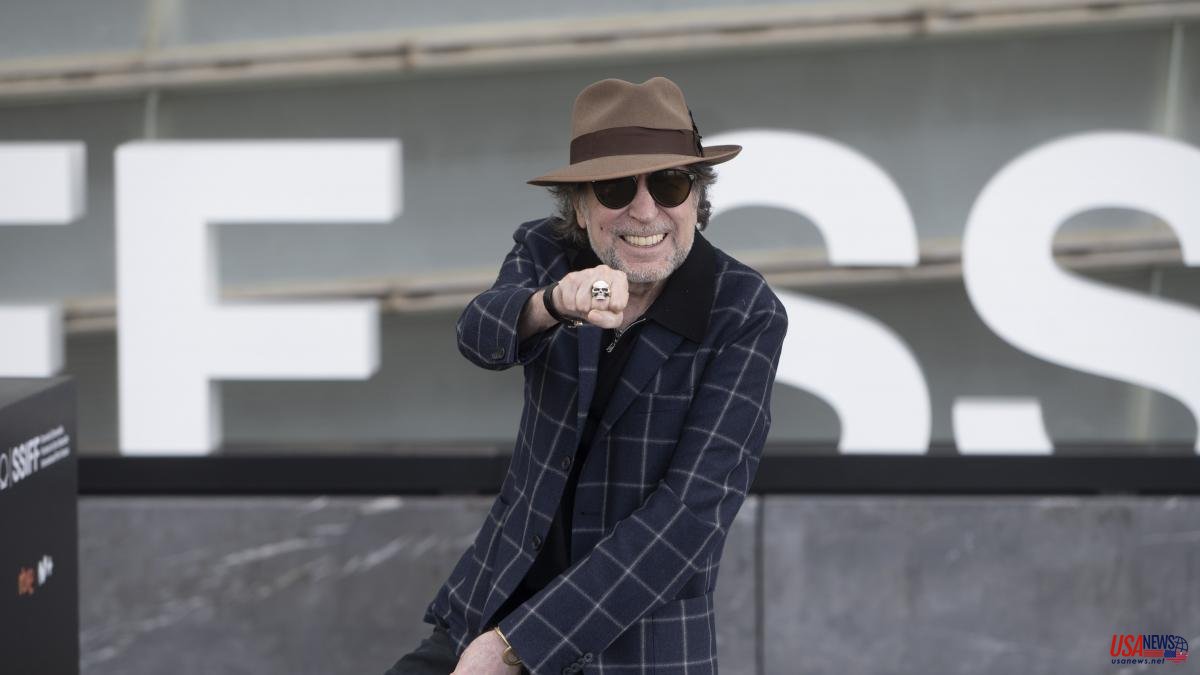 Away from the stage since the fall he suffered at the Wizink in Madrid in 2020, Joaquín Sabina announced this Saturday in San Sebastián a new album produced by Leiva and a tour of America and Spain starting in February.

"I'm not going on tour if I don't have new songs", Sabina said at the press conference for the presentation of 'Sintilo mucho', the documentary about her figure that Fernando León de Aranoa has shot and that tonight will have its world premiere in the Velodrome section of the San Sebastian Film Festival.

After the success of "I deny everything" (2017), his first album with Leiva as producer, the 73-year-old musician from Úbeda (Jaén) has confirmed that "there will be another" and that he hopes it will be released at Christmas.

As for the tour, it has only advanced that it will start at the end of February in Latin America, which will include Argentina and then come to Spain and America again. "We are signing concerts," she pointed out.

The documentary, which does not yet have a theatrical release date, collects moments shared between the filmmaker and the singer over thirteen years, from the last concert at the Wikink with Serrat to meetings with friends in his apartment in the Madrid neighborhood of Tirso de Molina, a tour of Mexico or a tribute received in his native Úbeda (Jaén).

León de Aranoa, winner of the last Goya awards with "El Buen Patron", has said that it all started by chance and that it was Sabina who invited him to go on a car trip with him and with the writer Benjamín Prado, to whom he could take the camera.

It was the first of many moments recorded without a plan or roadmap of any kind, until three or four years ago he decided to compile it and look for the structure of the documentary.

"I have succeeded in the microgroove and now I want to succeed in celluloid", said a smiling Sabina who linked one ingenious phrase after another, with a voice, yes, very deteriorated.

"Once I had a better voice and the record company told me that this way we wouldn't sell a record... it's a marketing strategy, I make people feel happy because they think they sing better than me," he continued joking.

That sense of humor is very present in the film that voluntarily renounces any hint of solemnity. "The artist must take what he does seriously, out of respect for the public, but not for himself, solemnity is the end of any artistic adventure and we have avoided it like the plague," the singer stressed.

León de Aranoa, who premiered another documentary about Podemos in 2016, explained that his purpose with Sabina was never to make a testimonial with people giving their opinions, but rather to collect "living moments", including the complicated ones in which "you really understand what a person".

He was referring, for example, to the day in which the singer, a great fan of bullfighting, went to greet José Tomás at the bullfight in Aguascalientes (Mexico) in which he received a serious goring and, with the uncertainty about his state of health , went on stage and performed before 8,000 people.

Sabina says that she has placed all her trust in León de Aranoa to make this documentary. "I gave him the key to enter, said in Spanish, to catch me shitting and he has done so, it is not a hagiography to the greater glory of an artist, but a piece of a singer's life, nothing more".

He has confessed to being a "fatal" spectator of himself. "I am more modest than my caricature says; my wife, who is not at all given to giving compliments, fundamentally to me, told me as soon as she saw that Fernando had taken my soul."

"I thought it was a tremendous rudeness, I'm ashamed to show my ass so my soul...".