Ryanair warns: “We are not going to sit down and negotiate”

"We are not going to sit down and negotiate with the unions that have called this strike. 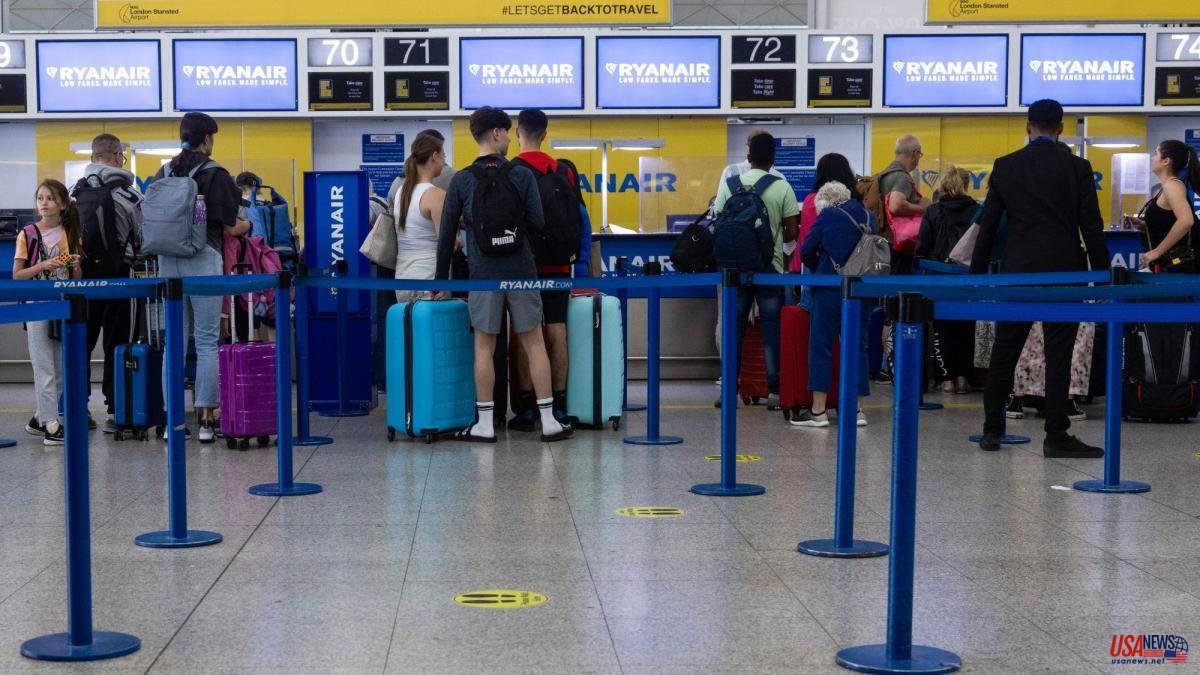 "We are not going to sit down and negotiate with the unions that have called this strike." This is how forceful Elena Cabrera, country marketing and communication manager of the Irish airline, is shown while explaining to La Vanguardia her position in the face of the strikes that the company is facing in Spain from tomorrow, August 8, and which threaten to spread to every week from Monday to Thursday until January 7, 2023.

The strong offensive by the USO and Sitcpla, the unions that represent cabin crew, does not seem to scare the airline commanded by the eccentric Michael O'Leary. “The strike called for July has made a lot of noise in the media because they have taken advantage of the perfect storm of the conflictive situation at the airports to write down so many flight delays and other inconveniences. The truth is that we have managed to maintain 96% occupancy and the number of cancellations has been minimal compared to the total number of flights we operate”, explains Elena Cabrera.

It is based on internal data, but also on a report by the analysis company Cirium published by Bloomberg, which analyzes the flights canceled during the last three months, with data up to July 26. The cancellation rate given to Ryanair is 0.7%, which places it in thirteenth place of the 19 airlines analysed, behind many of its European competitors such as Lufthansa (3.1%), British Airways (3%), Iberia (1.4%) or Air France (0.9%), among others.

In other words, the spokeswoman for the Irish airline comes to say that the strikes do not affect them. For this reason, she definitely gets up from the negotiating table that she has shared since 2017, with the representatives of USO and Sitcpla to negotiate a labor agreement that complies with Spanish legislation and includes the requirements demanded by these unions. From its entry into Spain in 2002 until that year, it had been operating under Irish labor law, where coverage for workers is more lax. “A negotiation is something that both parties must be willing to compromise on. These unions are not. They have been entrenched since 2017, with unaffordable demands such as salary increases of more than 167%. Since 2002 we have negotiated in all the countries in which we operate and with all the groups and we have reached agreements with all of them except USO and Sitcpla in Spain”, assures Cabrera.

After four years of unsuccessful negotiations with the USO and Sitcpla, the positions between the representatives of the Ryanair crew and the company are further apart than ever. The reason is that, on May 31, the airline presented an agreement in Madrid with CC.OO., one of the majority unions but which had not been present until that moment at the meetings between the Irish airline and the cabin crew. Spanish people. “We do not see the point of continuing to negotiate when we have already reached an agreement with CC.OO. which will end in 2023 with the signing of a collective agreement”, explains Cabrera.

From USO, they describe this signature as "a maneuver" to circumvent their obligation to adapt the working conditions of cabin crew to Spanish law. “In them, no cabin crew has been negotiated and those who have signed are unaware of the reality of these workers. Until now they had never been at the negotiating tables. It is a farce”, affirms Lidia Arasanz, general secretary of USO-Ryanair.

She explains that the claims that they have currently put on the table to call the strike refer to rights for which the union has already obtained the support of the National High Court. “CC.OO. It has not negotiated a salary increase, because they start from the subscribers after the covid crisis. The Court has recognized that we must return to the conditions that were unilaterally taken from us when the pandemic broke out. The same goes for warrants. We only ask, and justice has proved us right, that they return to us what they took from us,” Arasanz claims. In addition, she demands the reinstatement of the 11 crew members fired for participating in strikes and the stoppage of the hundred citations to disciplinary meetings for the same reason. “They say that the strike does not affect them? Let's see if customers dare to contract for the coming months knowing that their flights may be canceled”, Arasanz challenges.