According to a Tuesday statement, Sievierodonetsk is still the focus of fighting in eastern Ukraine, despite the fact that Russian troops control around 80 percent of the city, and have destroyed all three bridges leading from it. 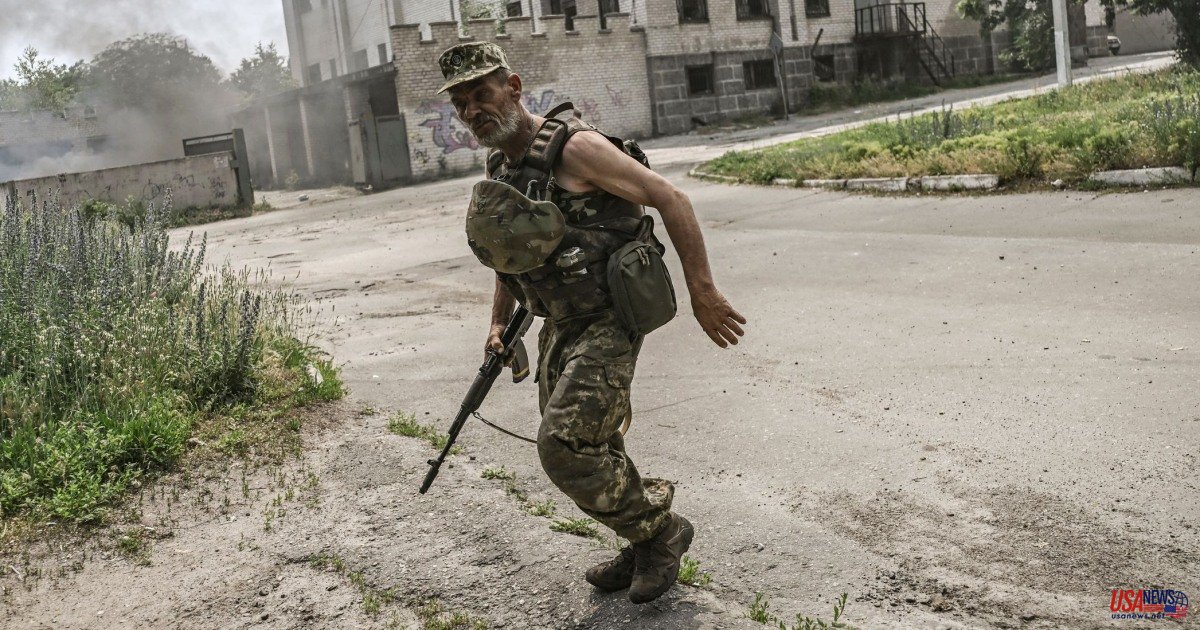 According to a Tuesday statement, Sievierodonetsk is still the focus of fighting in eastern Ukraine, despite the fact that Russian troops control around 80 percent of the city, and have destroyed all three bridges leading from it.

"There are still opportunities for evacuation of the injured, communication with Ukrainian military and residents," Serhiy Haidai, Luhansk region governor, told The Associated Press via phone.

He said that Ukrainian forces were driven to the industrial outskirts by the Russians' use of heavy artillery and scorched earth methods.

Around 12,000 people still live in Sievierodonetsk. This is a city that had a population of 100,000 before the war. According to Haidai, more than 500 civilians have taken refuge in the Azot chemical facility, which is being relentlessly attacked by the Russians.

The governor stated that 70 civilians were evacuated from Luhansk in the last 24 hours.

Russia continues to pound the Donbas region in Ukraine day after day with artillery and aerial raids. Slow but steady progress is being made towards capturing the industrial heartland of its neighbor.

It's now the fourth month of the conflict, and it's a high stakes campaign that could determine the course of the whole war.

Russia winning the Battle of Donbas will result in Ukraine losing not only its land but also its largest military force. This will allow Moscow to seize more territory and dictate its terms for Kyiv.

Failure by Russia could lead to a counteroffensive in Ukraine, which could possibly cause political turmoil for the Kremlin.

Pope Francis, however, has condemned the "ferocity of cruelty" of Russian troops in Ukraine and praised the "heroism and courage" of Ukrainians who are defending their homeland.

Francis made some of the most direct comments about war during a meeting of European editors of Jesuit journals. These excerpts were published in Tuesday's Italian dailies La Stampa e Avvenire.

Francis was harshly critical of Russia's invasion but also said that there were no "good guys or bad guys" and that Russia was, in some cases, provoked by NATO’s expansion to the east.

Francis stated, "But you are for Putin!" It would be simplistic and untruessful to say such things. I'm against simplifying the distinction between good or bad without considering roots and interests which are extremely complex.

Francis also praised the courage and strength of the Ukrainians, and reaffirmed their right to defend themselves. He also criticized what he called the financial interest of weapons manufacturers in the war to "test and sale weapons."