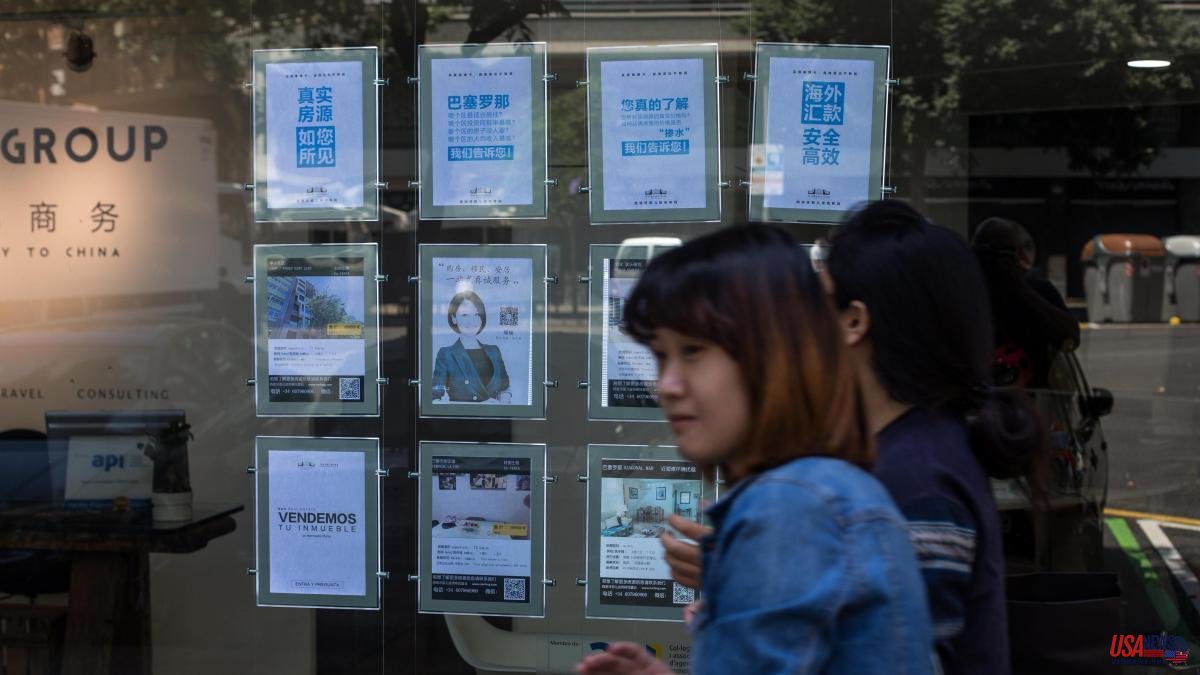 Foreigners bought 9,847 homes in Catalonia last year (24.7% more than the previous year) and have accelerated their purchases even more this year, but they no longer buy the same: Dutch, German, Moroccan and Moroccan buyers have skyrocketed. Romanians, while buyers from China and Russia, who once had specialized real estate, have collapsed.

Luis Fabra, director of the Gamerin consultancy, yesterday presented a study carried out for the Association and the Official Col·legi de Agents de la Propietat Immobiliària (COAPI) on international buyers. The Russians, explained Fabra, were big buyers during the years of the bubble "but then the bad evolution of the ruble and the political tensions with the EU have reduced their purchases", which are now at a minimum. The Chinese, for their part, collapsed their market share after the pandemic and last year they bought only 418 homes in Catalonia.

In Catalonia, foreigners bought 11.05% of homes last year (10.8% in Spain as a whole). But 74% were citizens already residing in the community. Thus, although the French remain the main buyers in Catalonia (with 1,889 homes and an increase of 10%), behind them buyers from Morocco (which grow by 31%), Italy (21%) and Romania (26%) stand out. . The groups that grew most strongly were the Germans (42% more) and the Dutch (54% more). In the large resident groups, the collapse of Argentines compared to the figures of a few years ago also stands out, although according to real estate agents it is a statistical mirage: the majority already arrive in Spain with community nationality, especially Italian and German, and are counted in these nationalities.

The study of the APIs highlights that in the first quarter the sales of before the covid have already been exceeded in Spain, and that the trend will continue this year. "Foreigners give stability to the market, because their purchasing power depends on the situation in their countries of origin, not ours," said Fabra.