Increasingly in armed conflicts, communication is a very powerful resource, if not a weapon of enormous weight. 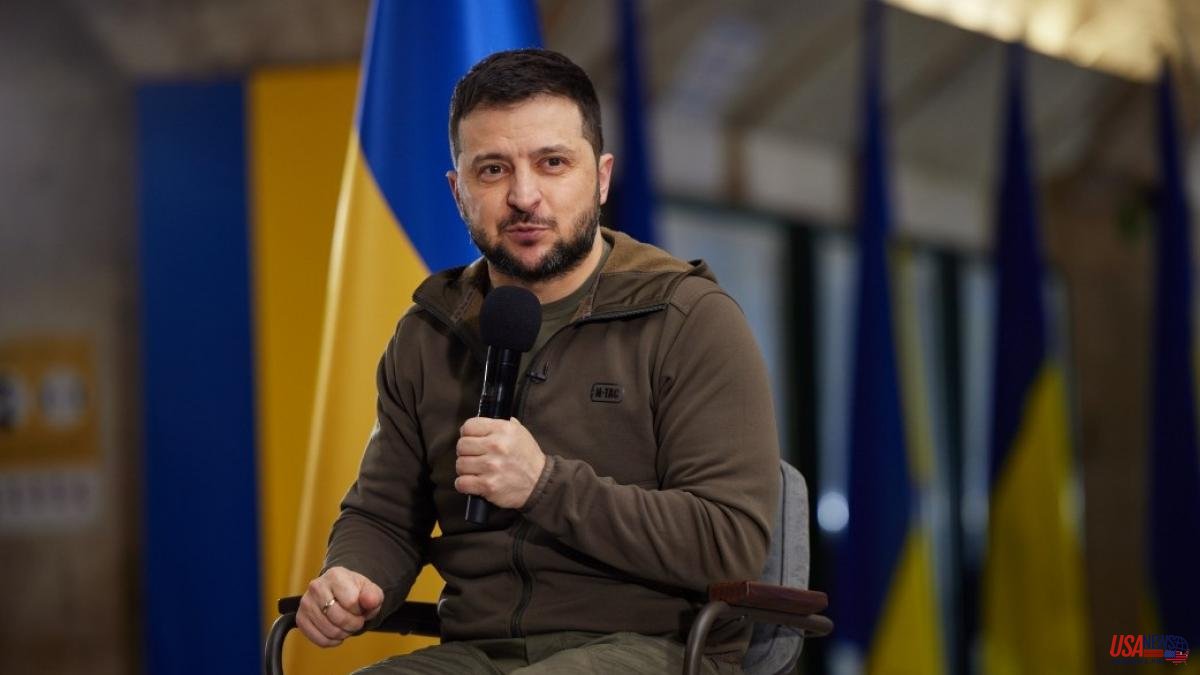 Increasingly in armed conflicts, communication is a very powerful resource, if not a weapon of enormous weight. NATO manuals say so. The specialties of strategic communication (stratcom, as they are referred to in the West) are strengthened day by day. The strategic communication launched by Russia in relation to Ukraine has been to remain silent. The Ukrainian stratcom has been very different, almost the opposite.

The space left by the Russian wall of silence in terms of narratives is being filled by those responsible for the Ukrainian stratcom with varied content and not always keeping due respect for the truth. Beyond the cinematic appearances of President Zalenski, on the side of the invaded "very detailed damage counts are made that have a touch of manipulation," Francisco José Gan Pampols, lieutenant general of the Army in the reserve, explains to this newspaper. .

It is not necessary to be an experienced analyst but a simple spectator to realize that there is an information war between the two sides of a war unleashed by the Russian invasion. The information combat of kyiv is more active, while Moscow practically does not broadcast tactical information.

However, what happens in the social media in each country is different. The editorial lines of newspapers, radio and television may be influenced by the stratcom of the general staffs of both contenders, but the information that is transmitted is not tactical, at least not in the case of Russia. It cannot be said that silence prevails, for example, in certain Russian television programs where, by the way, there is continuous reference to a possible nuclear war.

“We cannot trust any of them. Some lie and others hide the information”, comments the professor of International Law at the University of La Laguna and a specialist in conflict theory, Luis V. Pérez Gil, who also regrets that some Western media are monitoring information that in reality they are nothing more than propaganda.

Professor Pérez Gil brings up, for example, the enormous disparity with which both sides have reported their own casualties and those of others. In coherence with his stratcom, Ukraine, for example, recalls the academic, has assigned Russian generals "to non-existent units or has left others for dead that were not."

Nicolás de Pedro, head of research at the London think tank The Institute for Statecraft, goes a step further in the theory of communicative manipulation and affirms that it seems that the invasion was influenced by the fact that “Russia has ended up believing its own propaganda about Ukraine” in what refers, for example, to the fact that it is a country dominated by Nazis.

Completely removed from psychology, Professor Luis V. Pérez Gil, a specialist in conflict theory, affirms that the lie has indeed been able to influence the way in which Russia has conducted the invasion: “The military deceived the politicians about the internal situation in Ukraine and about the state of its armed forces in resounding intelligence errors. They also lied about their own capabilities that were inadequate or, in some cases, non-existent. Hence the lack of logistical support. The front troops could not replenish. Between 25 and 30% of the vehicles lost in the early stages were abandoned due to lack of fuel”.

Lieutenant General Gan Pampols faces the fact that information -or its absence- is used as a weapon of war with the naturalness of someone who has analyzed war scenarios at the highest level during, without going any further, his last assignment as head of the Barracks NATO Rapid Deployment General, based in Bétera, Valencia. It is not something new or unrelated to war. With extensive experience in missions abroad, Gan reviews: “It is something historical: Russia never recognizes casualties. We still don't know what he had in Afghanistan."