Alla Pugacheva, Russia's queen of pop since Soviet times, has joined the list of rock and pop stars in Russia who have spoken out against Russia's military intervention in Ukraine. 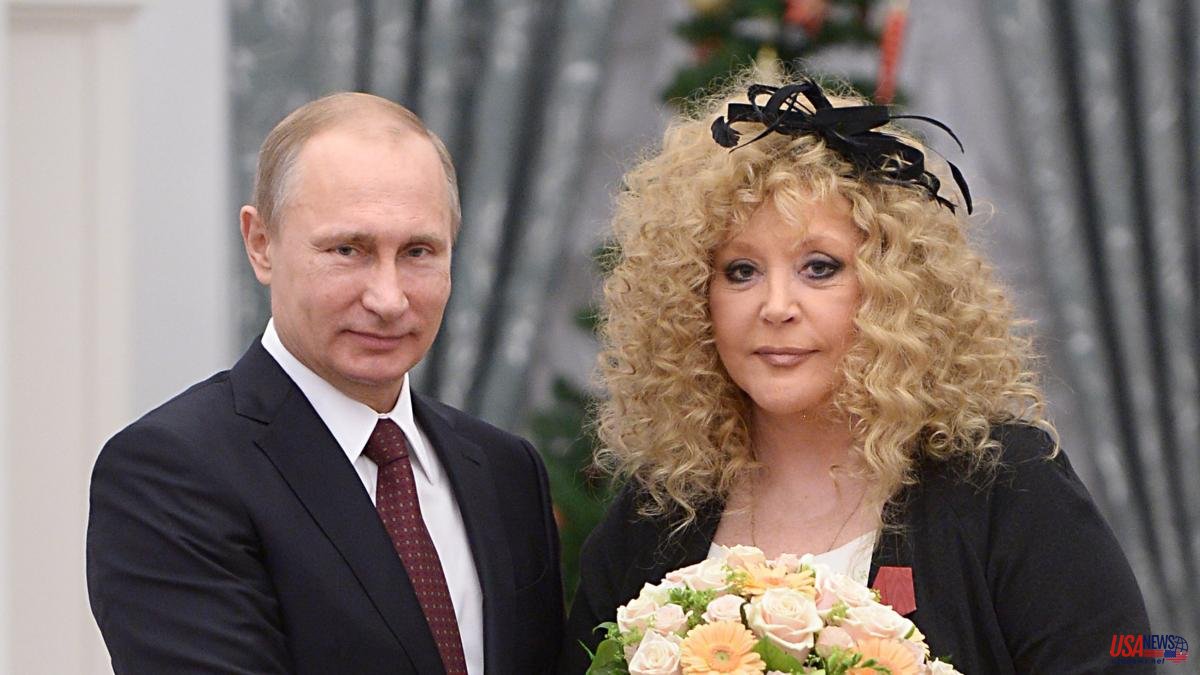 Alla Pugacheva, Russia's queen of pop since Soviet times, has joined the list of rock and pop stars in Russia who have spoken out against Russia's military intervention in Ukraine. The singer has said that soldiers are dying for "imaginary goals"

In a message on Instagram, she showed solidarity with her husband, the well-known humorist Maxim Galkin, whom the Russian Ministry of Justice recently included in the list of "foreign agents".

In her message Puchachova, 73, addresses the Ministry of Justice: "Please include me in the list of foreign agents of my beloved country, since I stand in solidarity with my husband, an honest, decent and sincere man, a true and incorruptible patriot of Russia who wants his Motherland to flourish in peace, with freedom of speech, and wants an end to the killing of our boys for imaginary goals, which has turned our country into a pariah state and turned the life in a burden for our citizens".

Galkin, 46, was placed on the "foreign agents" list on September 16.

Labeling an organization or person a "foreign agent" has connotations from Soviet times, where it was associated with little less than being a spy. Whoever receives this label is obliged to record it in all content that he publishes or every time it appears in the media.

After the start of the "special military operation" (official name given in Russia), Pugachova, Galkin and their children left Russia and moved to Israel.

Galkin has performed this summer in that country and in Europe in comedy shows in which he has been highly critical of the policy of Russian leaders regarding Ukraine.

Pugachova returned to Russia this summer "to put things in order, in my head and in your head," she told local media. Her return coincided with the passing of the last leader of the Soviet Union, the father of perestroika Mikhail Gorbachev, whose funeral and burial she attended.

Alla Pugachova is one of the best known and most popular personalities in Russia and in the ex-Soviet space, as her songs, movies, shows or television programs have accompanied generations since the 1970s.

Although the artist does not mention the word "war" in her message, her rejection of the conflict and her desire for it to end are evident. With him she joins a list of colleagues who in recent months have spoken out against Russia's military operation in Ukraine. Among them, Yuri Schevchuk (leader of the rock group DDT) stands out; Andréi Makarévich (Máshina vrémeni, The Time Machine); Borís Grebenschikov (Akvarium), Oxxxymiron (stage name of Mirón Fiódorov); and rapper Noize MC (Iván Alexeyev).