A sign of patriotism and support for power in Russia, since Thursday the St. 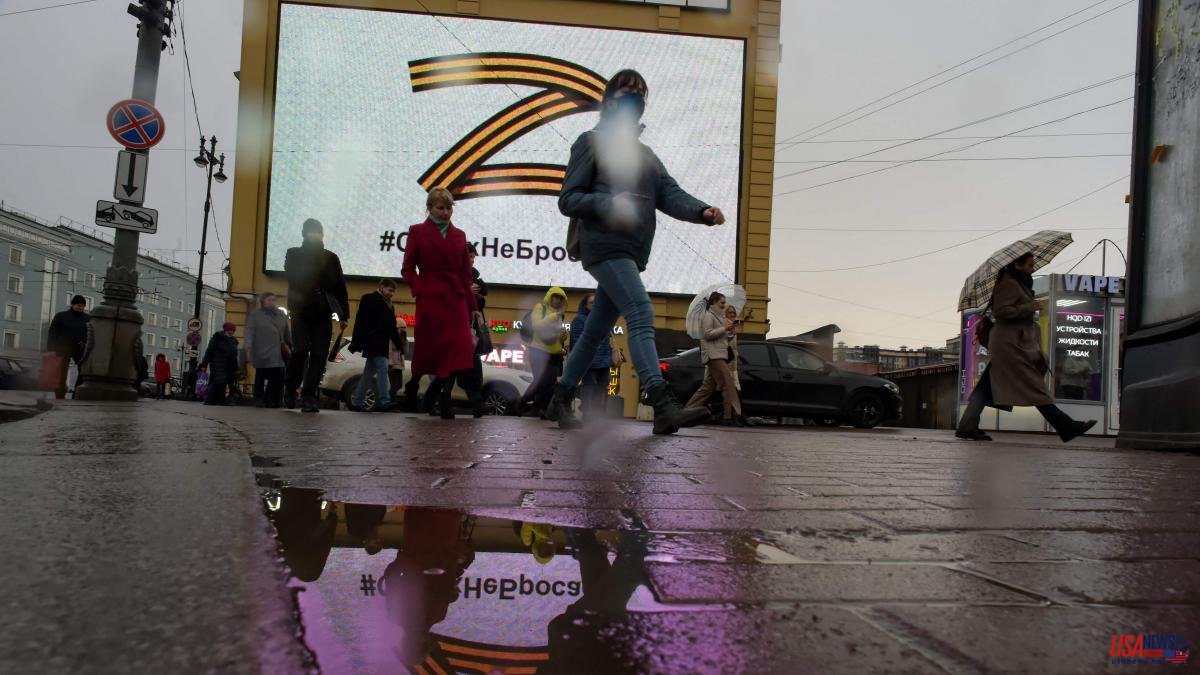 A sign of patriotism and support for power in Russia, since Thursday the St. George ribbon (three black stripes interspersed with two orange ones) is protected as a "symbol of military glory." In the law signed by Russian President Vladimir Putin, it is said that it can only be used at events "dedicated to notable dates in Russia" or "for the patriotic and moral-spiritual education of citizens."

With the new cataloging, insulting or desecrating it in public can be considered a crime, according to the law against the "rehabilitation of Nazism", which provides for penalties of up to five years in prison and fines of up to 5 million rubles (63,000 euros).

The tape dates back to 1769, when Catherine the Great established the order of Saint George. The medal that was awarded had a ribbon of black and yellow colors, which later became orange.

In 1945, the USSR used these colors (orange and black) for a medal with which it celebrated the victory over Nazi Germany in World War II.

Later, those colors became part of the acts of May 9, Victory Day. She was displayed in the form of a bow in street decorations and parade-goers in Red Square wore her pinned to jackets and dresses.

In 2014, activists who supported Russia's annexation of Crimea and its involvement in the Donbass war used the ribbon as a symbol.

During patriotic dates and celebrations, today in Russia you can see it everywhere. Many people carry the tape tied to their bags, on antennas or car rear-view mirrors, and it appears on numerous billboards, sometimes on public transport.

Since 2015, a red poppy has been used in Ukraine to commemorate the victory over Nazi Germany.

In Ukraine, Germany, Moldova, Georgia, Latvia, Lithuania and Estonia, public display of the Saint George ribbon has been banned, as they believe it to be a symbol of the Russian invasion of Ukraine. In April, when Moldova banned the showing of the tape, Russia called it a "betrayal."