Any public exhibition, mention of homosexuality or support for the LGTB community may be persecuted in Russia when the new law against gay "propaganda" is definitively approved. 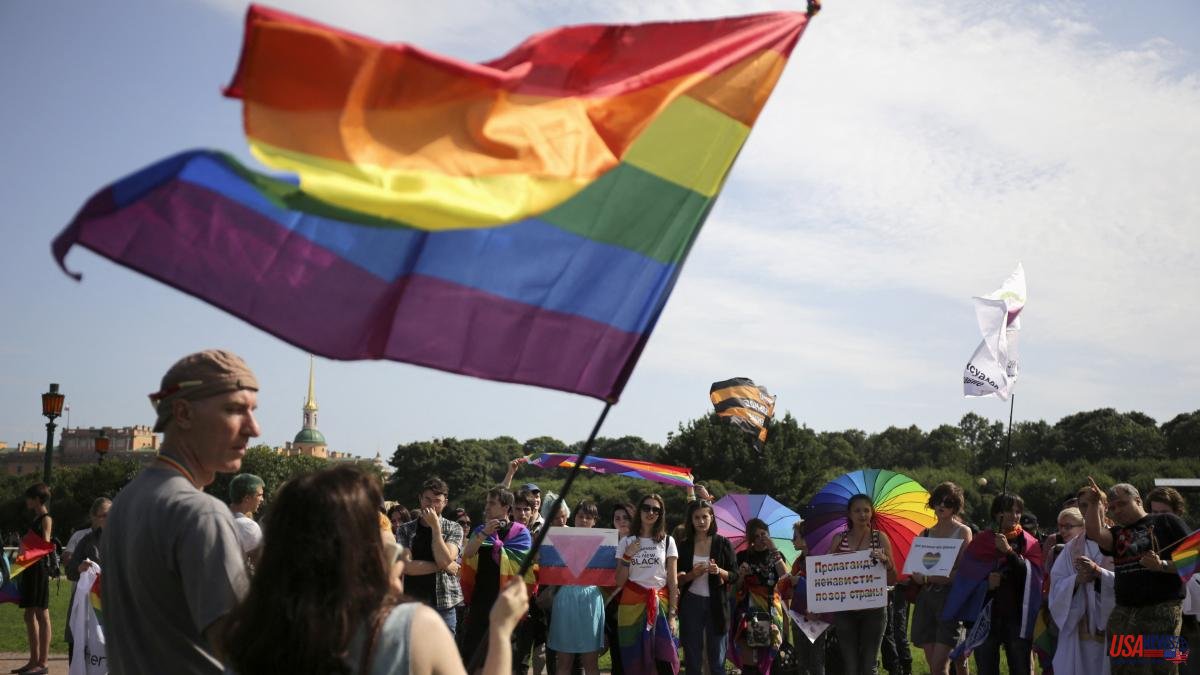 Any public exhibition, mention of homosexuality or support for the LGTB community may be persecuted in Russia when the new law against gay "propaganda" is definitively approved. The new rule extends the existing one, which prohibits advertising among minors, also to adults. This Thursday the Duma (Lower House of Parliament) approved the law in a first reading unanimously.

The deputy author of the project, Alexánder Jinshtéin, pointed out that the total prohibition of the LGTB group is not considered, and that it would be nonsense. "Whether we like it or not, it exists," he assured. And he added that the goal of the new law "is to stop the propaganda." For this, "the sanctions are more than substantial."

The new wording strictly prohibits the "propaganda" of "non-traditional sexual relationships or preferences" both in the media and on the Internet, books, movies, advertising and audiovisual services.

According to the Duma website, the law will tighten the requirements for the advertising sector. Similarly, films that "promote non-traditional relationships" will not be granted a rental license.

Disseminating information "among people of any age" about the LGBT community can be punished with up to 400,000 rubles (6,500 euros). If the offender is a company, the fine can be up to 5 million rubles (81,200 euros).

The currently existing law, against propaganda directed at minors, was passed in 2013. Relying on it, the Russian authorities have banned the holding of gay pride marches or arrested activists who have attempted to demonstrate.

The deputies maintain that with this law they defend the morality of the Russian tradition against what they consider "non-Russian" liberal values ​​in force in the West.

"We are not prohibiting references to LGTB as a phenomenon. We prohibit propaganda, and the wording is extremely important here. The LGTB phenomenon is an element of hybrid warfare and in it we have to protect our values, our society and our children," said the Jinstein last week.

For the law to be definitively approved, two more readings are necessary in the Duma. It will then go to the Federation Council (Upper House) and, in the end, must receive the signature of Russian President Vladimir Putin.

Viacheslav Volodin, chairman of the Dumna, said on Thursday that at the second reading it is possible that the law will be even tougher. It could expand the list of information that is prohibited from being disseminated to minors, including "information that could make children want to change their sex," Volodin explained.