Russia tightens the tap on the Nord Stream

Russian gas now flows in less abundance to Germany, and thus to other European countries, since Gazprom cut deliveries through Nord Stream 1, the gas pipeline connecting Russia and Germany, by 60% in the middle of last week. 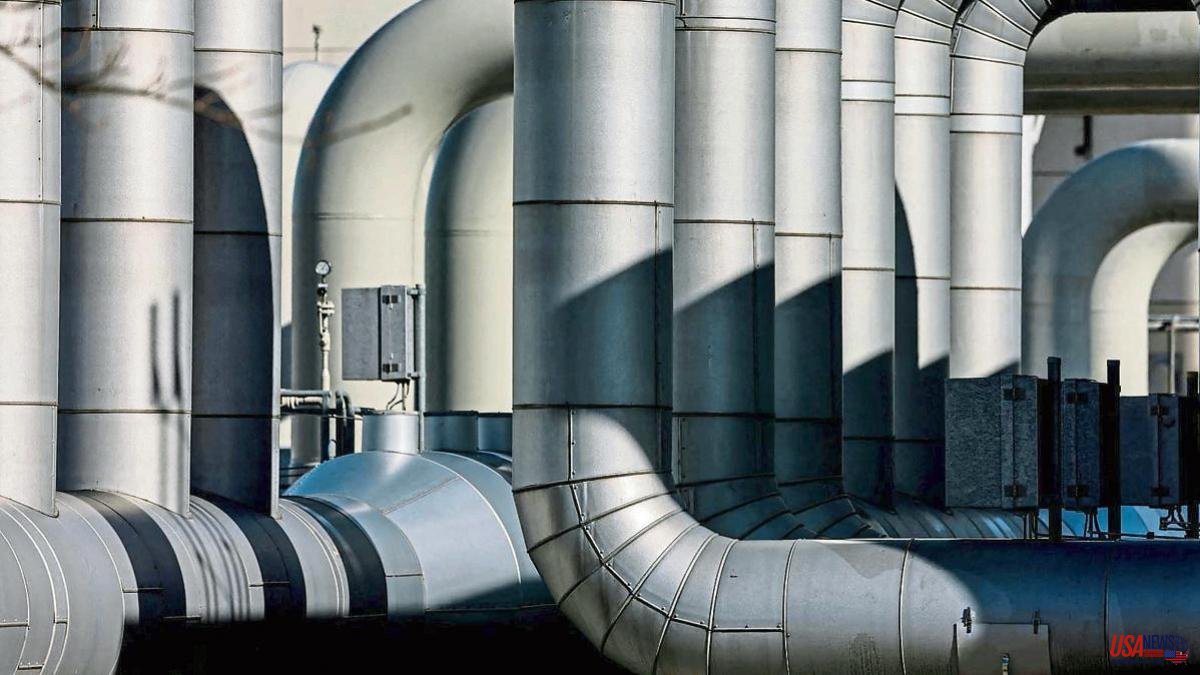 Russian gas now flows in less abundance to Germany, and thus to other European countries, since Gazprom cut deliveries through Nord Stream 1, the gas pipeline connecting Russia and Germany, by 60% in the middle of last week. across the Baltic Sea. The Russian company attributes the cut to a delay in maintenance tasks for technical equipment from the German company Siemens entrusted to Canada, due to Western economic sanctions imposed on Russia due to the war in Ukraine. But Brussels and several European rulers see what happened as a hostile act, a retaliation.

The beginning of the gas cut coincided with the trip to Kyiv by the German chancellor and the leaders of France, Italy and Romania to express to the Ukrainian president, Volodímir Zelenski, their support for Ukraine in its option to the status of a candidate country to join the Union. European (EU). The Kremlin denies that the cuts are premeditated, and this Thursday it assured that Russia “strictly fulfills all its obligations with Europe”. In practice, after four months of war, Moscow maintains a powerful energy key: 40% of the gas consumed in Europe comes from Russia, and last year deliveries were around 155,000 million cubic meters.

Germany, a country highly dependent on Russian gas –now 35%, at the start of the war 55%–, is trying to disassociate itself and analyzes the reduction as a weapon. “We must not have illusions, we are facing a test of strength with Putin; this is how dictators and despots act,” Robert Habeck, Germany's economy and climate minister, also said on Thursday. The reduction by Nord Stream 1 has affected Austria, France, the Czech Republic, Slovakia and Italy in a chain.

Spain, which is mostly supplied in Algeria (around 48.5% of imported gas, according to 2021 data), therefore depends much less than other European countries on Russian gas, which it also buys (19.3% of total).

For now, the decrease does not affect Europe in a serious way; it is summer and no heating is needed in the buildings. But the reduction occurs just in the warm months that countries must take advantage of to fill their deposits with gas for the winter, from Russia or other sources.

The objective in the EU for this November is to have the deposits at least 80% of their capacity. Now they are on average at 52%, according to GIE (Gas Infrastructure Europe), the association of gas infrastructure operators on the continent, a better percentage than last year at this time, but lower than the previous two years, reports Afp.

And a new cut is coming, this one is planned by technique in the calendar. From July 11 to 21, the Nord Stream 1 will carry out its complete annual closure for maintenance, which this time will be experienced with greater apprehension.

Due to the controversy that has surrounded it since its inception, the Nord Stream is the most well-known route for the arrival of Russian natural gas in the EU. On September 8, 2005, just ten days before the elections in Germany that led Angela Merkel to the chancellorship for the first time, the then Chancellor Gerhard Schröder received Russian President Vladimir Putin in Berlin, and both signed a German- Russian to build a gas pipeline across the Baltic Sea. The Social Democrat Schröder lost the election, and the conservative Chancellor Merkel inherited and blessed the project.

This is how the first gas pipeline was built, the Nord Stream 1, completed in 2012 and which has so far pumped 55,000 million cubic meters of Russian gas a year to the European market. From these beginnings, Ukraine, Poland and other European countries, both in the West and in the East, considered the German-Russian project as a geopolitical threat from Putin to Ukraine, a traditional transit country for Russian gas to Europe. Despite this, between 2018 and 2021 a second gas pipeline was built, the Nord Stream 2, which should allow shipments to be doubled. When the war was approaching, it was pending official German certification to be able to operate. Ultimately, it didn't even work.

However, the traditional gateway for Russian gas into Europe is Ukraine, which has continued to pump enemy gas through its pipelines despite the war. Its corridor mainly supplies Austria, Italy, Slovakia and other Eastern countries. But last May Kyiv closed the Sojranovka transit branch, located in Luhansk, alleging that pro-Russian separatists were stealing gas, and announced that it would not reopen until it had control of the infrastructure, part of which circulates through territory occupied by the invader. . That branch accounted for almost a third of the gas that Russia sends to Europe through Ukraine.