With the launch of its first artificial satellite, Sputnik (“fellow traveler”), Russia stuns the world on October 4, 1957. 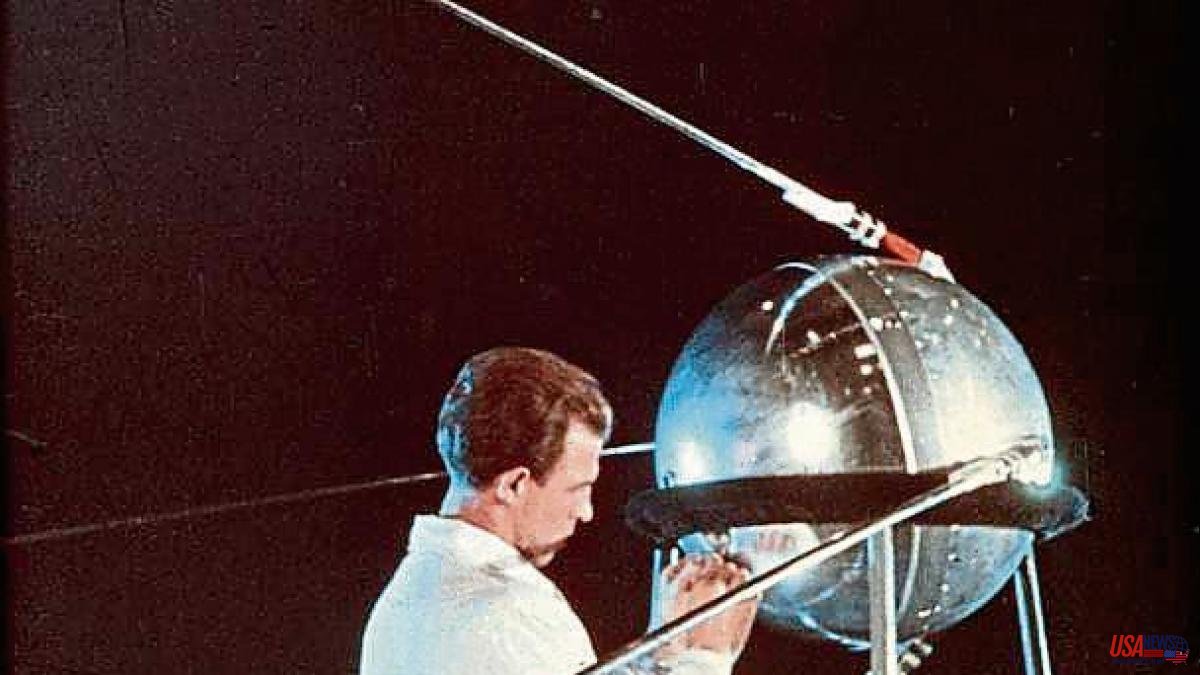 With the launch of its first artificial satellite, Sputnik (“fellow traveler”), Russia stuns the world on October 4, 1957. The unprecedented success of the event marks the dawn of the space age. The West, stunned, watches stupefied and frightened at a psychosis-inducing triumph over possible Soviet space supremacy for military purposes.

In November, Nikita Khrushchev, first secretary of the CPSU, in a display of chauvinism, decides to celebrate the 40th anniversary of the Bolshevik revolution by sending Sputnik 2. Occupied by a living being, it will show that it is possible to endure weightlessness and survive in orbit. A dog, Laika, will not live to tell about it. Four years later, Yuri Gagarin will emulate his feat successfully becoming the first cosmonaut in history.