Russia once again exercised the right of veto in the Security Council of the United Nations (UN) to prevent the approval of a resolution condemning the referendums (the result was already announced before they were convened) and the illegal annexation by Moscow from four Ukrainian territories, as President Vladimir Putin announced this Friday hours before. 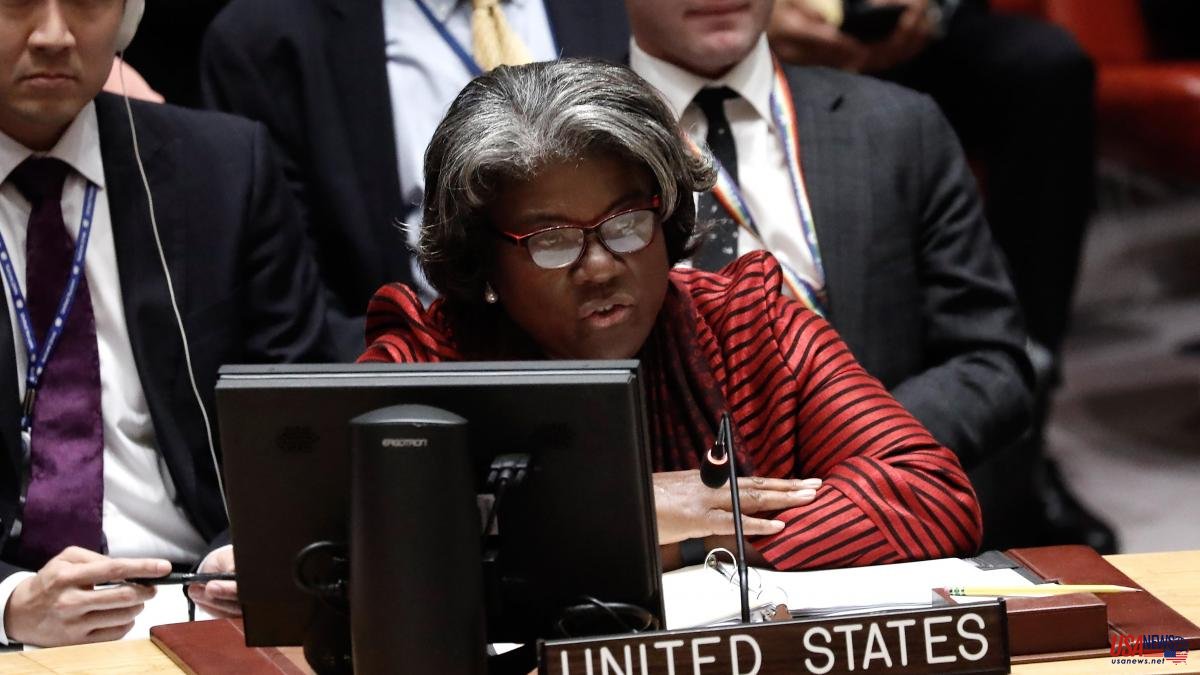 Russia once again exercised the right of veto in the Security Council of the United Nations (UN) to prevent the approval of a resolution condemning the referendums (the result was already announced before they were convened) and the illegal annexation by Moscow from four Ukrainian territories, as President Vladimir Putin announced this Friday hours before. The document also urged the Kremlin to withdraw its troops "immediately."

This is the second time this result has been recorded since the start of the war over the Russian invasion of Ukraine last February. On that occasion, Moscow was prevented from claiming responsibility for launching the attack and requiring the immediate end of the war. But now there was a difference. Ten votes were counted in favor and four abstentions (China, India, Brazil and Gabon), compared to three on that other occasion.

The United States ambassador, Linda Thomas-Greenfield, who presented the draft resolution together with Albania, already announced when leaving the room that the text will be submitted to the 193 countries of the General Assembly. It will thus follow the same path as the other vetoed resolution, which was approved by 141 votes on the global stage, with only four negative responses (Syria, North Korea, Eritrea and Belarus) who joined Russia. Thomas-Greenfield, who did not specify a calendar, expressed the belief that there will be a similar result. However, the General Assembly lacks legal value, it will only be a moral condemnation.

In the usual line of the Security Council, much ado about nothing. In a movement with which the Western bloc wanted to portray Russia's aggressive behavior and its contempt for the UN charter, its principles and its commitment to peace, what was achieved is that, once again, the ineffectiveness of the of this organism. The executive arm of the United Nations is burdened with its lack of inefficiency due to a foundational problem, when the right to veto was granted to five countries (the United States, the United Kingdom, France, Russia and China), staging the geostrategy of blocs.

Some more than others, but the result of this Friday offers arguments to both sides. As Barbara Woodward, the UK ambassador, pointed out, none of the countries lined up in the vote against and no one supported the Russian annexation of the Ukrainian territories of Donetsk, Luhans, Kherson and Zapariyia. "Only one hand has been raised against and this shows the isolation of Russia," added the Ukrainian ambassador, Sergiy Kyslytsya, who always intervenes as a guest, without the right to participate. "It has not been adopted by a single vote," he insisted.

But Russia was also able to breathe because the group of abstainers has grown. They are countries that maintain an equidistant position, that condemn the war but that do not give the United States carte blanche, and even criticize the West, albeit veiled, considering that this type of initiative does not contribute to a negotiated solution.

That the vote gave Moscow a break was made clear by the fact that its ambassador, Vasili Nebenzia, combative at all times, who replied to the minimum, chose to remain silent. He did not speak after knowing the result. “Do you really think that Russia will even consider supporting this draft?” he posed in his intervention before the vote. “This is just intentionally trying to say that Russia is abusing its veto right and it is a hostile action by the West, which refuses to cooperate,” Nebenzia stressed.

"Not a single country has voted with Russia, not one," insisted the US ambassador. “Once again Russia shields itself from any liability by using the veto. It is not a surprise, but it is a disgrace for the institution and an insult to each of the members who have signed the United Nations charter”, she stressed.

This meeting was followed by another in the Security Council, urgently requested by Russia, to discuss the leaks in the Nord Stream gas pipelines. Both the Kremlin and the NATO countries consider that they are responding to deliberate acts of sabotage for which they blame each other. And so it was repeated in this debate. Contrary to the Russian ambassador's accusations, Westerners regretted that Nebenzia used the council "to spread baseless conspiracy theories."