The maritime corridor for the export of Ukrainian grain will be fully operational again from this Wednesday at noon, the President of Turkey announced live on television. 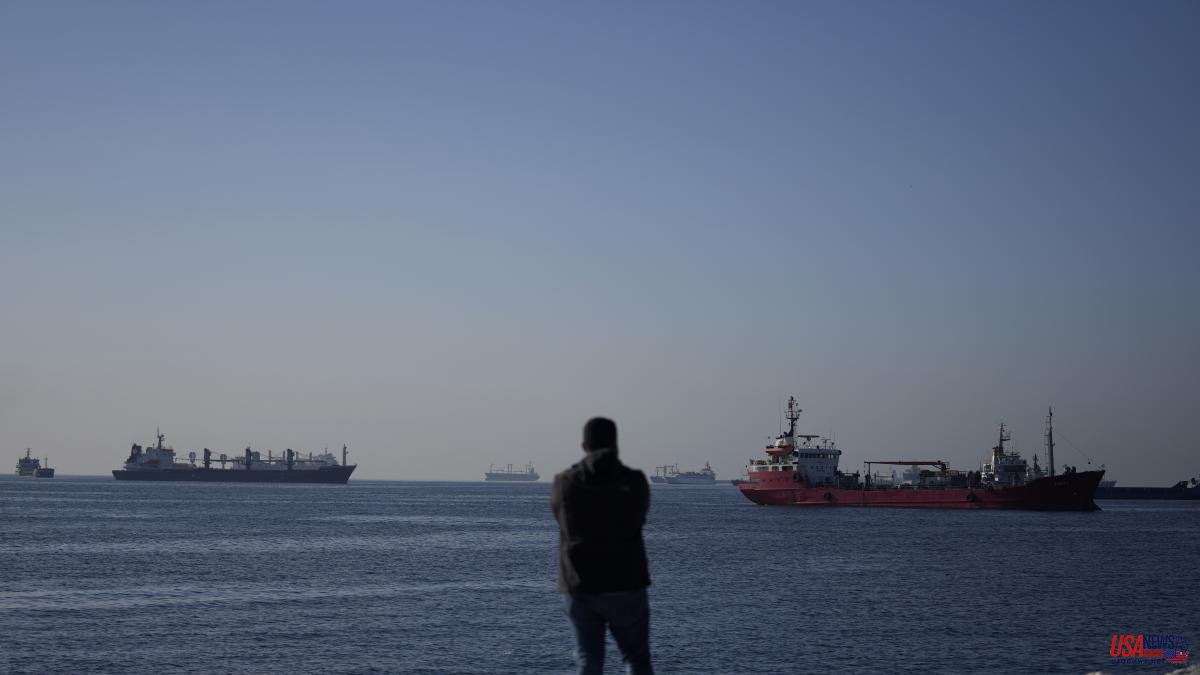 The maritime corridor for the export of Ukrainian grain will be fully operational again from this Wednesday at noon, the President of Turkey announced live on television. According to Tayyip Erdogan, Russian Defense Minister Sergei Shoigu has conveyed the Kremlin's decision to his Turkish counterpart Hulusi Akar by phone today.

Defense sources in Moscow confirmed moments later that they had obtained from Kyiv the necessary security guarantees to reactivate the agreement, from which Vladimir Putin had decided to withdraw last Saturday. According to the Russian president, because the aerial and floating drones that the previous day had attacked the Crimean port of Sevastopol would have taken advantage of the commercial route for military purposes. In his words, for "terrorist" purposes. A single ship suffered serious damage, which also affected the dock.

The resumption of the agreement has led to an immediate drop in the prices of wheat, corn and soybeans on international markets. And a relief for many third world economies and, above all, the first, as Vladimir Putin has denounced, who has also referred on occasions to US penetration in the Ukrainian cereal sector.

Turkey, Spain and China are the main importers of this grain and several European countries occupy prominent places, although some developing countries, such as Egypt, are also benefiting from this route. A third of world wheat exports come from Ukraine or Russia and the UN - co-sponsor of the corridor and the ship inspection procedure in Istanbul - has warned about the risk of famines derived from the strangulation of supply due to the war.

This same Tuesday, a spokesman for the US State Department accused Moscow of making fun of the fact that the world could go hungry. Quite a jab at the Kremlin, which has justified its bloody invasion of Ukraine as little more than the prelude to a new multipolar order.

In these five days of "suspension" of the agreement by Russia, the queues of cargo ships off the European coast of Istanbul, docked for inspection, have almost completely disappeared. Although the Ukrainian president, Volodímir Zelenski, affirmed last night on television that some ships were still leaving Odessa, under the supervision of Turkey and the UN. Without Russian guarantees, the price of insurance was bound to skyrocket, aggravating inflation in the shopping basket.

The game, however, is not over. The current agreement, signed at the end of July, expires on the 19th of this month. So Putin has the ace of extension up his sleeve, for the next G-20 meeting in Bali.

Despite Zelensky's statements, today no ships have left Ukrainian waters under the agreement. However, the Ukrainian Infrastructure Minister, Oleksandr Kubrakov, has advanced the departure of eight ships with agricultural products.