The six reactors of Europe's largest nuclear power plant could end up producing electricity only for Russian-controlled territories. 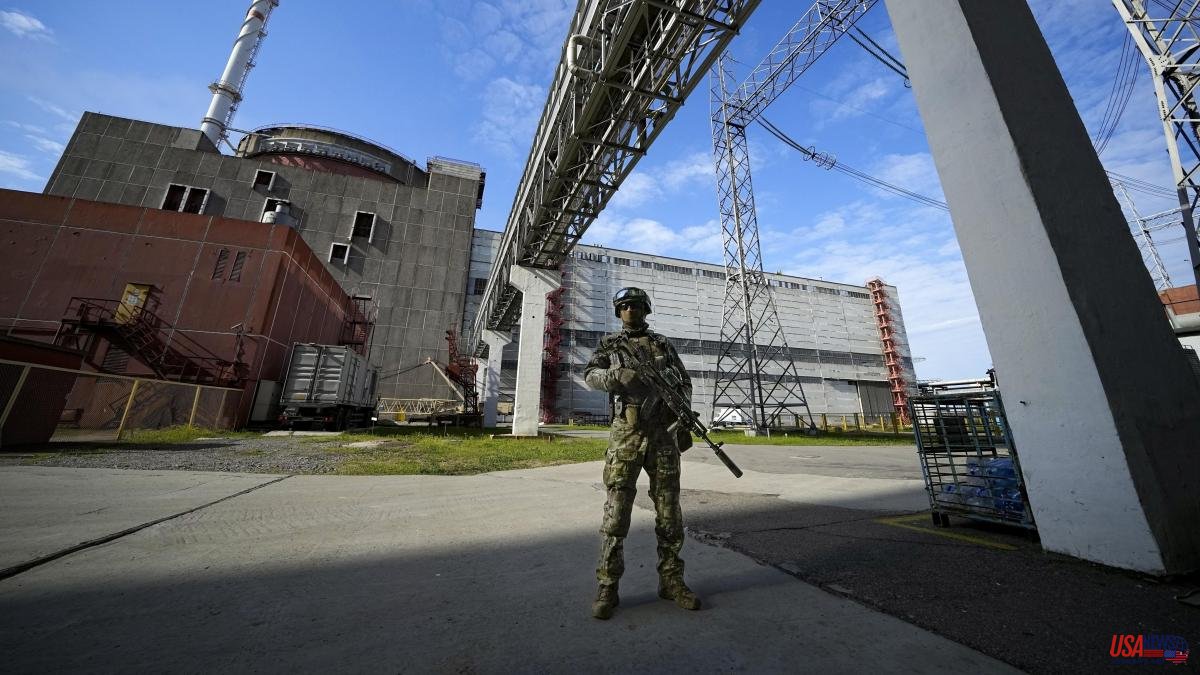 The six reactors of Europe's largest nuclear power plant could end up producing electricity only for Russian-controlled territories. Russian forces occupying the Zaporizhia nuclear plant in southeastern Ukraine are preparing to divert electricity production to the Ukrainian peninsula of Crimea, which Moscow annexed in 2014 without the authorization of the Western community, Energoatom warned. Ukrainian operator of the exchange. The reorientation works have put the plant in an extremely dangerous situation.

"The Russian military present at the Zaporizhia nuclear power plant is implementing the program of (the Russian operator) Rosatom aimed at connecting the plant to the Crimean power grids," Energoatom president Petro Kotin told Ukrainian television.

To achieve their goal, Russia has to go through a technically difficult process because they must first "destroy the power lines of the plant connected to the Ukrainian energy system," Kotin continued. He detailed that from August 7 to 9, the Russians have already damaged three power lines, so the plant is currently operating with only one production line, which is an extremely dangerous way of working.

"When the last production line is disconnected, the plant will be powered by diesel-powered generators. Everything will then depend on its reliability and fuel stocks," Petro Kotin also warned. At that time, it will no longer be connected to the Ukrainian power grid.

Located near the city of Energodar, on the banks of the Dnieper River, not far from the Ukrainian peninsula of Crimea (in southern Ukraine), the plant has six of the 15 Ukrainian reactors, capable of supplying four million homes or . Before the war it produced 20-21% of Ukraine's electricity needs. It came under the control of Russian troops on March 4, shortly after the start of the invasion of Ukraine on February 24.

Kotin recalled that around 500 Russian soldiers are currently at the facility with heavy vehicles and the plant is being used as a base for the troops. For him, the only solution to the plant's security problem is to "urgently get the Russians out of there" so that "the damaged infrastructure" can be repaired before the winter season. It would be best if Moscow withdrew and the plant returned to Ukrainian control.

Moscow and Kyiv have been accusing each other since Friday of having carried out several attacks on the plant, without any independent source being able to confirm this. Some of the projectiles fell from the spent fuel storage facilities, an area that has 174 containers of highly radioactive material, said Kotin, who warned of the enormous danger posed by attacks like those last weekend.

"This is the most radioactive material in the entire nuclear power plant. This [The damage from these facilities] would mean the distribution (of it) around the place and then we would have like a cloud of radiation and then the weather would decide the direction in which What's up with the cloud? "The risk is very high," Kotin stressed. Ukrainian President Volodymyr Zelensky raised the specter of the Chernobyl disaster, while UN chief Antonio Guterres recalled on Monday that "any attack on nuclear power plants is suicidal."

The United Nations chief also called for an end to the attacks and access for researchers from the International Atomic Energy Agency (IAEA). He visits to which in principle Moscow has agreed, although it has not taken place so far. Kotin warned today that if the investigators travel to the place there will be no guarantees for their safety.