"Russia is not going to stop"

The lieutenant general of the Reserve Army, Francisco José Gan Pampols, is a soldier with vast experience in the international arena and a good understanding of NATO operations and procedures. 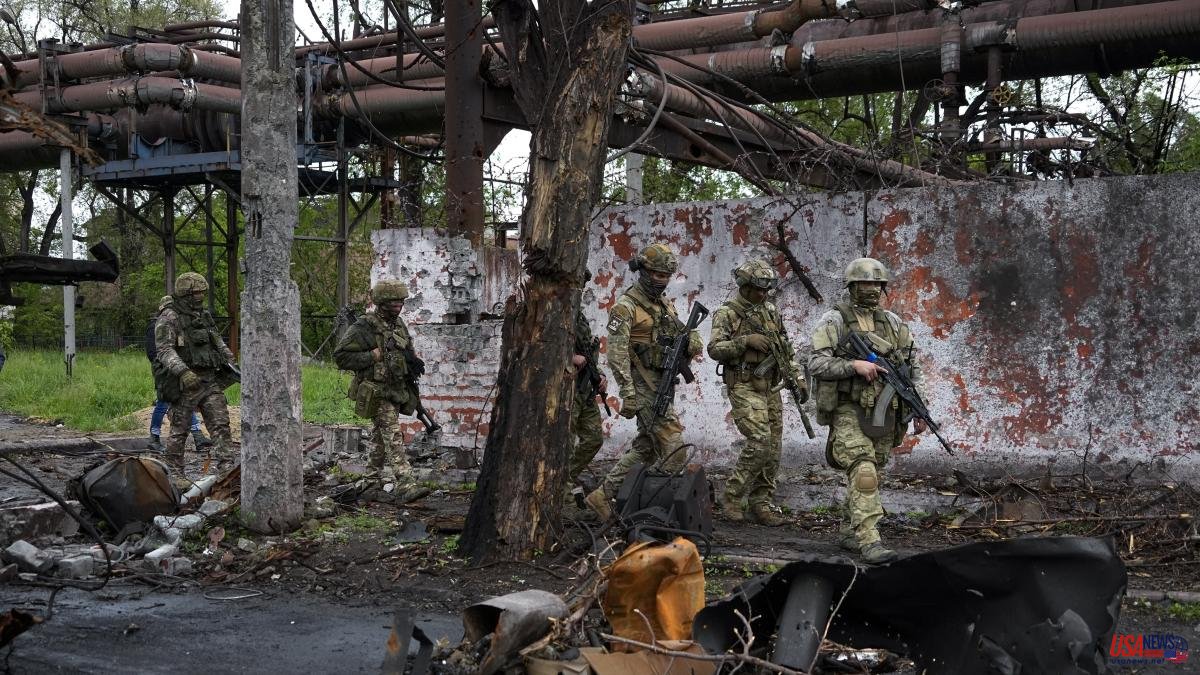 The lieutenant general of the Reserve Army, Francisco José Gan Pampols, is a soldier with vast experience in the international arena and a good understanding of NATO operations and procedures. High Readiness responsible for a multinational team capable of deploying an Alliance command structure anywhere in record time. He has been director of the Intelligence Center of the Armed Forces and among his missions abroad, those carried out in Afghanistan, in Kosovo and previously in Bosnia stand out. Since the Russian invasion of Ukraine, he has been following developments in this conflict.

Have we gone from a special operation to a war, if some thought it was not?

It is a war and always has been. The term is rather nuanced. They call it a special military operation. War is still not formally declared, but a partial mobilization is decreed. And this fact has three different approaches. It has an internal key and that is that President Putin tells the Russian people, reinforcing his narrative, that it is the West that is at war with Russia, that it uses Ukraine as an interposed peer and that it needs a supplementary effort from the Russian people and for this, without mobilizing the whole world, which would make no sense, it is quite likely to employ replacements who have completed their military commitment in the last year or two, both conscripts and professionals. You're going to induct them into the ranks, which means that with a short retraining period they can fill the positions they once held, allowing you to have adequate staffing again. But that has to go hand in hand with having the material available, which is a bit more complex.

With partial mobilization more messages are sent to the international community.

Yes. The second interlocutor is Ukraine. He is telling Ukraine that this was not an adventure, that this was a decision and that it will be sustained because Russia will continue to be its neighbor for all time, regardless of the approaches or attempts they have made with the European Union, NATO , and so on.

But, there is a third receiver…

The third interlocutor of this message is the international community, telling them that the decision that was made to invade Ukraine, to denazify it, in short, that bombastic and unintelligible terminology that Putin used, is an effort that will not cease, that it is going to be pursued, achieve the result to the end and that all, and all means all, the necessary means will be used to achieve that objective that has been proposed.

Is there an estimate of how long this mobilization process may take?

Yes Yes. A mobilization process that of these characteristics of the announced, must be published, must be made to reach everyone who has to reach it, directly, either by email or by phone call. Then, the calls have to go to some mobilization centers, they can determine that they are to those where they were initially trained, the instruction centers, or to the units in which they performed their functions. In a period of between seven and 15 days, this could have happened, that is, all the mobilized, all that contingent that is mobilized, which will not be all because I think that at the end of the year, in the Russian Federation there are two appeals in March and October. In each of these calls -it was recently approved- 137,500 soldiers are incorporated. In other words, calling an entire year would mean dealing with about 280,000 soldiers, which does not seem very logical.

Perhaps that is why it is called partial.

That's how it is. The call will be selective. It will be for tactical positions. That is, they will be called radio operators, drivers of heavy vehicles, cart shooters, servants of artillery pieces, helicopter gunners. In short, it will be a selective mobilization.

As far as is known, it may be more difficult to mobilize material means than human means.

Much more, because it does not have them. What she has used in the Ukraine was the most modern. Surely he still has quality units within the Russian Federation that he will employ, but in order to employ those units he first has to complete them, which is what he is mobilizing for. Then those units will not be at 100%, so some internal arrangement will also have to be made and then they will have to be moved to the front, either as an operational reserve or as a reserve for some of the units that are fighting and that are worn out. The period of material mobilization is much longer than that of the troops. Here we would already be talking about between two and three months to effectively use those units already equipped, trained and located in the territory.

How quickly, men and materials, units displaced to the front or to the zone of influence, will they not arrive before three months?

Indeed, we are talking about winter.

How will this Russian initiative translate on the battlefield?

In the tactical field, Russia has to get units from somewhere to reinforce what there is; whatever units you have, whatever they are. The ones that are closest are those of the Western Military Region, which is the one in the war zone. In short, every military unit that is organized, equipped, is going to use it in Ukraine now, because the offensive must be stopped. The first, the most important thing that President Putin and the Federation Armed Forces have to do right now is to stop the counteroffensive that is taking place both in the north-east, which is already reaching Lugansk, and in the south, which it is progressing more slowly, but it is also making progress. In other words, first you have to stabilize the situation, you have to find a line of territory, you have to organize defensively, you have to stop them and once you have stopped them you have to start thinking about the next day, which is all I have told you of the process of mobilization, framing, completing units and taking them to the front.

Do you think we are closer to the end of the war?

Now we are at a point where I think it is impossible to define if we are close or far. What I know is that the end is not immediate. And I think, unfortunately, it's going to drag on over time.