Russian automaker was unable to resume production after being imposed international sanctions following the invasion of Ukraine. 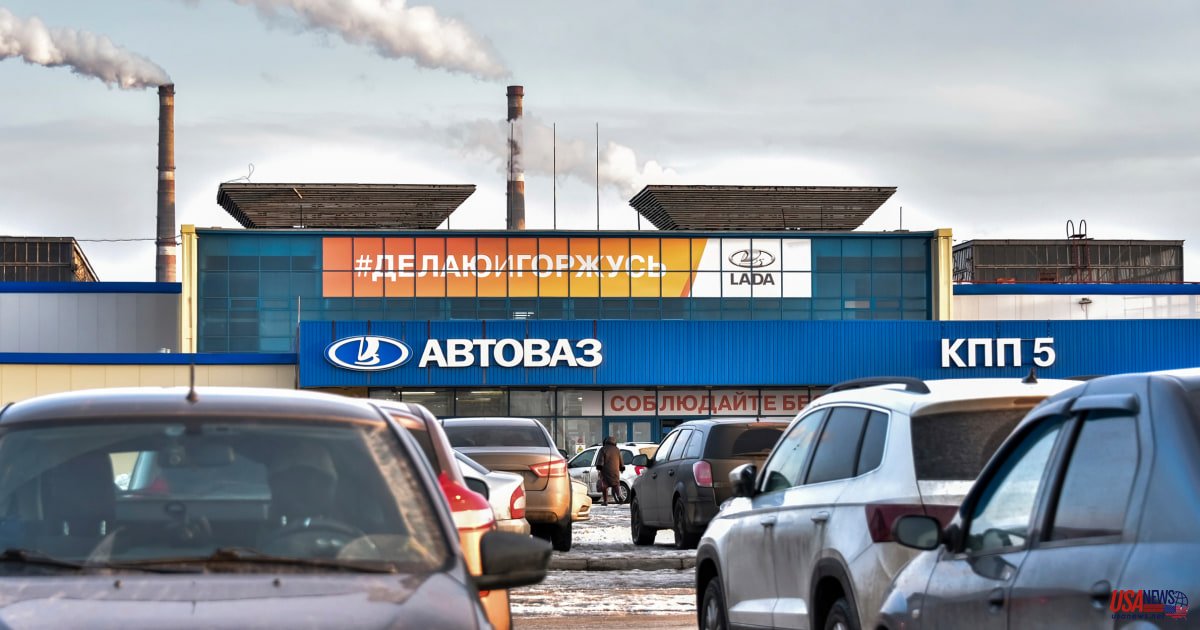 Avtovaz stopped production of the Lada brand and furloughed many workers as it couldn't acquire certain parts because of sanctions. Assembly lines came back to life after the Russian government cut safety regulations.

The company's four-door, affordable passenger car Lada Granta will no longer have air bags, antilock braking systems or emergency retraction locks. It does not meet the 21st-century emission standards set by many Russian neighbors.

David Ward, the executive president of Global New Car Assessment Programme (a group that aims to develop global safety standards for cars), said, "This is very retrograde." He called it "very sad" as well as "ironic", that Russia had removed safety features, particularly since Russia is the vice-chair of United Nations' World Forum for Harmonization of Vehicle Regulations.

NBC News interviewed foreign policy experts to discuss the move. They said that it was a classic Moscow Cold War strategy. Moscow tries to make the West seem unbothered by its economic sanctions, while forcing its citizens to sacrifice basic comforts like car safety features to maintain the illusion of economic tranquility.

The Kremlin has a very hard-nosed political calculation, according to Jeffrey Edmonds who was the director for Russia at the National Security Council under the Obama administration.

He stated that this clearly indicates a willingness by the Russian government to sacrifice quality goods and safety for the sake of the invasion.

He said that the Kremlin wants to create the impression that sanctions aren't having the desired impact for domestic audiences as well as abroad. This is dependent on the survivalist mindset that the Kremlin believes the Russian people have.

Renault owned Avtovaz from May until it was taken over by the Russian government. This was in protest at the invasion of Ukraine. The French carmaker was unable to be reached for comment.

Avtovaz stated in a press release that the new model will allow for "maximum localization" and "the impact on the shortage of imported components."

Maxim Sokolov (its president) stated that they must continue to produce the most affordable and popular cars on the Russian market. This is not dependent on import component shortages. The company, along with regional and federal authorities, is actively involved in developing the competencies of Russian suppliers.

Sergei Sobyanin, Moscow Mayor, announced that Avtovaz' production would resume. He also stated that the factory previously owned by Renault in Moscow would start manufacturing the Moskvich. This Soviet-era brand passenger car was last manufactured 20 years back.

Road Safety on Russian Roads is a group that promotes safety standards for vehicles and traffic in Russia. It noted on its website that almost 15,000 Russians were killed on Russian roads between 2021 and 2021.

The advocacy group was unable to be reached for comment. Its website remains inactive since the invasion of Ukraine by Russia. According to the Global Alliance of NGOs for Road Safety, it has not received any communication from the group since March.

However, the latest road deaths are part of a steady fall -- confirmed by World Health Organization -- since Russia started actively working to reduce traffic fatalities in 2000. With these cars on the roads, that could change.

"The U.N. goal, which Russia played a major role in securing is to halve the road deaths by 2030," stated Saul Billingsley (executive director of FIA Foundation), an international road safety organization based in London. Removing these basic standards will result in vehicle design being redesigned by decades, and continue to cause damage on roads for many years. The price will be paid by ordinary Russians.

These are not the only areas where sanctions have had an impact on Russian manufacturing or travel.

According to Russian news agency RBK, China had announced earlier this month that it would close its airspace to Russian Boeing aircraft and Airbus planes if their legal and safety status was not clarified.

After the conflict in Ukraine, the United States and European Union had stopped the supply of civil aircraft and spare parts. There are growing concerns that some Western-made aircraft will become more dangerous to fly.

The Russian aviation authority Rosaviatsia gave permission for Russian companies to create unapproved parts for civil aircraftliners as a result of increasing pressure to keep them in the air.

"I believe these export controls were something the Russians hadn't anticipated and are ill equipped to counter," stated Daniel Fried, an ex-ambassador to the United States in Poland. He was the coordinator for the 2014 sanctions against Russia. "The Kremlin will claim that the West is making Russians' lives difficult, but I believe many Russians won't like what's happening."