"After Yeltsinism comes Putinism, which is similar, but worse. 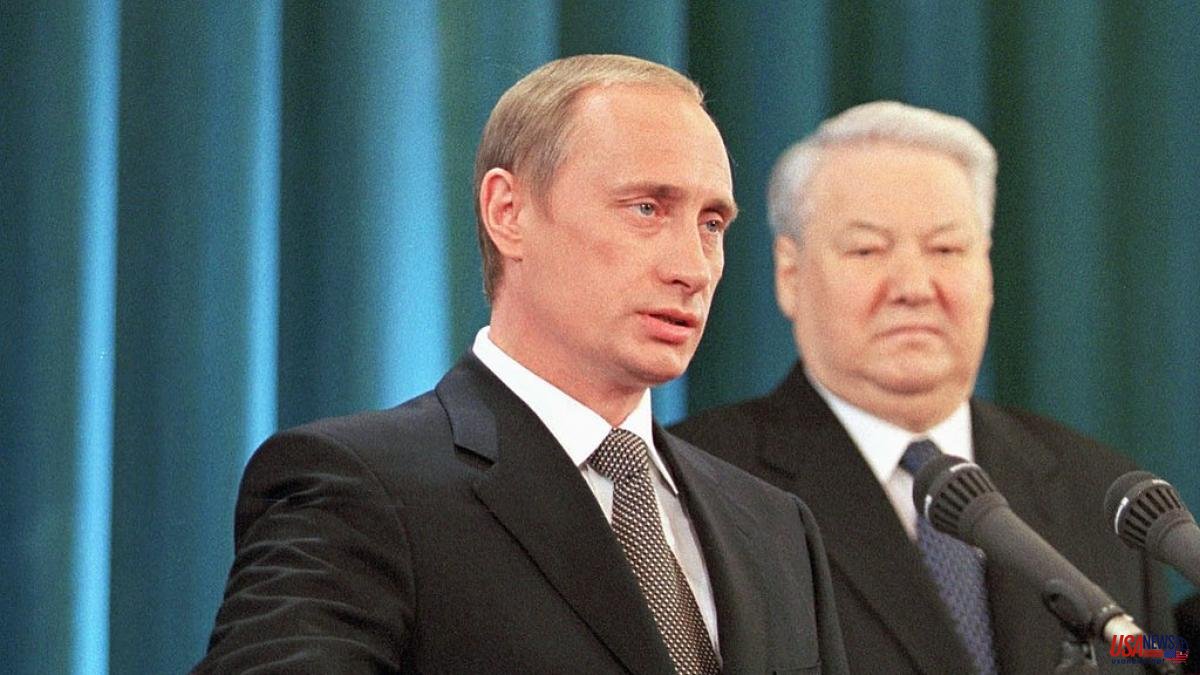 "After Yeltsinism comes Putinism, which is similar, but worse." This is how the Russian publication Nóvaya Gazeta – the publication closed by the Kremlin of the ill-fated Anna Politkóvskaya – saw the surprising replacement in the presidency of the country from Boris Yeltsin by a Vladimir Putin practically unknown to public opinion four months earlier, when the still president he was elevated to prime minister thanks to his practically plenipotentiary powers.

It was December 31, 1999 and Yeltsin, physically deteriorated and besieged by the corruption scandals that plagued his entire family, decided by surprise to leave power. Tied and, on this occasion, really well tied in the hands of a dolphin who had been promoted to the Executive from the direction of the Russian secret services.

This was announced in a New Year's message that he recorded that same morning, discarding the one he had already recorded for the occasion, in which he appealed to a new generation of Russian leaders marked by their patriotism. It was the only thing that Putin could boast of, converted overnight after taking office from him as prime minister into a Chechen war hawk. It is the speech that we offer in its entirety.

With an economy sunk by an express privatization process that left the Soviet public companies in the hands of a handful of oligarchs, galloping inflation and a collapse in production that led the country to lose 50% of its GDP in just four years, tradition, patriotism and religion became the flag of the new leader. In fact, they still are more than two decades later.

As acting president, after swearing in the Constitution before Patriarch Alexis II of Moscow and All Russia and receiving the nuclear briefcase, Putin signed his first decree, with a text as concise as it is concrete: "The president who ceases to serve enjoys immunity , cannot be prosecuted criminally or administratively, nor detained, arrested, searched or subjected to interrogation”. A text still valid from which one day he can benefit himself.

Yeltsin, who had politically resisted the attempts of the Supreme Soviet to remove him from power and who went so far as to bomb Parliament, leaving half a thousand dead, had nothing more to fear. In his speech, prior to the one that his successor pronounced before the chimes, he acknowledged his errors in economic matters, but was satisfied for having fulfilled his mission: that the Russian Federation did not return to its communist past. Even if it was at any price.

”Very little time remains for the magical date in our history. The year 2000 arrives. A new century, a new millennium. We have all made calculations with this date. First, as a child, then, later, when we were older, we calculated how old we would be in the year 2000, how old our mother and our children would be. So it seemed that this extraordinary New Year was very distant.

And this day has come. Dear friends, my dears: today I address you for the last time with a New Year's greeting. But that is not all: today I am addressing you for the last time as the President of Russia. I have made a decision, on which I have pondered long and painfully. Today, on the last day of the century that is ending, I present my resignation.

”I have heard many times: Yeltsin will cling to power by all means, he will not hand over power to anyone. Is a lie. The matter is another. I have always said that I will not stray one iota from the Constitution, that the parliamentary elections had to be held on time. That's how it went.

”He also wanted the presidential elections to be held on his time, in June 2000. That was very important for Russia. We created the all-important precedent of the civilized and voluntary transfer of power from one president of Russia to another, elected in elections.

“But I have made another decision. I'm leaving before the deadline. I have understood that I must do it. Russia must enter the new millennium with new politicians, with new faces, with new intelligent, strong and energetic people.

”We, who have been in power for many years, must leave. Seeing with what hope and faith the Russians voted for the new generation of politicians in the Duma elections, I realized that I have already fulfilled my life's mission. Russia will never go back to the past. Russia will now always project itself forward.

”And I must not be an obstacle to the natural course of history. Cling to power for another half year when the country has a strong person, who aspires to be president and to whose name practically every Russian pins his hopes for the future? Why should I bother you? Why do you have to wait half a year? No, this is not in my character.

”Today, on this extraordinarily important day for me, I want to say more personal words than I usually do. I want to apologize. For the many of our dreams that have not come true. What seemed easy to us turned out to be extremely difficult.

”I apologize for not having justified some of the hopes of those people who believed that in a single leap, in a single blow, we could go from the gray, totalitarian, immovable past, to a splendid, wealthy, civilized future. I myself believed in it. It seemed that in one leap we would overcome everything.

”It has not been like that. In some things I was too naive. Some problems were too complex. We were going forward through mistakes and failures. Many people in this complex period experienced shocks.

“But I want you to know – I have never said it and today it is important for me to say it – that the pain of each one of you found an echo of pain in my heart. Sleepless nights, sufferings why do you have to do so that people live even a little better. There was no more important task for me.

"I leave. I have done everything I could, I am leaving not for health reasons, but for a whole host of problems. A new generation takes over from me, a generation that can do more and better.