In the midst of a military campaign in Ukraine, the Russian State Duma approved on Tuesday the extension of the crime of treason. 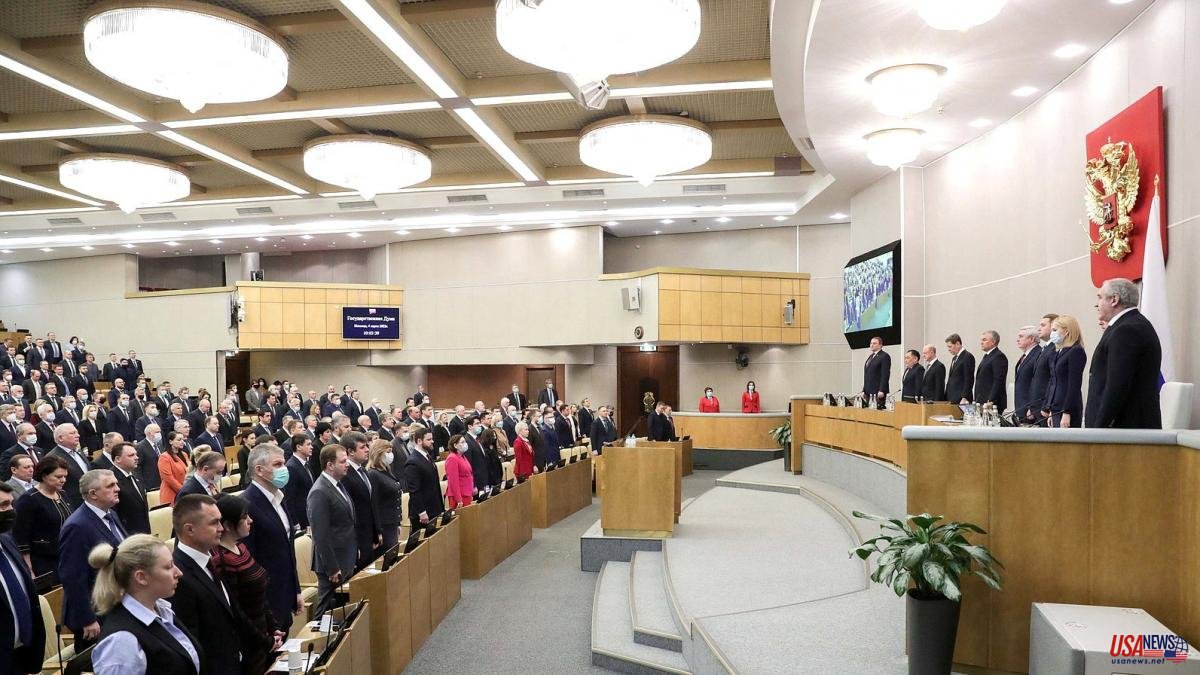 In the midst of a military campaign in Ukraine, the Russian State Duma approved on Tuesday the extension of the crime of treason. The most significant change is that it expressly criminalizes as "treason" for a Russian citizen to go over to the side of the enemy during a military conflict in which Russia is involved. Doing so can be punished with up to 20 years in prison.

The deputies of the Lower House of the Russian parliament gave their approval to this law reform in the first reading. In addition, it also toughens the punishment for mercenaries and introduces a new article for collaboration with foreign special services, that is, espionage.

The initiative "to protect the national interests of the Russian Federation" was discussed in the Duma three and a half months after Russian President Vladimir Putin launched his "special military campaign" against Ukraine and at a time when the Russian troops are fighting to completely take over the city of Severodonetsk and are already attacking Lisichansk, two key places to take control of the Luhansk province, one of the two Donbass regions that have been partly controlled by pro-Russian militias since 2014. The other region is Donetsk.

In favor of the new legislation, 341 deputies voted. There were two votes against and 44 abstentions.

The project, which still has to be approved in the second and third readings, provides for a sentence of 12 to 20 years in prison for a Russian citizen who participates in an armed conflict "for purposes contrary to the interests of the Russian Federation." Furthermore, "going over to the side of the enemy" during an armed conflict will be equated with treason.

The punishment for mercenaries is increased to between 7 and 15 years in prison, when before it was between 3 and 7. The recruitment of mercenaries is also penalized: between 12 and 18 years of loss of freedom.

Last week the Russian government justified the death sentence imposed by a court in the self-proclaimed Donetsk People's Republic (DPR) on two British citizens and one Moroccan who were taken prisoner while with the Ukrainian army.

The UK government and organizations such as Amnesty International criticized the sentence, arguing that they were professional soldiers and that under the Geneva Convention, as prisoners of war, they are protected from prosecution for having taken part in hostilities.