Russian Defense Minister Sergei Shoigu stated on Tuesday that more than 200,000 citizens have already been recruited into the ranks as part of the partial mobilization decreed by Russian President Vladimir Putin on September 21. 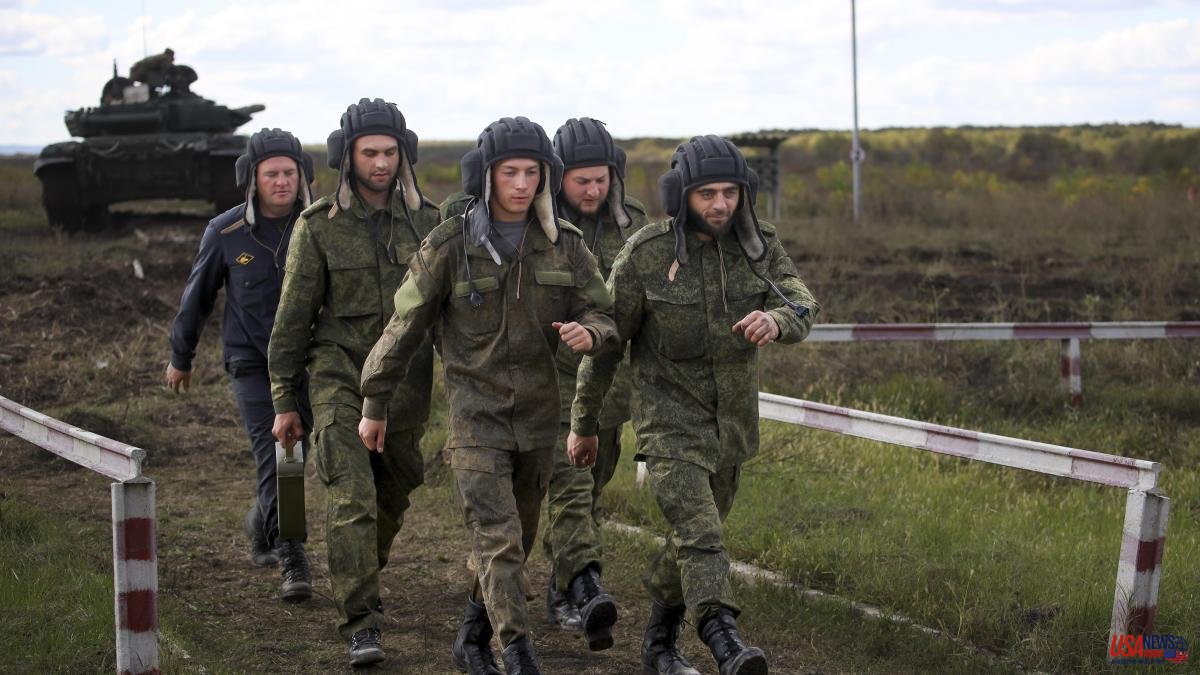 Russian Defense Minister Sergei Shoigu stated on Tuesday that more than 200,000 citizens have already been recruited into the ranks as part of the partial mobilization decreed by Russian President Vladimir Putin on September 21.

"In accordance with the decree of the President of the Russian Federation, a partial mobilization has been taking place since September 21. As of today, more than 200,000 people have joined the armed forces," Shoigu told a meeting. with military commanders.

As previously announced by the Minister of Defense, the partial mobilization will affect a total of 300,000 reservists.

"The preparation of the personnel of the units that have been formed is carried out in 80 polygons and six training centers," Shoigú specified, adding that all orders have been given so that the mobilized receive the necessary equipment.

He has also asked the commanders that the instruction of the mobilized be in charge of "officers with combat experience" in order to facilitate the adaptation of the newly incorporated.

Likewise, Shoigú has stressed that the use of the mobilized units must be planned jointly with the units that are already participating in the military actions in Ukraine, and has highlighted that a large number of volunteers go to the enlistment offices.

"It is extremely important to carefully study each application. No one should be rejected without compelling reasons," Shoigú stressed.

Last Thursday, Putin ordered all the men mobilized by mistake to be sent home in the face of growing protests and allegations of arbitrariness by those responsible for enlistment offices.

One of the most flagrant cases occurred in the Khabarovsk region, in the far east of Russia, where on Monday the governor, Mikhail Degtiaryov, dismissed the regional military commissioner for irregularly mobilizing thousands of citizens.

"In ten days they received notifications and several thousand of our countrymen showed up at the enlistment offices. About half of them we have returned to their homes because they did not meet the selection criteria to serve in the Army by contract," he reported. Degtyarov on Telegram.