Russia entrenches in Jerson for "hardest of battles"

When Russia announced the "evacuation" of tens of thousands of people from Kherson and other towns on the west bank of the Dnieper River in southern Ukraine, some Western analysts interpreted it as a withdrawal. 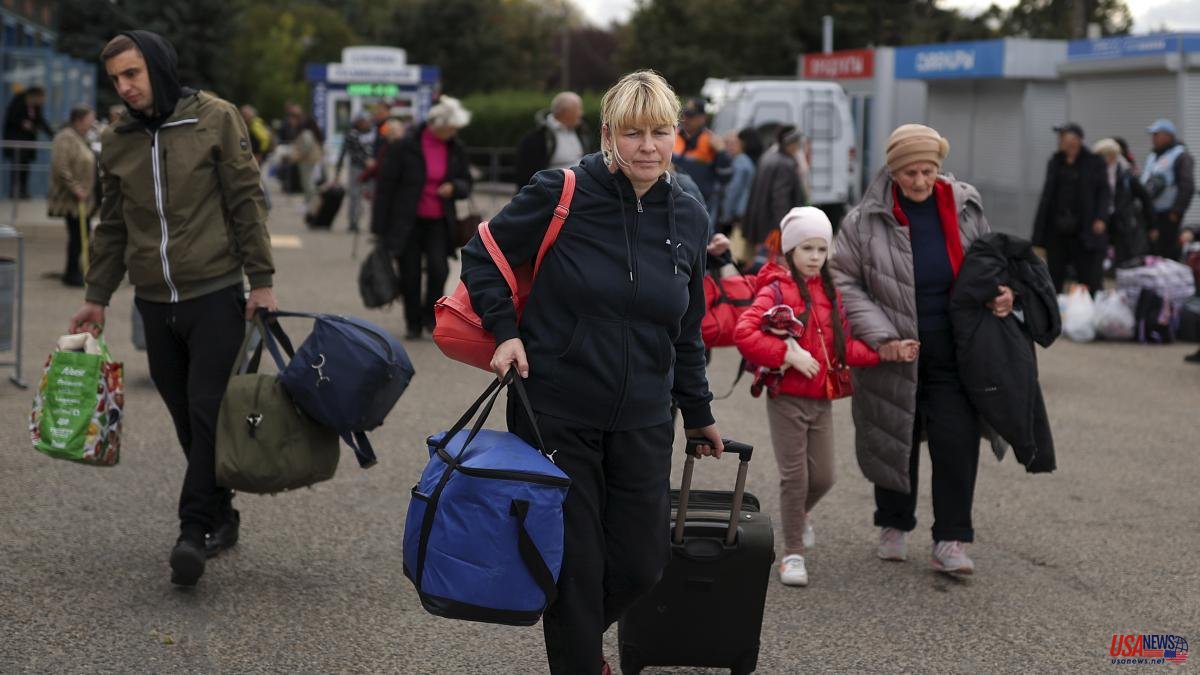 When Russia announced the "evacuation" of tens of thousands of people from Kherson and other towns on the west bank of the Dnieper River in southern Ukraine, some Western analysts interpreted it as a withdrawal. Nothing is further from reality. Pro-Russian forces are digging in around the capital of the province of the same name to fight "the toughest of battles", according to a senior Ukrainian official, as Ukrainian troops slowly advance towards New Kakhovka, located 50 kilometers upriver from Kherson.

The authorities installed there by Moscow have evacuated around 25,000 people since October 18, in what Ukraine calls forced deportations, to territory controlled by the Russians or Russia itself. From the Kyiv Independent newspaper they denounce that some of these people have had their passports taken away. For Oleksiy Arestovych, advisor to the Ukrainian president, Volodímir Zelenski, everything indicates that the Russian troops are clearing the area to be able to fight freely: "No one is preparing to withdraw. On the contrary."

It is the same idea advocated by the head of Ukrainian military espionage, Kirilo Budanov, according to whom the Russian forces "are creating the illusion that all is lost. However, at the same time they are moving in new military units and preparing to defend the streets of Kherson," he told the online media outlet Ukrainska Pravda on Monday. Budanov also confirmed that the goal of the Ukrainian troops is to retake control of the port city, which fell into Russian hands eight months ago, before the end of the year.

Of the four provinces that Russian President Vladimir Putin claimed to have annexed in late September, Kherson is arguably the most strategically important. It controls both the only land route to the Crimean peninsula that Russia seized in 2014 and the mouth of the Dnieper, the vast river that divides Ukraine and supplies the country's south.

Russian-installed authorities are increasingly pressuring the city's residents to leave, according to Yuri Sobolevsky, a member of the ousted pro-Ukrainian Kherson regional council. "Search and leak procedures are intensifying, as well as car and house searches," he wrote on Telegram. Moscow planned last week to move between 50,000 and 60,000 people in total to the eastern bank of the river.

However, some men are given the "opportunity", says the Russian administration of the region, to join the territorial defense units if they choose to remain in Kherson. But there are suspicions that such decisions are not made of their own volition. Men in other occupied Ukrainian regions, such as Donetsk, have previously been forced to join and fight with the armies of Russia's proxies in the war with Ukraine.

Putin declared martial law in the occupied regions last week, empowering his administrations based in Russia to intensify the mobilization. Forcing civilians to serve in the armed forces of an occupying power is defined as a violation of the Geneva Conventions.

At the same time, 250 kilometers further to the northeast, a large number of Ukrainian units are regrouping in the Zaporizhia region, with a view to a possible offensive, pro-Russian politician Vladimir Rogov said on Wednesday. According to his report, Ukraine accumulates troops near the towns of Orihiv and Guliapole with the purpose of attacking the towns of Vasilivka, located 30 kilometers south of the city of Zaporizhia, and Polohi, about 70 kilometers southeast. ; both controlled by the Russian Army.