Russia draws red lines to the US

Ukraine's security is not guaranteed by the weapons of Western countries, but by its geopolitical neutrality, Russia reasoned yesterday from the Foreign Ministry. 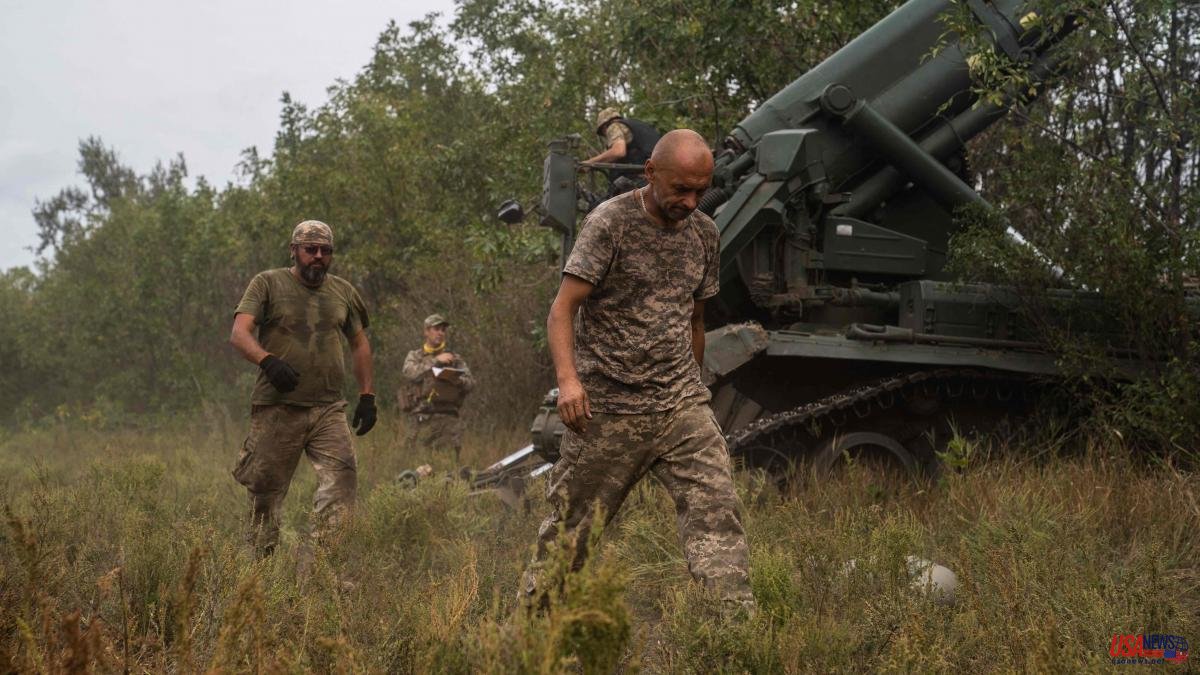 Ukraine's security is not guaranteed by the weapons of Western countries, but by its geopolitical neutrality, Russia reasoned yesterday from the Foreign Ministry. While the war front in eastern Ukraine now seems to be installed on the border of the Luhansk province, Moscow warned the United States that by sending heavy weapons to its enemy, the only thing it is doing is becoming part of the conflict.

In this way, Moscow insisted on the same idea that it put forward last year when it demanded that NATO not continue expanding to the east, neither to Ukraine nor to another ex-Soviet country, and even to withdraw from the Russian borders to positions of the nineties.

“Real security guarantees for Ukraine can be provided not by Western financial support or technical assistance, but by the return of this country to its neutral and non-aligned state, the rejection of Nazi ideology by the current Kyiv regime and its demilitarization,” said the ministry's spokeswoman, María Zajárova, at her weekly press conference.

Zakharova warned that if the US provides Ukraine with long-range missiles, it would be crossing a "red line" and becoming a "direct party to the conflict."

The US has sent the Ukrainian army GMLRS missiles (Guided Multiple Launch Missile System), which are fired from Himars launchers. These and the weapons received from other Western allies have been essential for the Ukrainian army to contain the Russian troops, but also for its attacks on the Kherson front (south) and, even more decisive, in the overwhelming counteroffensive this month in the Kharkiv region (northeast). GMLRS have a range of 80 km. But Himars can also be equipped with long-range tactical ATACMS missiles capable of reaching their target at 300 km.

According to Zakharova, instead of security guarantees, Western weapons open up possibilities for corruption. "Ukraine has become a black hole through which a lot of money is poured: there is no auditing, no accounting attempts for the funds that Washington and Brussels distill through Kyiv," she charged.

The western weapons of the Ukrainian army can continue to sound in the new war front that has been formed after the Kyiv counter-offensive: in the Luhansk province.

The pro-Russian chief of this territory, Leonid Pásechnik, said yesterday that the Ukrainian troops are almost at the border. "The situation is very tense. The enemy has attempted an offensive across the front,” he said during a medal ceremony. "Today it is practically on the border of the Luhansk People's Republic," he said, using the name of one of the two entities that pro-Russian separatists proclaimed in 2014. The other is the Donetsk People's Republic (DPR). "Our troops will continue to stop and defeat the enemy's attempted counteroffensive," Pásechnik said, in remarks collected by Tass.

However, it is unlikely that the Ukrainian army will repeat the rapid success achieved this month in Kharkiv, where, according to President Volodymyr Zelensky, they recaptured 8,000 square kilometers and hundreds of towns. Moscow withdrew its troops, abandoning major supply hubs such as the cities of Balakliya, Kupiansk and Izium in what it called a "regrouping."

From now on progress will be more difficult. The reason is that the Kyiv forces have to consolidate the ground gained before moving forward. In addition, Russian forces are fortifying their defenses in the east, Serhiy Gaidai, the Ukrainian governor of Luhansk, told Reuters. “Heavy fighting continues in many directions, including in the Luhansk region. The Kharkiv 'instant scenario' will not be repeated. We will have to fight hard for our region. The Russians are preparing for their defense,” he explained.

In recent days there have been signs of euphoria in Ukraine. But now calm comes. Zelenski said on Tuesday that the recovered area is stabilizing and yesterday the secretary of the National Security and Defense Council, Oleksí Danílov, wrote on social networks that "there is still a lot of work to do to liberate our lands, and Russia has a lot of of weapons".

Proof of this is that Russia continues to hit Ukrainian territory with its missiles on a daily basis.

As a result of one of these attacks, yesterday the center and a neighborhood of Zelenski's hometown, Kriví Rih, woke up flooded. On Wednesday seven missiles, according to local authorities, hit a nearby dam and the Inhulets River, a tributary of the Dnipro, experienced a sudden rise in its flow.

Zelensky denounced an “attempt to flood Kriví Rih”. Authorities later said the situation was under control and regional governor Valentin Reznitchenko announced there were no casualties.