The Russian Supreme Court on Tuesday designated the Azov regiment as a terrorist group. 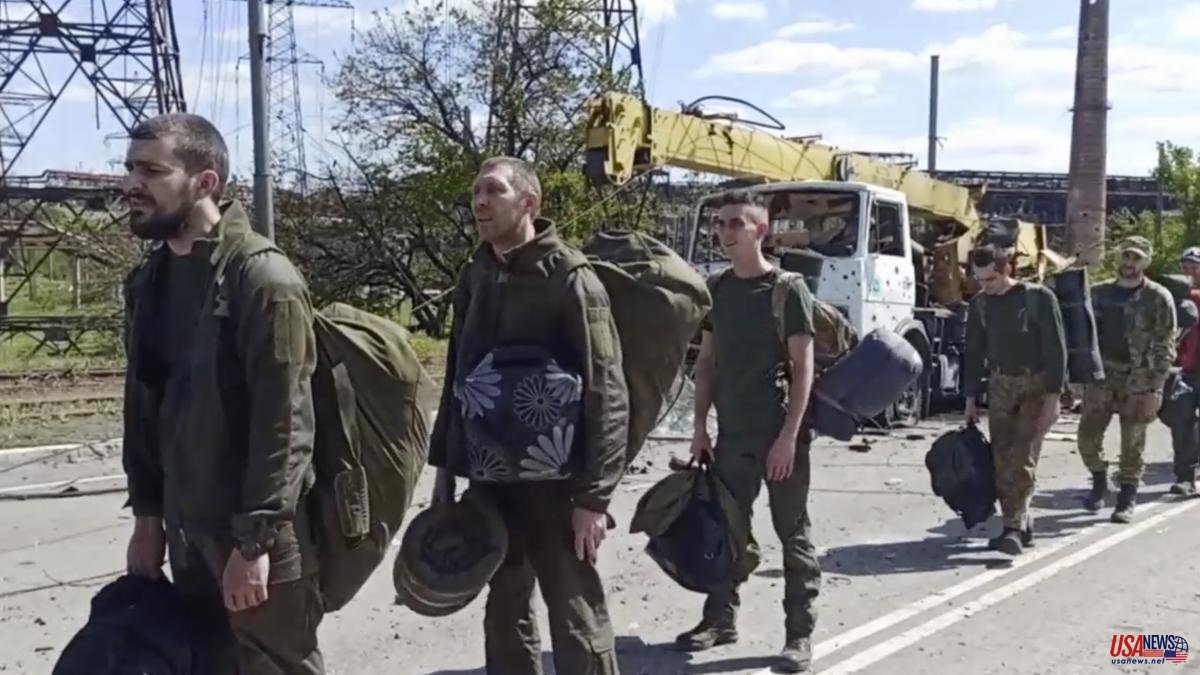 The Russian Supreme Court on Tuesday designated the Azov regiment as a terrorist group. The brigade, whose roots are linked to the extreme right and ultra-nationalists, has been one of the most prominent formations in the fight against pro-Russian troops in eastern Ukraine since 2014. Its fighters starred in the defense of besieged Mariupol, resisting in the basements of the Azovstal steel mill for weeks.

Russia mentions the Azov regiment to support its claims that Ukraine is controlled by "fascists" and thus justifies its special operation to de-Nazify its neighboring country in its way of defining the Russian invasion that began on February 24. Russian state propaganda compares the Azov fighters to World War II-era Nazis, whose defeat at the hands of the Soviet Union remains a fundamental part of Russian national identity.

Fighters from the regiment who survived the siege of Mariupol were captured by Russia when they were forced to surrender in May when the port city fell after a nearly three-month siege. Some 2,500 Ukrainian soldiers agreed to lay down their arms in the hope of being redeemed in a prisoner-of-war swap. But the Russian authorities immediately rejected it.

Pro-Russian separatist officials in the Donetsk People's Republic, the Russian-backed autonomy that claims Mariupol as part of its territory, then said imprisoned members of the regiment could face the death penalty under the laws of the self-proclaimed republic. According to the separatists, more than 500 troops from Azov and other Ukrainian armed regiments are suspected of war crimes. Anyway, 95 of them were returned to Ukraine in June.

The news comes a few days after Russia bombed the Olenivka prison, near Donetsk, where some members of the regiment were held. At least fifty prisoners of war were killed in the attack. His women demonstrated yesterday in Kyiv in what they described as a "public execution".

Russia, where some lawmakers have also called for the death penalty for members of the regiment, has transferred many of the prisoners, including several of its commanders, to penitentiaries in Russia's Rostov region. The Russian Instruction Committee has been collecting for months the crimes committed by Azov against the civilian population in Ukraine, especially in Donbas.

Azov was created in 2014 in Mariupol after the pro-Russian uprising in the Donetsk region, although its origins are linked to extreme right-wing leaders, it later joined the Ukrainian National Guard and part of its ultra-nationalist ideology was diluted.