The fear that Moscow could use the gas weapon to threaten Europe became more evident yesterday. 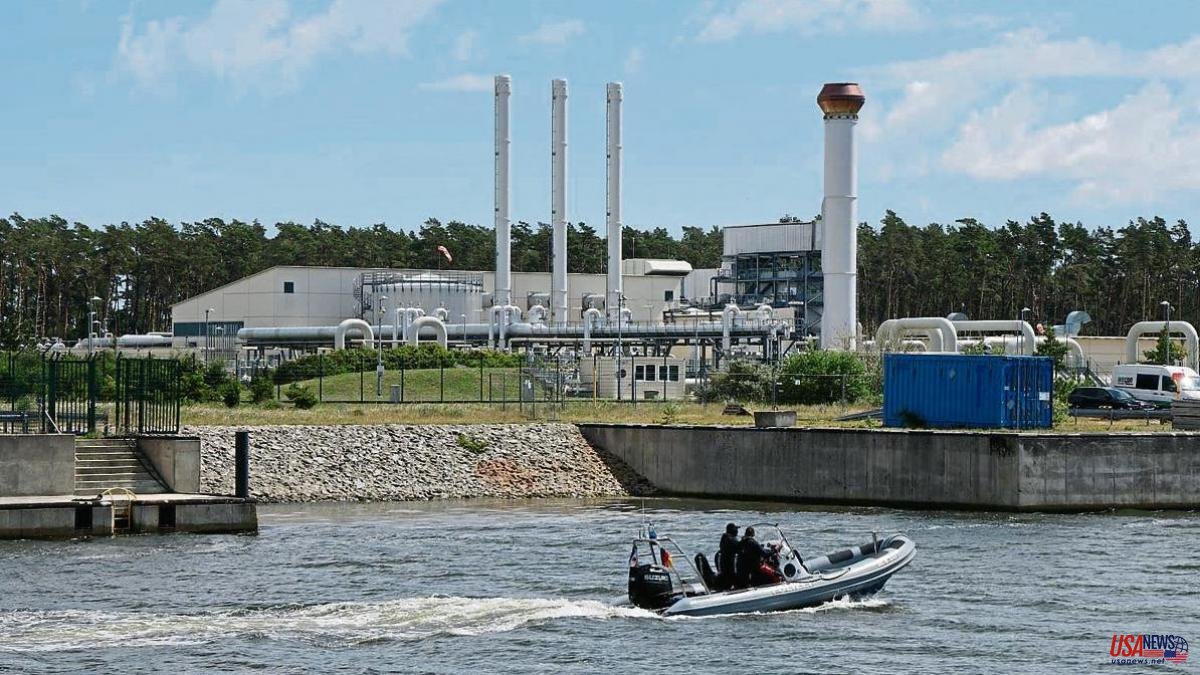 The fear that Moscow could use the gas weapon to threaten Europe became more evident yesterday. The planned closure for maintenance of the Nord Stream 1 gas pipeline through which Russia sends gas to Germany through the Baltic, was added to a notable reduction in supply to Italy and Austria, two countries highly dependent on energy from Moscow. The Italian hydrocarbons company Eni – 30% controlled by the State – reported yesterday that the Russian giant Gazprom informed them that it was going to provide gas volumes of around 21 million cubic meters per day, compared to the average of over 32 million in the last days. That means cutting the shipment of gas to Italy by a third.

In Austria, the OMV group, the largest oil and gas consortium in central and southeastern Europe, said it was receiving only 30% of the volume of gas supplies agreed with Gazprom. Vienna buys 80% of its gas imports from Moscow and has already received a much smaller amount since mid-June due to a two-thirds reduction in the amount that crossed the Nord Stream 1. The Russian gas company alleged technical problems due to the lack of a turbine from the German company Siemens, which was blocked in Canada as part of the sanctions imposed by the West on the Kremlin for the war in Ukraine. But German politicians did not hesitate to see it as a pretext for an economic attack.

The stage is delicate. The closure of the Nord Stream 1 is done every year to ensure the operation of the facility. But given the current situation, Berlin's great concern is what will happen from July 21, when this maintenance break should end. Olaf Scholz's government fears a definitive cut if Vladimir Putin ends up deciding to put pressure on Europe in this way. Yesterday, the German Executive did not want to speculate on what will happen from next Thursday, but acknowledged that the situation is "tense" and "very serious", according to Susanne Ungrad, deputy spokesperson for the German Economy. Ungrad wanted to send a message of calm by ratifying that "today the security of supply is guaranteed" and pointed out that for the moment they are not considering declaring the next level in the gas emergency plan, which would imply the intervention of the State in the market to regulate the flow. Canada has finally agreed to send the turbine for repair to Germany, so according to Berlin the reason used will no longer be valid. But according to Klaus Müller, president of the Federal Network Agency (the regulatory authority for network markets in Germany), the worst case scenario – if no more gas arrives from Russia – looks “very, very bad”.

“The EU is preparing for any scenario. The situation is clearly serious and we must be prepared,” said European Commission spokesman Tim McPhie, adding that energy independence from Russia must be achieved as soon as possible. The Third Vice President of the Spanish Government, Teresa Ribera, called on the gas marketers to reduce the import of Russian liquefied natural gas and look for alternative purchase markets.

This is something that Italy has been working against since the outbreak of the conflict in Ukraine. In 2021, Russia was the main supplier of gas to the transalpine country, with hydrocarbons from Moscow representing 40% of total imports. But Mario Draghi's government has spent months focused on the goal of being completely autonomous from Moscow by 2024, and for the time being it has managed to reduce this dependency to 25% thanks to agreements with countries like Azerbaijan and Algeria, which have slightly increased their shipments, and also buying more gas from northern European countries and strengthening the three regasifiers currently available. The TAP, which sends gas from fields in Azerbaijan through the Adriatic, is reaching its maximum capacity. They have also signed pacts with the Republic of the Congo, Qatar and Angola.

For now, Rome is concentrating on taking advantage of the hot months to fill up its tanks before a winter that is expected to be difficult. The goal is to have the storage spaces at 90% of their capacity in November. Today they are at 64%. The moment could not be more critical, in a heat wave and when the drought that the country is going through affects the hydroelectric plants. Fearing a total Russian gas cut, Italy is preparing an austerity plan that could range from rationing to a "curfew" on street lighting and monuments, according to La Repubblica. Draghi has already taken a step by limiting the temperature of air conditioning in public buildings to 25 degrees.