Russia's Defense Ministry is trying to shake off responsibility for the missile attack that killed dozens of Russian soldiers in Makiivka in Russia's annexed Donetsk region of eastern Ukraine last fall as outrage grows among nationalists, bloggers military and some Russian legislators, who demand the punishment of military commanders for ignoring the dangers. 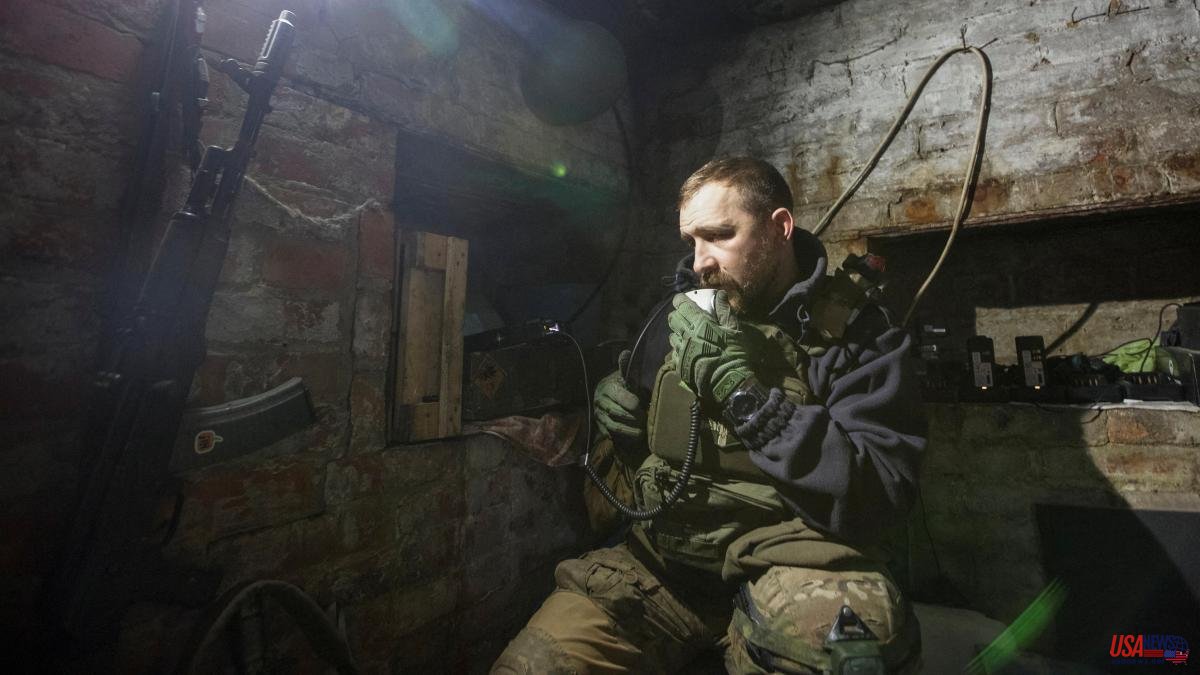 Russia's Defense Ministry is trying to shake off responsibility for the missile attack that killed dozens of Russian soldiers in Makiivka in Russia's annexed Donetsk region of eastern Ukraine last fall as outrage grows among nationalists, bloggers military and some Russian legislators, who demand the punishment of military commanders for ignoring the dangers.

Law enforcement officials in the Donetsk People's Republic (DPR) assured the Kremlin that the attack occurred because Russian soldiers violated security guidelines by using personal mobile phones. This revealed the position of the barracks to the Ukrainian forces, who took the opportunity to carry out a precision attack on the base, according to the Washington-based Institute for the Study of War (ISW).

In a rare disclosure and acknowledgment of casualties by Russia, Russia's Defense Ministry admitted on Monday that 63 soldiers were killed on New Year's Eve, in an explosion that destroyed a temporary barracks at a training school in Makiivka, city twin of the regional capital of Donetsk. Geolocated images released on January 1 also locate the site of the attack at Vocational School No. 19, less than 13 kilometers east of the front line. It is one of the deadliest attacks of the ten-month war.

Several critical voices say that the soldiers were staying next to an ammunition depot, which according to the Russian Defense Ministry was hit by four rockets fired from US-made HIMARS systems. For all these reasons, the military commanders demand the resignation of the head of the DPR, Denis Pushlin, as reported by the Deputy Minister of the Interior of the neighboring Luhansk People's Republic (LNR), also annexed by Russia, Vitaly Kiselyov.

Ukraine originally put the death toll in Makiivka at 400, though pro-Russian regional authorities called that an exaggeration. Although later, the Ukrainian Ministry of Defense avoided talking about Russian casualties in its operation report on Monday, where it highlighted only material losses: "up to 10 units of military equipment of various types were destroyed in the concentration area of ​​the settlement of Makiivka," he wrote.

Ukraine rarely publicly claims responsibility for attacks on Russian-controlled territory in Ukraine, and President Volodymyr Zelensky did not refer to the attack in his late-night speech on Monday.

Russian military bloggers attributed the scale of the destruction to ammunition storage in the same building as the barracks, despite military commanders knowing it was within Ukrainian rocket range. Igor Girkin, a former commander of pro-Russian troops in eastern Ukraine and now one of the most prominent Russian nationalist military bloggers, claimed hundreds of people were killed or injured in the attack. Ammunition and camouflaged military material were stored at the site, he said.

"What happened in Makiivka is horrible," wrote Archangel Spetznaz Z, a Russian military blogger with more than 700,000 followers on the Telegram messaging app. "Who came up with the idea of ​​placing personnel in large numbers in a building where even a fool understands that even if they hit with artillery, there will be many injured or killed?" he wrote. The commanders "don't give a damn," he said.

Unverified images posted online of the aftermath of the explosion at Russia's Makiivka barracks showed a massive building reduced to smoking rubble. Likewise, the Planet company satellite offered evidence of the destruction with images captured before and after the attack.

Russian Senate member and former Deputy Foreign Minister Grigory Karasin demanded not only revenge against Ukraine and its NATO supporters, but also "a rigorous internal analysis." For his part, the legislator and former president of the Senate, the Russian upper house, Sergei Mironov, demanded criminal liability for the leaders who "allowed the concentration of military personnel in an unprotected building" and for "all higher authorities who did not provide the level of adequate security".

Deputy Chairman of the Moscow Duma and pro-Kremlin journalist Andrey Medvedev observed that "housing personnel in buildings instead of shelters directly helps the enemy."

Some of the deceased came from Russia's southwestern region of Samara, the region's governor told Russian media, urging affected relatives to contact recruitment centers for information.

In this regard, Medvedev stated that the authorities, whether civilian or military, must value the lives of Russians. "Either a person has the highest value - and then he has to be punished for stupid losses of personnel, such as treason - or the country is finished," the ultra-conservative wrote on the Telegram messaging application.

The bulk of the mobilization of recruits ordered by President Vladimir Putin in September fell on ethnic minority regions, while these communities have paid the highest price in the lives of young soldiers since the Russian invasion began on February 24.

The ISW assures that it does not remember a level of criticism against the military high command and the Kremlin for failures on the battlefield such as the one that has caused the Makiivka attack since the failed crossing of the river in Bilohorivka by Russian troops on last May, also in Donetsk; or the failed Russian offensive in Pavlivka, in the southern region of Odesa, in October. As a consequence, Putin may find it difficult to lead the narrative and appease the more pro-war community, dominated at times by criticism from the head of the Wagner group, the oligarch Yevgeny Prigozhin.

"Putin's inability to address criticism and correct flaws in Russia's military campaign may undermine his credibility as a practical war leader," the ISW claims. The Russian president has ordered the military and the Investigative Committee to investigate the incident by January 6, so it is likely that more details of the event will be known by the end of the week at the latest.