The dispute between Russia and Ukraine continues. 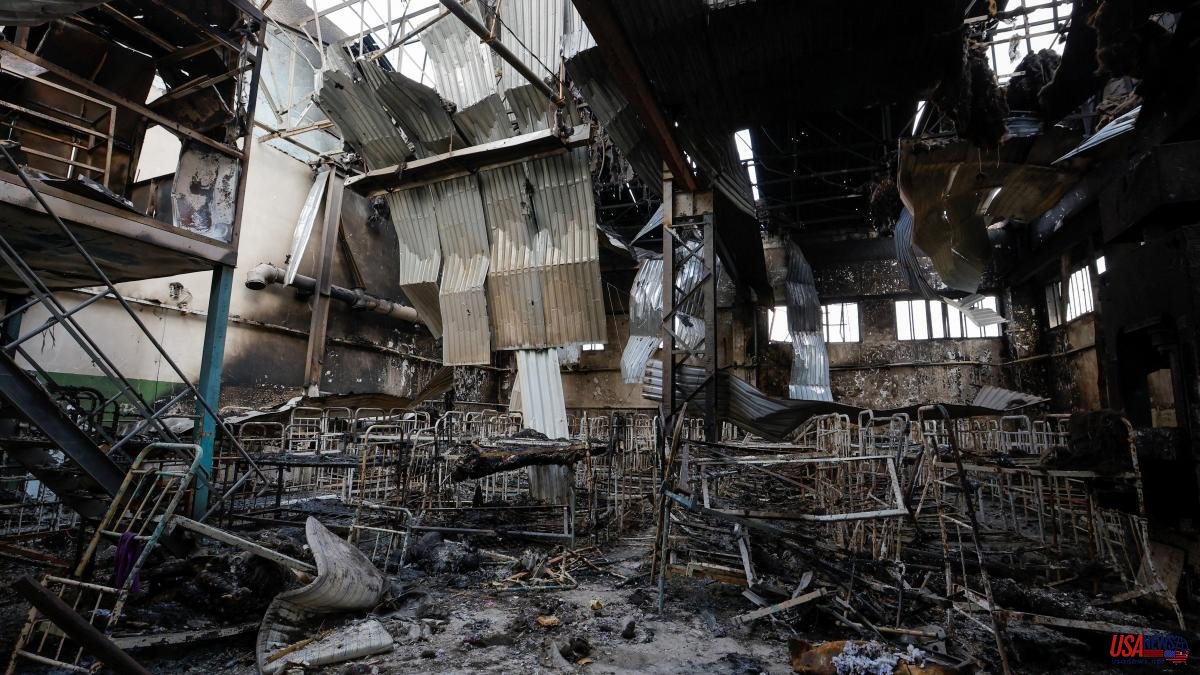 The dispute between Russia and Ukraine continues. The two countries have accused each other this Friday of bombing a prison in Olenivka, a settlement controlled by the self-proclaimed Donetsk People's Republic, in eastern Ukraine.

Separatist authorities and Russian officials have claimed that the attack has killed at least 40 Ukrainian prisoners of war and injured 75 others. Both sides have stated that the assault was premeditated with the aim of covering up atrocities.

For its part, Russia has claimed that the Ukrainian military has used multiple rocket launchers supplied by the United States to attack the prison.

Moscow claims to have opened an investigation into the attack and has dispatched a team from the Russian Investigative Committee, the country's main criminal investigation agency, to the scene.

The state agency RIA Novosti has reported that fragments of rockets from the precision High Mobility Artillery Rocket System supplied by the United States were found at the site.

The Ukrainian military, on the other hand, has denied carrying out any rocket or artillery attacks on Olenivka, and has accused the Russians of bombing the prison to cover up the alleged torture and execution of Ukrainians there.

Among the Ukrainian prisoners of war in the Donetsk jail were troops captured during the fall of Mariupol. They spent months holed up with civilians in a giant steel factory in the southern port city.

Ukrainian presidential adviser Mykhailo Podolyak has called for a "strict investigation" into the deadly attack and urged the United Nations and other international organizations to condemn it. He claims that the Russians had transferred some Ukrainian prisoners to the attacked barracks a few days before the attack, suggesting that it was planned.

Denis Pushilin, leader of the internationally unrecognized Donetsk republic, has said there were 193 inmates in the prison. Of these, he has not specified how many were Ukrainian prisoners of war.

The deputy commander of the Donetsk separatist forces, Eduard Basurin, has suggested that Ukraine has decided to attack the prison to prevent the captives from revealing key military information. Ukraine "knew exactly where they were being held and where," he said.

"After the Ukrainian prisoners of war began to talk about the crimes they had committed and the orders they received from Kyiv, the political leadership of Ukraine has made the decision to carry out an attack here," says the deputy commander.

During several months of war in Ukraine, Moscow has focused on trying to seize the parts of Donbass not yet in separatist hands.

Ukrainian forces are fighting to hold onto remaining territory under their control in Donetsk, which together with neighboring Luhansk province make up Ukraine's predominantly Russian-speaking Donbass industrial region.