Russia and control of the seas

If you have a world map handy, dear reader, take a look at it. 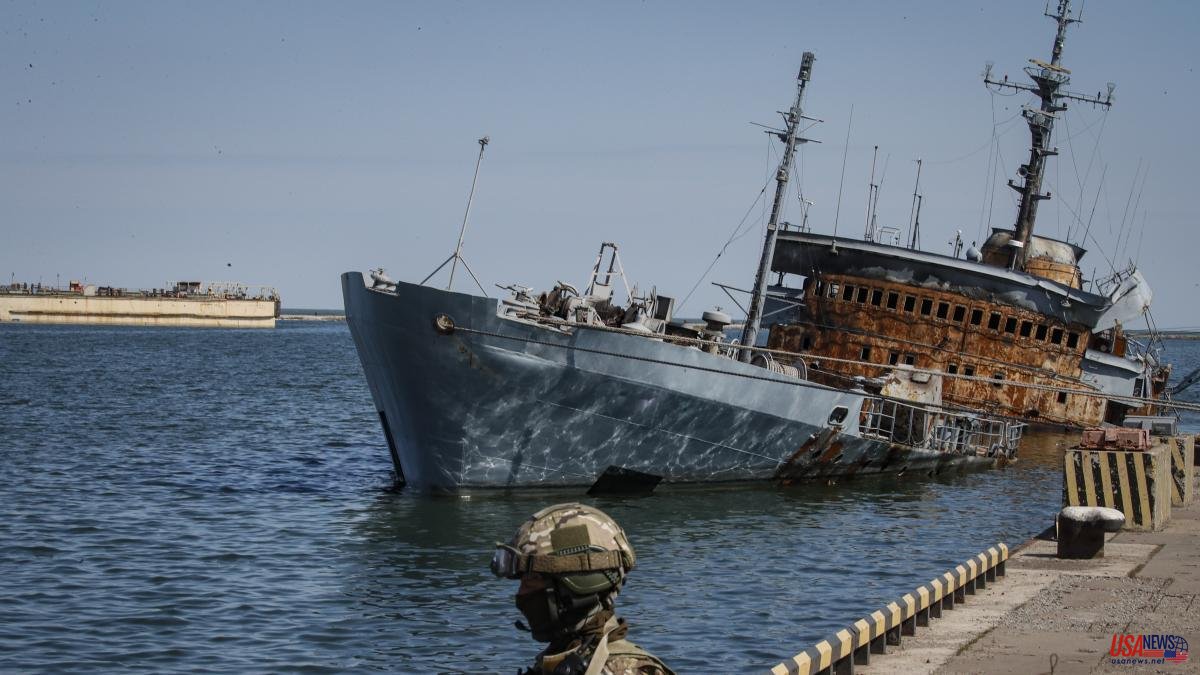 If you have a world map handy, dear reader, take a look at it. Because we are going to talk about geography and, therefore, about geopolitics. Geography determines the foreign policy of countries. The paradigmatic example is Russia.

In its European part, it forms an enormous plain that extends towards the rest of Europe up to the Western Pyrenees. Hence the obsession with extending its security perimeter to the west, which is reflected in Catherine the Great's historic phrase, according to which the best way to defend Russia's borders is by expanding them.

So it was with the tsars and then with the Soviet Union, when it came to exercise its dominance over Central Europe (the so-called satellite countries), including the eastern part of Germany.

Such domain included the eastern and southern part of the Baltic, supplemented by the neutrality of the western part (Finland and Sweden). Such a situation avoided the risks of sea frost that could cover the Gulf of Finland and allowed access to the "warm waters" of the Atlantic, through the Nordic Straits. Likewise, it made it possible to avoid the difficulties of leaving through a normally frozen Arctic and very difficult to navigate.

This obsession with exits to the sea is manifested in other geographical points. The conquest of Siberia allows reaching the Pacific, hence the strategic importance of the Kuril Islands, seized from Japan at the end of World War II. Another example is in Central Asia, protagonist of the Great Game, in the 19th century, between the tsars and the British Empire to access the Indian Ocean, after controlling the Caspian Sea.

The collapse of the Soviet Union has substantially changed the situation in that sea, since now Russia must share its coasts with four other countries. On the other hand, the melting of the Arctic as a result of global warming opens new possibilities for Russia, although seven of the eight countries of the Arctic Council are or will be members of NATO.

Finally, the other great center of Russian attention has been the Black Sea. For this reason, Russia has always wanted to control the Caucasus and the western part of the sea, something that it achieves with the Soviet Union, except for the strategic control of access to the Mediterranean by Turkey in the Bosphorus, and that explains the historical animosity and the military confrontations between both countries, since the Tsarist era and the Ottoman Empire. Therefore, Turkey's membership in NATO was an obvious geopolitical setback. Something that continues to be the case today and that is added to the liberation of Russian and Soviet influence over Romania and Bulgaria. This explains much of the logic behind the Russian invasion of Ukraine, control of Crimea (and the Sebastopol base, used by the Russian fleet for centuries) and the desire to cut off Ukrainian access to the Black Sea, connecting Crimea to Donbass, to the east, and with Transnistria, to the west. Beyond the ultranationalist and pan-Slavic dream of Great Russia, behind it is recovering a good part of the territory lost after the fall of the Berlin wall. Essential to President Putin's goals of reclaiming the post-Soviet space.

Such a geopolitical situation explains, in turn, Turkey's position of strength, which even allows itself the possibility of vetoing the entry of Finland and Sweden into the Atlantic Alliance. A position that now provides him with something very important and that has gone relatively unnoticed: the prohibition of passage through the Bosporus of warships, both Russian and NATO itself.

But back to the Baltic. The entry of Sweden and Finland into the Atlantic Alliance, already formally requested by both countries and which would foreseeably lead to their integration at the end of this year, is another extraordinary setback for Russia and explains its virulent reaction, threatening "technical-military" measures ” if this involves the presence of NATO troops on their territories.

Thus, the Baltic becomes an Alliance sea, after having been a Soviet sea. Because, beyond the exit through the Gulf of Finland, Russia only has its enclave in Kaliningrad, wedged between Lithuania and Poland. Therefore, the defense of the Suwalki corridor (the only land link with Belarus) and the border between these two countries is essential for NATO to prevent the Baltic republics from becoming isolated by land from the rest of the Alliance.

But, in any case, such a situation is profoundly altered by the historical change of Finland and Sweden, abandoning their neutrality (forced in the case of Finland, but freely assumed by Sweden, since the Congress of Vienna in 1815) and allowing the defense of the Baltic republics also from the sea.

The military buildup of Kaliningrad is the only answer on Russia's part. The threat of installing nuclear warheads on the Iskander missiles located in that territory and the expansion of the Baltisk air-naval base are part of this context.

For this reason, the movement of both Nordic countries (provoked by Russia's own aggressiveness) to share their security within NATO is a real defeat (one more) for Putin. Not only has he not achieved the withdrawal of the Alliance to the borders prior to the 1990s, but he is reinforced by countries that until now had remained neutral. And what is worse, it curtails his historical obsession with the control of its adjacent seas. If, in the end, he too failed to cut off Ukraine's access to the Black Sea, the balance would be truly catastrophic for Russia. A Russia increasingly encapsulated in its own territory and with less capacity to access the Atlantic and the Mediterranean.