While Ukraine and its European partners pressure Moscow with the sixth package of sanctions, on the ground it is Russia that is advancing. 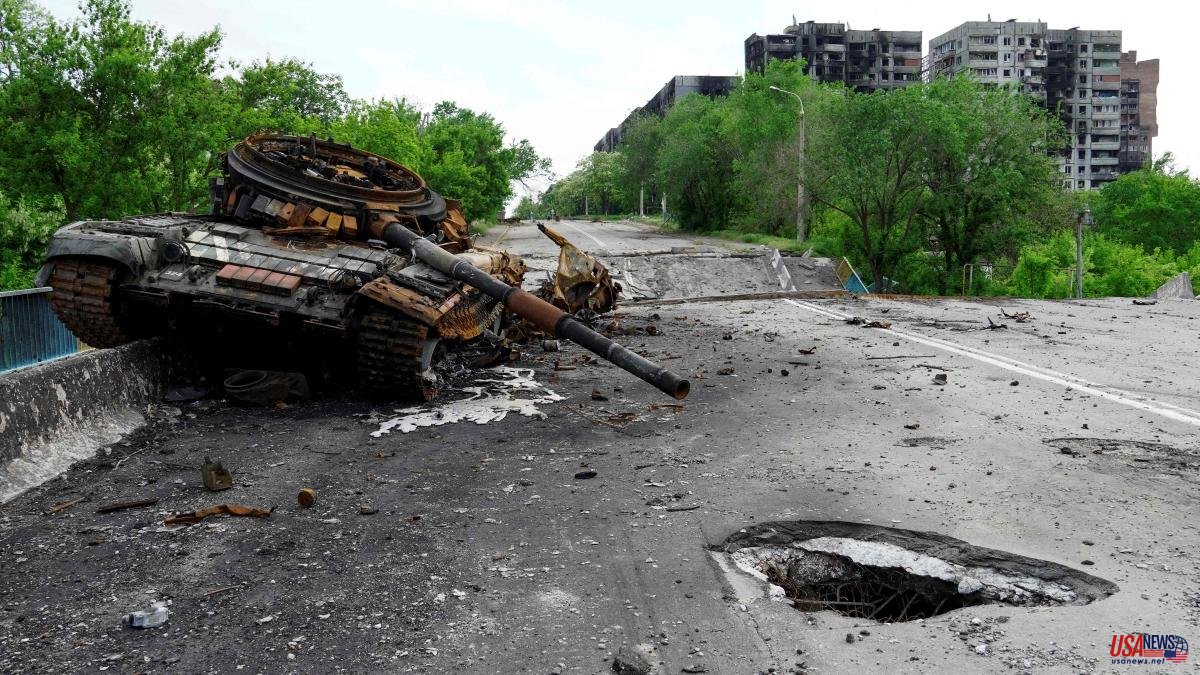 While Ukraine and its European partners pressure Moscow with the sixth package of sanctions, on the ground it is Russia that is advancing. Her armed forces and the pro-Russian militias of the Donbass yesterday controlled an important part of Severodonetsk, a key city in the Russian offensive to gain control of the region.

Severodonetsk, which had just over 100,000 inhabitants before the fighting broke out in February, is part of Luhansk province. The pro-Russians of the self-proclaimed People's Republic of Luhansk (RPL) claimed yesterday to control a third of the town.

“Our main task is to liberate Severodonetsk and Lisichansk. In these sectors, according to the military, the grouping of Ukrainian troops is made up of about 10,000 troops,” its leader, Leonid Pásechnik, told Tass. Taking those two cities would allow Moscow and its partners to control this entire province. The other province in the region is Donetsk.

Russian pressure was confirmed, for its part, by Ukraine. The Ukrainian mayor of the city, Oleksandr Striuk, assured that the attacking troops control half of Severodonetsk. “Unfortunately, the city has been divided in two. But he still defends himself. She is still Ukrainian,” he said.

The governor of the Kyiv-controlled Luhansk Territory, Serhiy Gaidái, assured on Ukrainian television that there does not seem to be a risk that the Ukrainian forces will be surrounded at the moment. But in order not to endanger the men, if necessary they could withdraw to Lisichansk, on the other side of the Siverskyi Donets River, the main tributary of the Don and which separates the two cities. According to him, the attack by Russian troops on Severodonetsk is being carried out from various directions and the “situation is very serious”.

Other fronts of this conflict are also complicated.

From this Wednesday, June 1, Russia will stop supplying natural gas to Ørsted, Denmark's main energy group, and to the British-Dutch Shell for its contract with Germany for refusing to pay in rubles, the gas giant announced on Tuesday. Gazprom Russian energy.

The two companies had until May 31 to pay their April invoices in rubles, as the Kremlin demanded to counter Western sanctions.

In recent weeks, Gazprom has already cut gas supplies to several countries for the same reason, including Poland, Finland, Bulgaria and the Netherlands.

On the front of the sanctions and the EU boycott of Russian oil, Moscow reacted with an indignant rejection in the political field and with calm in the business field.

Sberbank, the main Russian bank, which along with two other entities will be excluded from the Swift financial system, minimized the impact of the measure because "the main restrictions are already in force" and "the exclusion of Swift does not change anything in the situation for international payments”.

For the Vice President of the Security Council, Dimitri Medvedev, at the heart of these decisions against Russia is a hatred towards Russia and the Russians.

“This hate is abhorrent and irrational. But that doesn't mean we have to accept it. You just need to draw all the necessary conclusions for the future. Remember this attitude towards us. And not forgive those who hate us. Never," the former president and prime minister of the country wrote on his Telegram channel.

Russian Foreign Minister Sergei Lavrov also referred to the sanctions. During a trip to Bahrain, he blamed the West and its moves against Russia for the risk of a global food crisis. “Western countries, which have created a ton of man-made problems by closing their ports to Russian ships and destroying logistics and financial chains, need to seriously reflect on what is more important to them: publicizing the food security issue or solving this problem,” Lavrov said.

Russia is ready to ensure the safe passage of grain ships from Ukraine, Lavrov said. But for this "Ukraine must demine the coastal waters in the territorial sea of ​​​​Ukraine and that were mined."

If Kyiv resolves this situation, the Russian Navy will ensure the unhindered passage of food ships to the Mediterranean on the high seas and then to their destinations, he said.