With its usual phraseology full of euphemisms, the Russian Ministry of Defense fulfilled the formality of informing Vladimir Putin of the progress of the campaign – of invasion – of Ukraine and did so by pointing to the “liberation” of the Luhansk province. 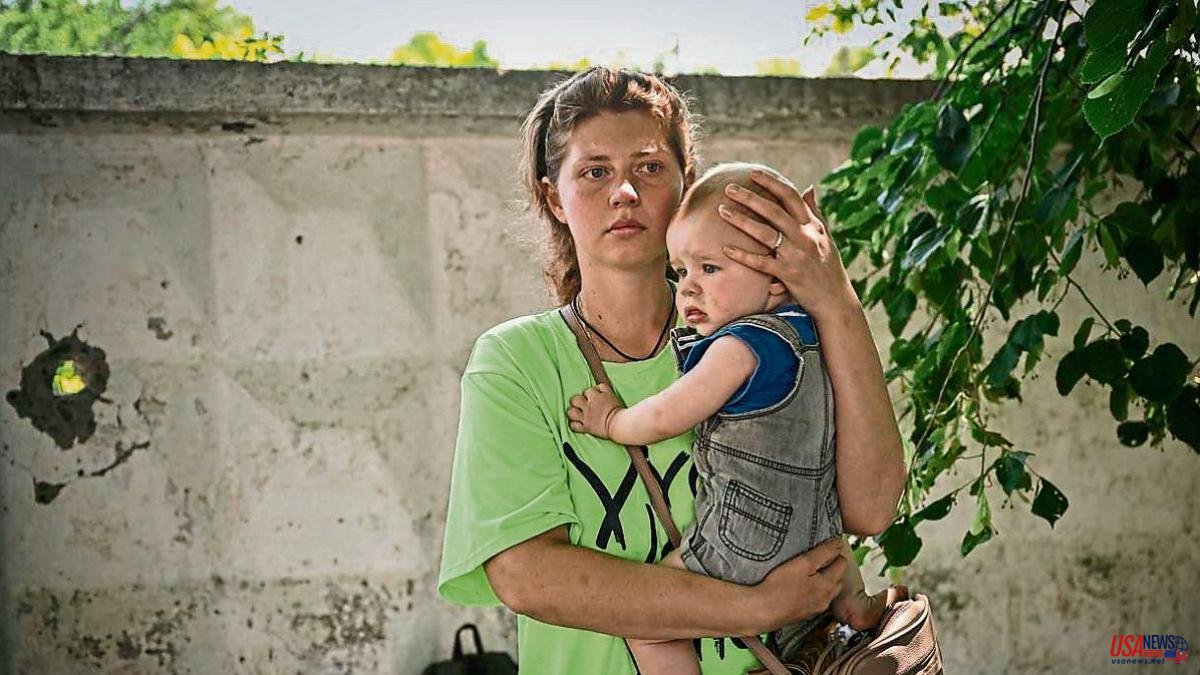 With its usual phraseology full of euphemisms, the Russian Ministry of Defense fulfilled the formality of informing Vladimir Putin of the progress of the campaign – of invasion – of Ukraine and did so by pointing to the “liberation” of the Luhansk province. In reality, the head of the ministry, Sergei Shoigu, was mainly referring to the seizure of Lisichansk, the last major city remaining in Ukrainian hands in Luhansk.

“After intense fighting for Lisichansk, the Ukrainian defense forces were forced to withdraw from their occupied positions and lines,” the Ukrainian army general staff admitted after a few hours of hesitation on the matter. Although the Ukrainian president Volodímir Zelenski promised to recover the lost territory.

Lisichanks was the last major resistance stronghold in Luhansk and, by extension, in the Donbass region. "For Ukrainians, the value of human life is a top priority, so sometimes we can withdraw from certain areas in order to retake them in the future," said Yuri Sak, Ukraine's defense spokesman.

The Ukrainian president spoke along the same lines in a video released last night: "Ukraine will strike back with long-range weapons, such as the HIMARS rocket launchers supplied by the United States." "The fact of protecting the lives of our soldiers, of our people, plays an equally important role. We will rebuild the walls, we will recover the territory, and we must protect the people above all else," Zelensky said.

And it is that the city of Lisichanks has been in recent weeks the object of a continuous and relentless siege by Russian and pro-Russian forces. The artillery has not stopped launching its shells on the city day and night.

If the information coming from Moscow is heeded, control of the region would be a fact. Russia says capturing Lisichansk less than a week after taking neighboring Severdonetsk means it has "liberated" Luhansk. The Russian government added that it will hand over the province to the self-proclaimed Luhansk People's Republic, supported by Russia, whose independence it recognized on the eve of the war.

The Russian defense spokesman, Lieutenant General Igor Konashénkov, pointed out that, during the operation in the area, Russian and pro-Russian troops also took control of Verjno Kamianka, Zolotarivka and Bilhorivka, to the west and very close to the border of neighboring Donetsk province, and reached the Siverski Donets River. According to this information, all this would have allowed the soldiers to "close the fence around Lisichansk", he indicated.

It seems certain that Ukraine has lost some vigor in its counter-offensives in recent days. However, yesterday there was news of what could be a Ukrainian attack on Russian soil. According to information from the governorate of the Russian region of Belgorod, four people would have died in a missile attack. The alleged Ukrainian attack would have been carried out with Tochka-U missiles. The explosions would have occurred in a place near the eastern Ukrainian province of Kharkiv.

In a video posted on Telegram, the governor of Belgorod, Viacheslav Gladkov, indicated that "four people died: one of them is a Russian citizen, three are citizens of Ukraine." In addition, he confirmed that the number of injured amounts to four, including a 10-year-old boy.

In the Russian-occupied Ukrainian city of Melitopol, Kyiv forces say they have launched as many as 30 missile attacks on a key Russian command post there, though the Russians speak of damage only to private homes. Information remains an important weapon of war on the Ukrainian scene.

Zelensky also reported that Russia had "brutally" attacked the cities of Kharkiv, Kramatorsk and Sloviansk with rockets, all in the east of the country. In Sloviansk alone, they caused six deaths and 20 injuries. Russia's Defense Ministry also said on Sunday it had hit military infrastructure in Kharkiv, Ukraine's second-largest city in the country's northeast, where a Reuters reporter said Ukrainian forces had been building fortifications following overnight shelling. .