Rudolph Valentino jumps into the ring

The sex symbol of silent cinema was consecrated in a bullring in August 1922. 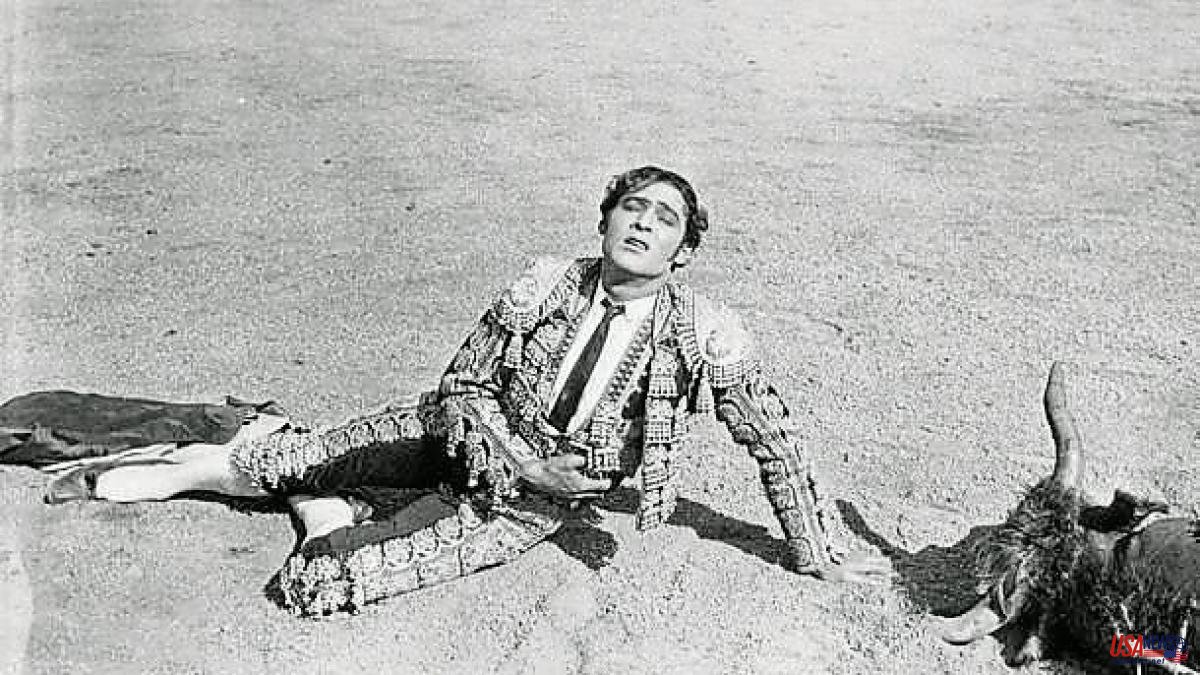 The sex symbol of silent cinema was consecrated in a bullring in August 1922. Rodolfo Valentino found an unbeatable show-off vehicle in the leading role of the film adaptation of Blood and Sand, the novel by Vicente Blasco Ibáñez, then the writer highest rated and highest paid in Hollywood. The role had it all: the epic of bullfighting and the romantic magnetism of the matador in a suit of lights, a magnet for ladies of all conditions.

The Latin lover would have liked to shoot in a real bullring, but animal protection laws made it impossible, much to his chagrin. The film did not lack any topic of eternal Spain, something that dazzled the American public and in which the Italian Valentino felt comfortable, who dealt with one of his best tasks on the big screen.