There was great expectation for the visit of Rubén Blades, exclusively for Cruïlla and in a two and a quarter hour concert. 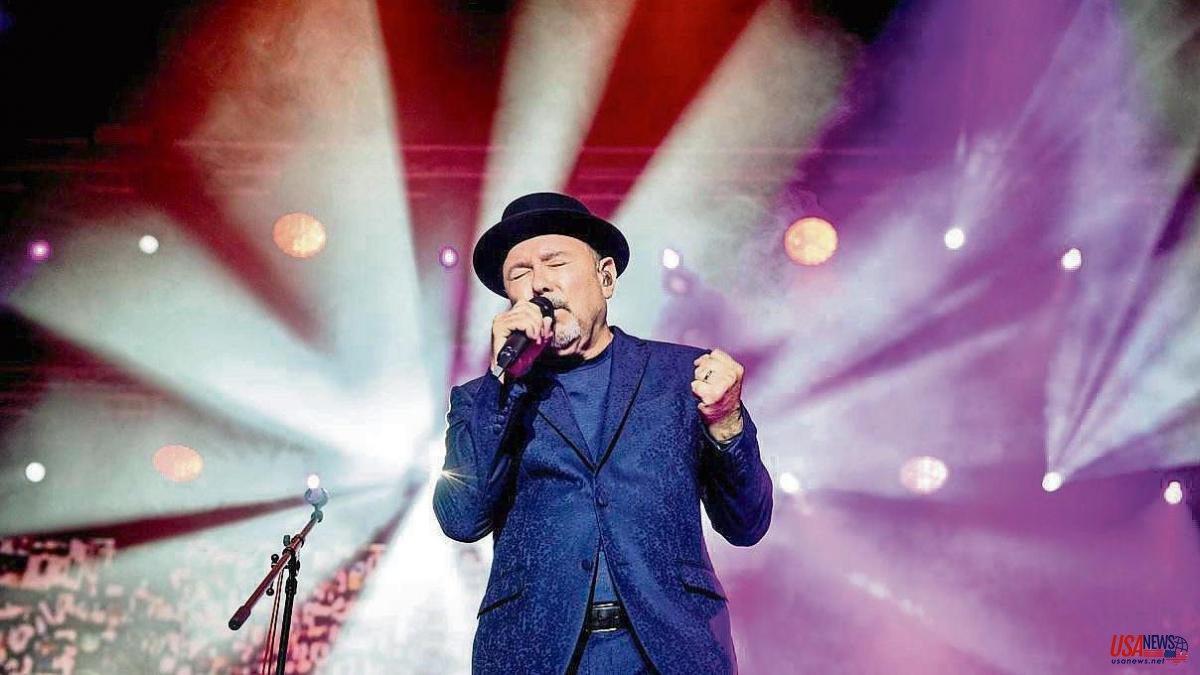 There was great expectation for the visit of Rubén Blades, exclusively for Cruïlla and in a two and a quarter hour concert. But for him that is nothing, if we take into account that he offers up to five hours, like the one on May 15, in a coliseum in San Juan, Puerto Rico, with a repertoire of 39 songs. Here he only gave them time to play 21, missing only one minute of the established time. And the fact is that the Roberto Delgado Orchestra works like a clock with Swiss precision, since they thunder brass and beat leather to warm up with an instrumental tribute to Tito Puente. Until the living God of salsa appears, about to turn 74, but jovial and elegant as a sapling. From the first minute the concert goes, as the opening theme says, Walking and in what way. In Barcelona Blades he has shown humility and greatness, doing choirs for beginners like Stay Homas. He remembered them, in the mentions section, and Juan Luis Guerra, Residente, the Platería Orchestra, Rosalía and Joan Manuel Serrat, with whom he was seen portrayed on the screens “when he had hair”.

Beyond the musical and poetic mastery, there was advice from a wise man, who has lived a long time, and also something from the politician that he carries inside. His comments between songs were a valuable addition. He emphasized that in Latin America if you complain and denounce, you are quickly labeled a communist. He also remembered how much his friend Gabo had to defend him from criticism. And he remembered Willie Colón, although now they are enemies, of the good old days in Fania with Pablo Pueblo.

It was exciting to see how well he sings in English, when he croons to pay tribute to Frank Sinatra. He glosses over the popular classes in Las callees and touches on everything, racism (Ligia Elena), slavery (Inside Plantation), the symbology of the indigenous people (Arayué), the Paula C orchestral salsa and, of course, he does not forget the great Héctor Lavoe, in a heartfelt tribute, sound and images, to this legend of salsa rescuing the emotional The singer who wrote to him. The nostalgia exists but the combat does not cease and so in the segment made up of Father Antonio and the altar boy Andrés, Ojos de perro azul, Forbidden to forget and Looking for America, the troubadour who does not mince words to denounce injustices and contempt appears, that are still in force, with the desperation of those who see the future as very dark if we do not know how to show solidarity. He also said that destiny has to be worked for and in the end Pedro Navaja sounded, a song that they predicted would not be successful, because it was too long. And Patria, as emotional as it is not very danceable, was saved for last, leaving behind gems like Buscando guayaba, María Lionza, Siembra, Juan Pachanga or Tiburón . It became clear that two and a quarter hours is not enough to capture the real dimension of this colossus of salsa. In addition, with a notebook, so that none of his pertinacious observations and comments escape. He is a philosopher, like the protagonist of Maestra vida, who chases time to get answers.

Returning home, trampling on a sea of ​​plastic cups, not in keeping with sustainability, we think of The song at the end of the world, at the origin of this happy celebration that was not only the highlight of this edition of Cruïlla, but perhaps of the entire history of the festival.