Rubiales will give explanations this Monday at the RFEF assembly

The president of the Royal Spanish Football Federation (RFEF), Luis Rubiales, will give explanations this Monday at the general assembly of the federative entity after the investigation opened against his management by the Anti-Corruption Prosecutor's Office. 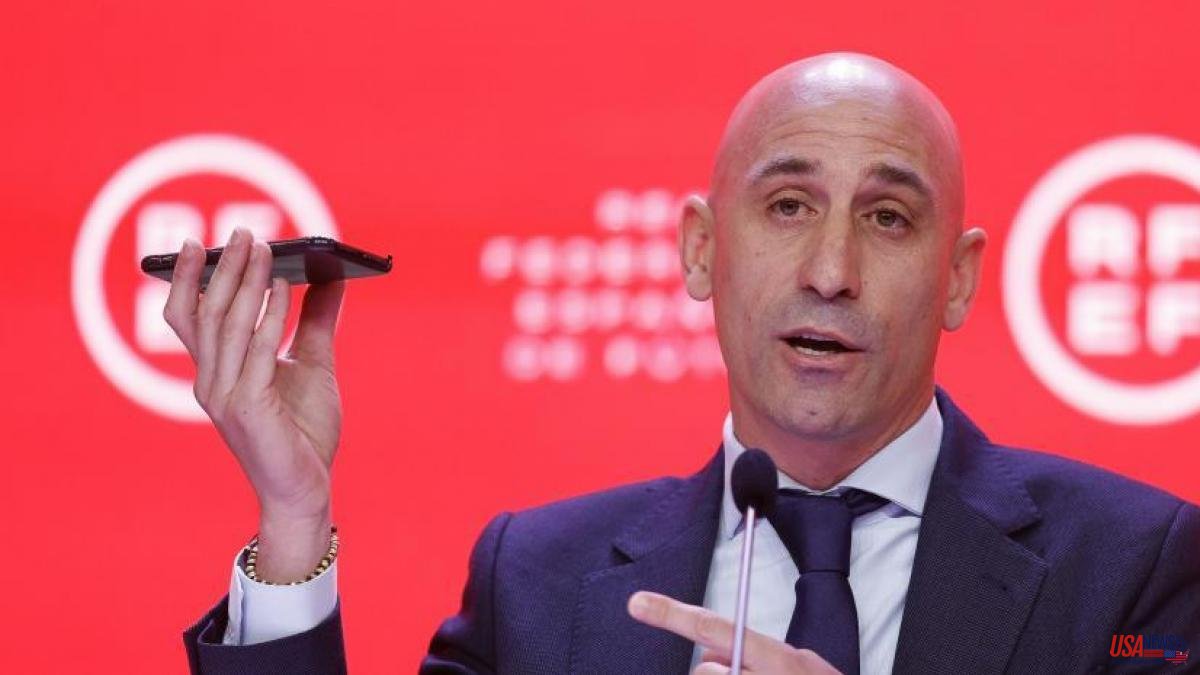 The president of the Royal Spanish Football Federation (RFEF), Luis Rubiales, will give explanations this Monday at the general assembly of the federative entity after the investigation opened against his management by the Anti-Corruption Prosecutor's Office. Eleven days ago, the Higher Sports Council (CSD), in a letter sent by its president, José Manuel Franco, demanded that he clarify the "alleged irregular behavior".

The maximum leader of the Federation will preside over the meeting in the Luis Aragonés room of the Ciudad del Fútbol de Las Rozas, where the assembly members will appear for a meeting where eight points are planned. The most outstanding aspects are the approval of the accounts for the 2021 financial year and the modification of the statutes.

The proceedings opened against Rubiales arose as a result of a complaint filed just over a month ago by the president of the National Training Center for Soccer Coaches (CENAFE), Miguel Ángel Galán, who accused the president of five crimes: corruption between individuals, corruption in business, unfair administration, administrative prevarication and bribery.

This complaint was based, in large part, on the audio leaked by the newspaper El Confidencial, where Rubiales and Gerard Piqué, an FC Barcelona player and president of the sports event management company Kosmos, were heard talking about the agreement reached to the transfer of the Spanish Super Cup to Saudi Arabia.

"Geri, congratulations. And I'm not referring to yesterday's great game or your goal. I mean that it's already past 12 o'clock and therefore the agreement with Saudi Arabia is already firm. A hug, thanks for everything and here I'm here for whatever you need," the president of the Federation is heard saying in one of the audios published by the media outlet.

At the time, after the publication of the audios and before the complaint, both Piqué and Rubiales gave their version of the events. "I am very indignant at the falsehoods that are being spread and I am very angry because more importance is given to the falsehoods that have been illegally stolen from my mobile phone," said Rubiales, who described his management at the head of the Federation of "clear, transparent, clean, honest and beneficial for Spanish football".

"Kosmos proposed a change to the format of the Super Cup. A change that I already proposed in many locker rooms in the elections. (...) They are told that the economic relationship of the Federation will be with Saudi Arabia, not with Kosmos. The Federation has not paid nor will it pay commissions to any company. The agreement was approved in the assembly", he insisted on an agreement that supposes 400 million euros for Spanish football.

"Everyone says it's legal, even the media that published it, so I save the explanation," concluded a Rubiales who was later accused by the same newspaper of paying with money from the Federation for a leisure trip to New York with a Mexican painter with whom he had a romantic relationship. The Federation denied the facts in a statement where it defended that "there was a large work agenda closed in advance, facts that will be accredited at the headquarters where it corresponds."