It's no secret that not all children like to read, but there is a step between that and having a great aversion to reading. 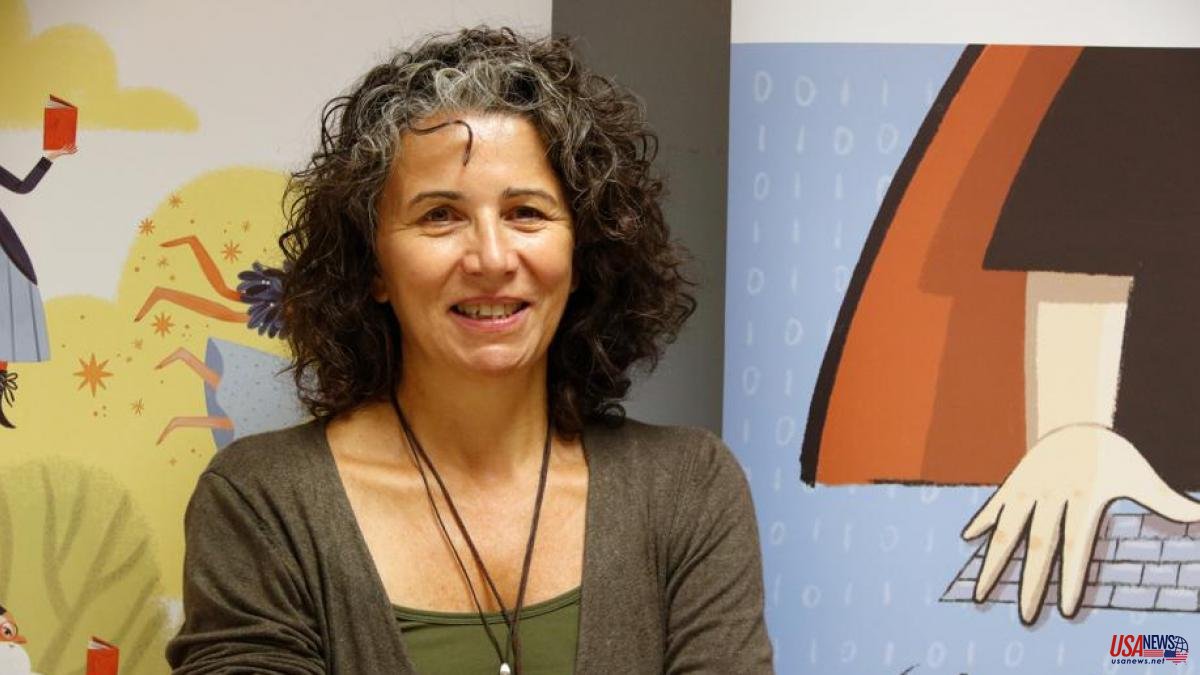 It's no secret that not all children like to read, but there is a step between that and having a great aversion to reading. This is what happens to Pere, the protagonist of Els letraphobics i el señor No-Nom (Cruïlla), the novel (illustrated by Gemma Palacio) with which Roser Rimbau (Girona, 1968) has won the Steamboat prize, according to this Jew has communicated.

Rimbau explained that the real origin of his novel is very similar to what he explains and, as in the narration, his partner's son did not like to read at all: "He is letteraphobic." One day, at his house, with a friend, they almost accidentally crashed his computer, "because they were bored, but that wouldn't have to happen in a house full of books." The parallels between character and author are some more, because according to what is read in the award-winning work, “she is dedicated to the trickiest literature there is: children's and youth literature, the LIJ. (...) If you pay attention, LIJ and puaj sound almost the same, just as fatal)”.

In the book, Pere and his friend Malak will have to fight against a villain who wants to dominate humanity by making everyone glued to the screens. Sometimes it doesn't exactly seem like fiction, no. But the kids will discover the power of writing to neutralize that Mr. No-Nom.

According to the jury, the winner is a "witty and crazy novel" with the value of words as a flag, and vindicates the book in a world dominated by screens. "Corrupted files, aware computers, binarized people... and two brave children who try to rewrite and straighten multiple stories," said Anna Pauner, executive editor of Cruïlla, who also highlighted the tone, which pushes the reader to empathize with the protagonist. The prize is endowed with 11,000 euros and the book is already in bookstores.

To date, Rimbau has published several album books, with which he won, for example, the Modest Prats 2018 award (El món esborrat, with illustrations by Cesc Pujol) and the Comte Kurt 2006 award for En Naïm s'ha descolorit. He has also done translation and local journalism, as well as doing assignments at the Takatuka publishing house and at an architecture office.

"It's a qualitative leap in my career," says the writer, who was clear about the change from the album to the novel when she found the subject, because it was the way to explain it well.

The winner wanted to claim the LIJ, because "sometimes it is not valued enough, but it lays the foundations for the readers of the future", and if this link is lost, letterophobia will gain space. However, although "screens and television put sticks in the wheels to get to reading", she understands that they have to have a space, but not occupy everything as sometimes happens, and that is why she is convinced that adults have to Be the first to set an example.

The other Cruïlla award, the Wide Angle for young audiences, was left deserted. Cruïlla editor Dolores Ortiz explained that none of the 14 originals received were of sufficient quality or did not fit the rules, so this measure was chosen as "a way to give prestige to the award." Not the first time they do it, and in fact last year it was El Vaixell de Vapor that had been deserted.