Rosell refuses to testify at his trial for a tax fraud of 230,500 euros

The former president of Barça Sandro Rosell has accepted his right not to testify in the trial he faces in a Barcelona court for defrauding the Treasury of 230,591 euros in 2012, using a company managed by himself to charge for his professional services. 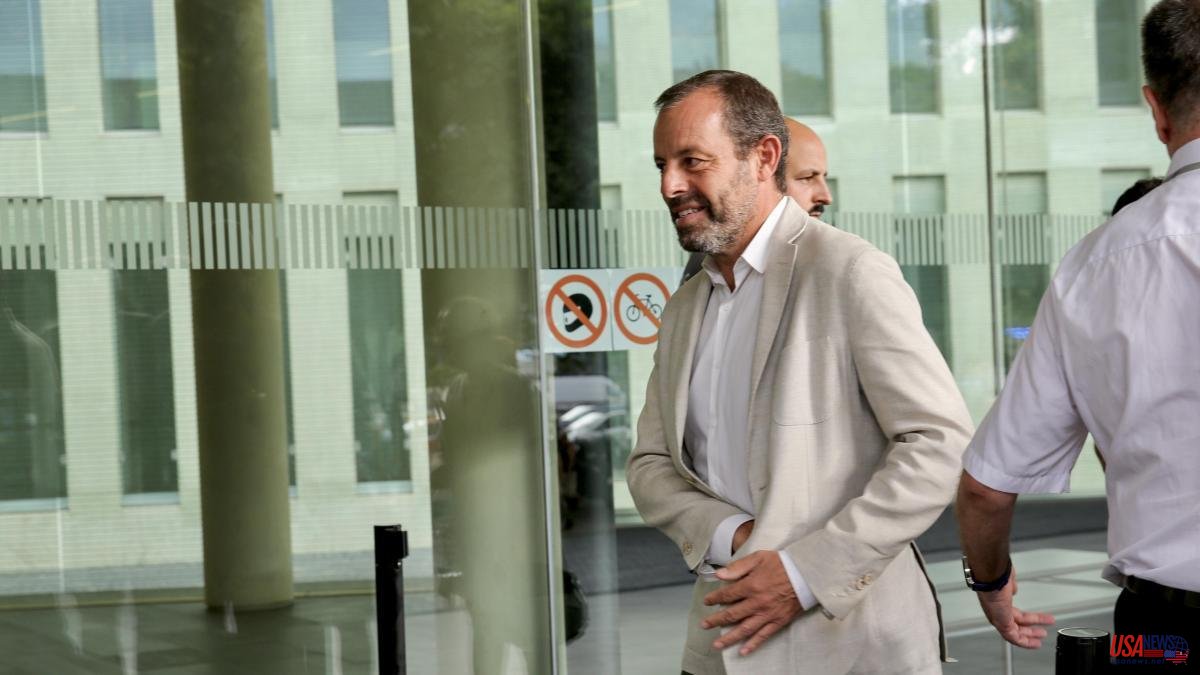 The former president of Barça Sandro Rosell has accepted his right not to testify in the trial he faces in a Barcelona court for defrauding the Treasury of 230,591 euros in 2012, using a company managed by himself to charge for his professional services.

Rosell, for whom the Prosecutor's Office is requesting a sentence of two years and nine months in prison, has declined to answer questions from the parties, including those from his defense, "on the advice of his lawyers", and has referred to the statement that lent four years ago in the investigation of the case, when he denied that he had the will to defraud the Treasury.

The public ministry accuses Rosell of a crime against the Public Treasury and asks that he be sentenced to pay a fine of 300,000 euros and that he be prohibited from obtaining subsidies or public aid, as well as tax incentives, for three years.

The Prosecutor's Office applies to the former president of Barça the extenuating remedy of damage repair, since in June 2019 he returned to the Treasury a total of 287,911 euros, corresponding to the defrauded fee plus interest.

Rosell will face another trial for the signing of Neymar next October, a case in which the Prosecutor's Office asks him for five years in prison for corruption between individuals and fraud for the irregular signing of the Brazilian footballer by FC Barcelona in 2013.

The former president of Barça spent more than two years in preventive detention by order of the National Court, accused of laundering commissions of up to 20 million euros received for the audiovisual rights of 24 matches of the Brazilian soccer team and a contract with Nike, case from which he was acquitted in 2019.

The defendant, who is considering running for mayor of Barcelona, ​​sued last week against former commissioner José Manuel Villarejo to clarify whether the cause that kept him in provisional prison for almost two years was the result of a police set-up in the framework of the so-called Operation Catalonia.