Rosatom chief warns of risk of nuclear accident in Zaporizhia

The Zaporizhia nuclear power plant, the largest in Europe, is at risk of a nuclear accident, the head of the Russian atomic energy agency, Alexei Likhachev, warned on Monday, after the latest bombardments near the facilities, which occurred at the end of week. 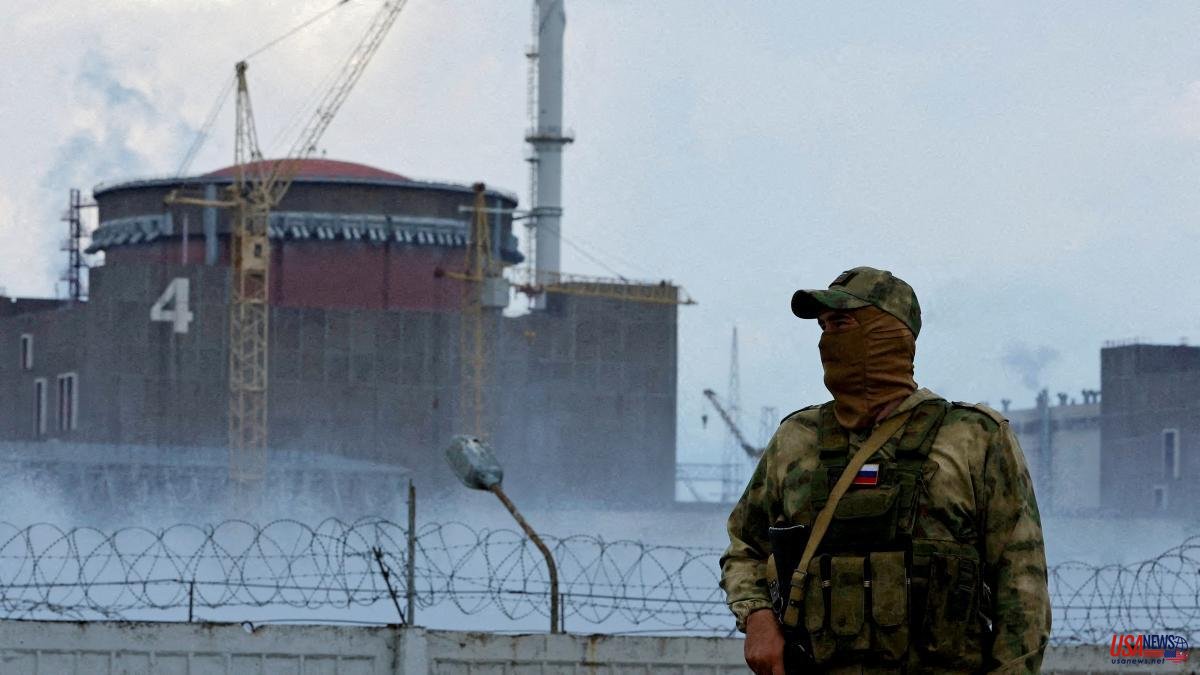 The Zaporizhia nuclear power plant, the largest in Europe, is at risk of a nuclear accident, the head of the Russian atomic energy agency, Alexei Likhachev, warned on Monday, after the latest bombardments near the facilities, which occurred at the end of week. The UN, through the International Atomic Energy Agency (IAEA), said on Sunday that it is "playing with fire."

Likhachov pointed to Ukraine as responsible for the attacks. Ukrainian President Volodimir Zelensky accuses Russia and on Monday asked NATO to guarantee the protection of Ukrainian nuclear power plants against "Russian sabotage."

"We informed the international community that the plant is putting itself at risk of a nuclear accident, and it is obvious that (the government) of Kyiv considers a small nuclear incident acceptable," the Rosatom chief told reporters, quoted by the Tass agency. , at the Atomexpo-2022 forum, held in Sochi.

According to Lijachov, the accident could become a precedent that "will forever change the course of history." Therefore, "everything possible must be done so that no one plans to violate the security of the nuclear plant."

The Zaporizhia atomic power plant is the largest in Europe. It receives this name because it is located in the Ukrainian province of the same name, although it is not in the provincial capital, but about 50 kilometers to the southwest, near the city of Enerhodar. The plant is located 500 kilometers from Chernobyl, the scene of the worst nuclear accident in history, which occurred in 1986, when Russia and Ukraine were still part of the Soviet Union.

The province of Zaporizhia is one of the four Ukrainian territories that Russia considers its own, having annexed them at the end of September, in a process rejected by Kyiv and widely condemned by the international community.

The central is located near the line of combat. With the Ukrainian counter-offensive, which has recently forced Russian troops to abandon the city of Kherson (in the neighboring province), the bombings near the nuclear plant once again provoke worldwide fear.

Moscow and Kyiv have traded accusations of shelling the facility for months since Russian forces seized control of it in March, shortly after Russian President Vladimir Putin ordered his army into Ukraine on February 24.

The president of Ukraine, Volodimir Zelenski, who accuses Russia of being responsible for the bombings, asked on Monday for international protection against Moscow's sabotage. "All our nations have an interest in ensuring that dangerous incidents do not occur at our nuclear facilities. We all need to ensure protection against Russian sabotage at nuclear facilities," he said in a video address to the NATO Parliamentary Assembly in Madrid. .

The resumption of the bombardments this Sunday once again raises fears of a possible catastrophe at the facilities.

The IAEA warned on Sunday that such attacks could cause a major disaster. According to this United Nations agency, between Saturday afternoon and Sunday more than a dozen explosions shook the nuclear facilities.

"There have been explosions at the headquarters of this major nuclear power plant, which is completely unacceptable. Whoever is behind it must stop immediately. As I have said many times before, you are playing with fire!" the statement said. IAEA Director General, Rafael Grossi.

Whoever shot at the plant was taking "enormous risks and gambling with the lives of many people," Grossi said. "We are talking about meters, not kilometers."

Citing information from the plant's management, the IAEA team on the ground said there was damage to various buildings, systems and equipment, but so far none of it is critical to the safety of the plant.

"We were lucky that a potentially serious nuclear incident did not happen. Next time, we may not be so lucky," Grossi added.

The IAEA has called for the creation of a security zone around the plant. Its establishment depends on the negotiations of the head of the IAEA, Rafael Grossi, with Russia and Ukraine. But Lijachov believes that it would only be possible if the United States approves it. "I think that the great distance between Washington and Zaporizhia should not be an argument for the United States to delay the decision on the security zone," he added.

"The leaders of many major powers should reflect again and call Ukrainian politicians to order now, who apparently in their plans are beginning to allow, among other things, the use of nuclear incidents in their interests," Likhachev said.

"We were negotiating with the International Atomic Energy Agency all night," Likhachov was quoted as saying by the Interfax news agency. Rosatom has controlled the facility through a subsidiary since Russian President Vladimir Putin ordered Russia in October to formally seize the plant and transfer the Ukrainian personnel to a Russian entity. Kyiv, which does not accept the annexation of its territories by Russia or the transfer of nuclear power, says that this amounts to robbery.