Rosatellum: How does the Italian electoral law work?

The Italian elections held on Sunday were the first to be held under the new electoral system approved in a referendum two years ago. 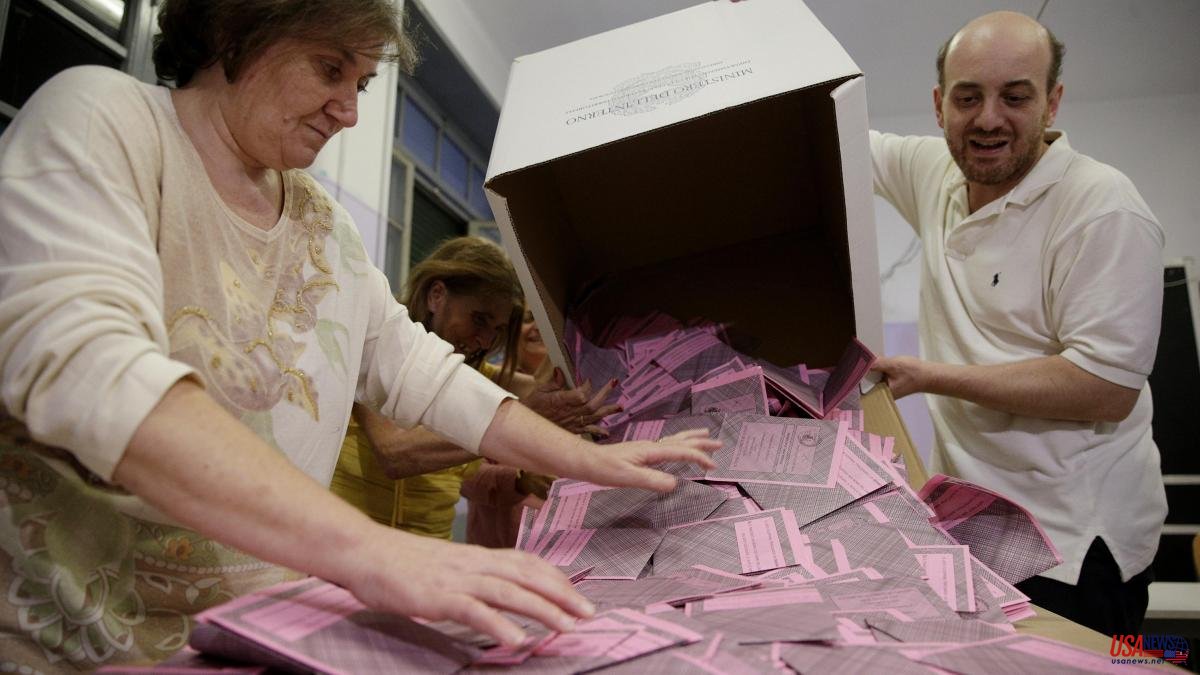 The Italian elections held on Sunday were the first to be held under the new electoral system approved in a referendum two years ago. The Rosatellum, the fifth electoral law in force in Italy in the last thirty years, is a complex system designed to favor coalitions, one of the keys by which the far-right Giorgia Meloni has achieved a historic victory.

The current Italian electoral law was designed in 2017 with the aim of protecting bipartisanship and curbing the rise of the 5 Star Movement (M5E), then an anti-caste force that threatened to blow up the pre-established system.

They are the first elections since the reform, approved in a referendum, which cuts the number of parliamentarians from 945 to 600, 400 deputies and 200 senators, with which the seats are still much more disputed.

About two-thirds of the deputies and senators are elected by a proportional system, based on the percentage of votes obtained throughout the country.

At the same time, around a third of the deputies and senators are elected by a majority system. It is the candidate with the most votes in a constituency, the single-member college, who receives the vote. For this reason, parties running in coalition are more likely to win them.

While the right has been able to park its differences and appear united, the Democratic Party (PD) appeared alone after not having reached an agreement with either the 5-Star Movement (M5E) or the centrists, so they started with a disadvantage . The right-wing coalition of Brothers of Italy, the League and Forza Italia agreed on the candidates in these single-member constituencies, and they were more likely to win this third of the seats.