Rosalía, the revolution of Spanish music

The singer who has revolutionized the world with El mal querer and her latest album, Motomami, has been one of the protagonists of the 2022 Latin Grammys, held on the night of this past Thursday. 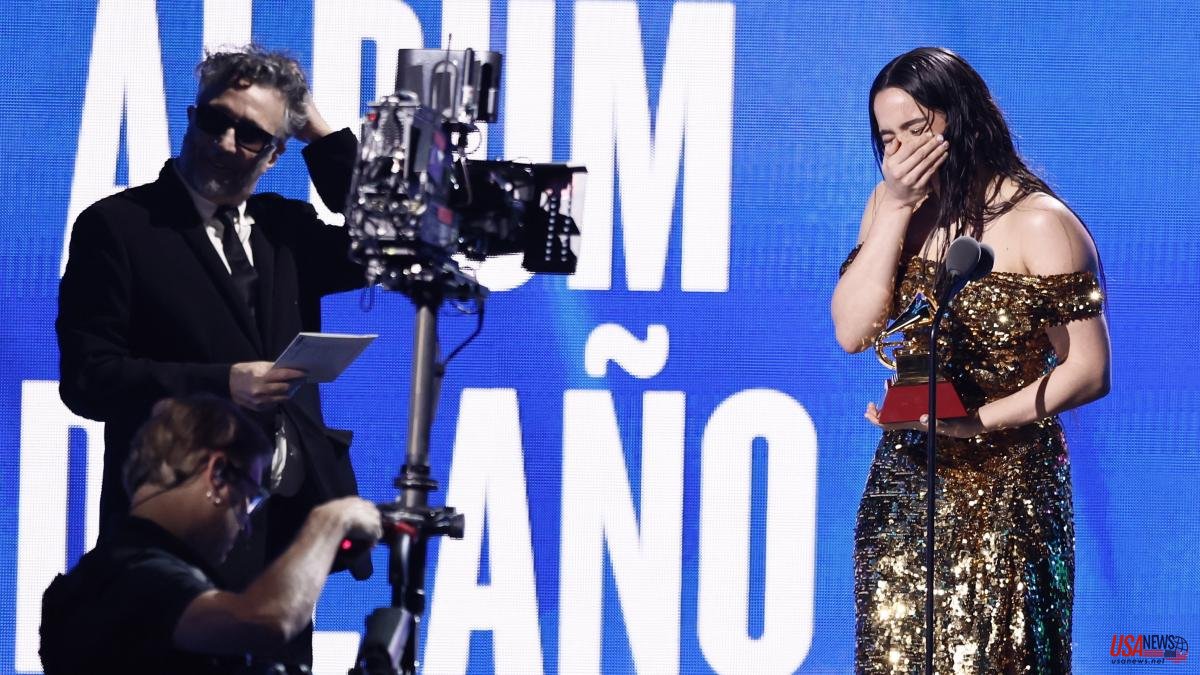 The singer who has revolutionized the world with El mal querer and her latest album, Motomami, has been one of the protagonists of the 2022 Latin Grammys, held on the night of this past Thursday. With a total of nine categories, Rosalía has become the woman with the most nominations in the history of this contest.

Rosalía arrived and won. The Catalan managed to win no less than four awards: Album of the Year, Best Alternative Music Album, Best Recording and Best Production for her Motomami, which has already been proclaimed this year's essential album.

Rosalía Vila Tobella (1992) is one of the most recognizable faces in the current music industry. Since her studies in Spanish folk music at the Escuela Superior de Música de Catalunya (ESMUC), the singer has been building her reputation thanks to her virtuoso voice and with the production of three albums that have presented different facets of the artist, who has demonstrated throughout his career that he is not afraid of risk or experimentation.

Her first album, Los ángeles (2017), was the one that gave the Catalan a reputation within the independent scene in Barcelona. Thanks to the collaboration of the Spanish producer and musician Raül Refree, Rosalía demonstrated her talent for flamenco music and focused on a theme that was especially in keeping with the genre: death.

However, the rise to fame was not until her single Badly, which the artist included in her second studio album El mal querer, considered one of the best concept albums in history. This work was the result of her final degree work at ESMUC, which gave her an honors degree and the definitive boost to world fame.

Once within official circles, Rosalía took the opportunity to finish making herself visible thanks to collaborations with highly influential artists such as C. Tangana, Bad Bunny, The Weekend, J Balvin, Tokishca or Billie Eilish. Some of the most outstanding songs among her collaborations are With height or Linda.

Even though she is a reference in Latino circles and drinks a lot from flamenco culture, Rosalía does not forget her origins. In this way, in the summer of 2019 she released two singles: God free us from money and Milionària, the first of her career in Catalan. This song was exceptionally included in the repertoire of the Motomami World Tour concerts in Barcelona, ​​which were held on July 23 and 24.

The definitive consolidation of the singer has not been until the publication of her new album Motomami, a series of 16 songs that, according to the Catalan, are the ones that most define her as an artist. The album was produced over a slow fire, over a period of three years, which includes the period of the pandemic.

Motomami's success is indisputable and has led the Catalan to tour the world with her Motomami World Tour, still in progress. With only three albums, the artist has proven to be a versatile musician without fear of risk or experimentation. With one of the best voices in the industry, personal and personalized lyrics, and a distinctive yet versatile style; Rosalía is a phenomenon of Spanish music that will still offer us many surprises.