Rosa Romà: "I was surprised how asleep the Corporation was"

The president of the CCMA, Rosa Romà (Mollerusa, 1980) is determined to bring the transatlantic Catalan public media into the new times. 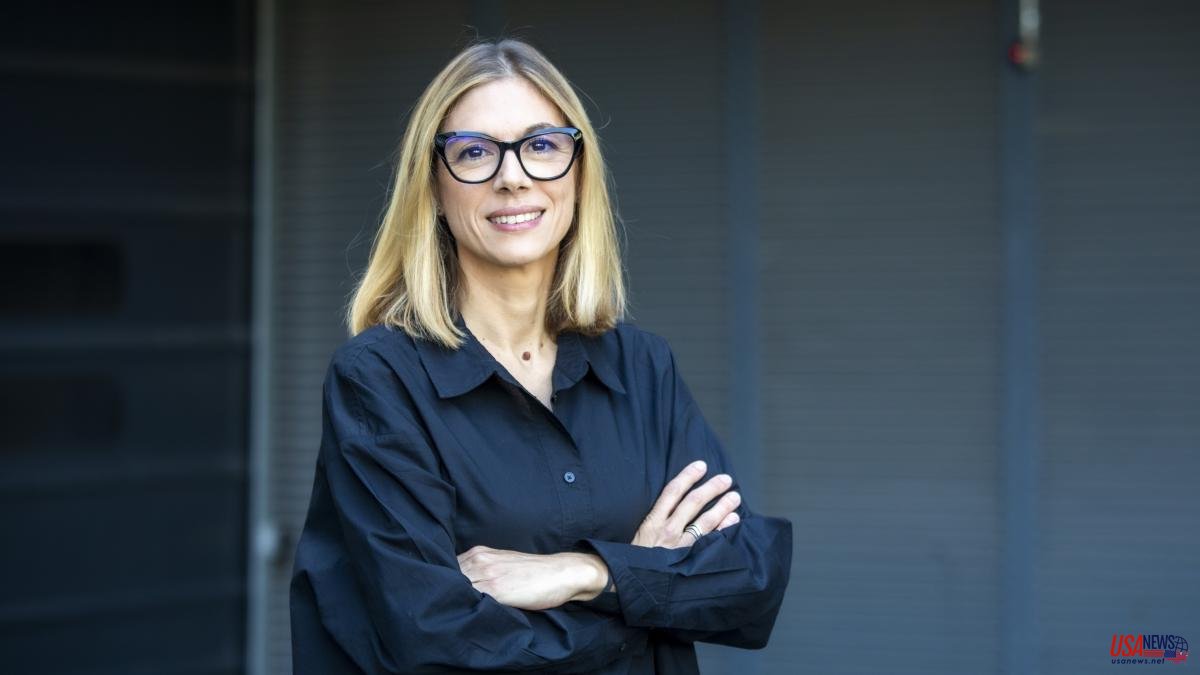 The president of the CCMA, Rosa Romà (Mollerusa, 1980) is determined to bring the transatlantic Catalan public media into the new times. The mission of this advertising company, specialized in strategic management, digital transformation, marketing and creativity, is to "refound" them, and for this it must fight against their "underfunding" and adapt them to new habits, where the internet is gaining more and more ground over linear programming .

How do you want to refound TV3, returning it to its principles or adapting it to the times?

Both ways. It is essential to have public media that respond to the mission of public service, but also to do so in a very different way. Next year, the Catalan public media will celebrate 40 years as a benchmark in many areas, but it is necessary to adapt to current modes of consumption because citizens have changed a lot. Hence the refund.

It is said that TV3 sees it above all older people...

Our goal is to reach very diverse people with differentiated content. It is true that we have subjects that connect very well with certain profiles of the population, but we pursue content taking into account the tastes and interests of all citizens.

Is it difficult to move this ocean liner? Is slow?

We are moving at the right pace. This company works with public resources, so the steps taken must be safe and accurate. And we have a great capacity for innovation, as we have seen in proposals such as the launch of the new Super3. There are daring bets and teams focused on giving a new value.

What has surprised you for better or for worse since you arrived?

For good, the high commitment of professionals. From the outside, this commitment has sometimes been unfairly worn down, but there is a lot of talent and a lot of work is being done to guarantee rigorous and quality information. On the downside, I was surprised at how sleepy the organization was after years of budget cuts. It was waiting for a necessary transformation and the professionals needed to recover a shared direction.

I have seen him complain in Parliament about the lack of funding with which he has to work.

The budget has been reduced for years due to the decline in advertising revenue and cuts due to the economic crisis. Thus, we have a 30% smaller budget than 10 years ago and adapting to new forms of audiovisual consumption and maintaining territorial and international coverage has a cost.

Is the solution a new program contract? The current one is expired since 2010.

We believe in the need to have a program contract but also to have very clear projects that allow efforts to be quantified. For example, the children's audience is strategic and we cannot abandon it due to lack of budget. In recent years, this public has not been given the importance it deserves and it is necessary to give it back. It is absolutely essential.

It is difficult to compare media that provide different services. At CCMA, we often do content like Quanta Guerra! o El outsider, or news coverage from the territory or from anywhere in the world, which only makes sense in a public medium. We also have a profile of professionals that responds to what was needed 40 years ago, with some adaptations, and we must achieve a more flexible and agile company, where professionals can incorporate functions to respond to changes in audiovisual consumption.

There are those who do not understand that so many external production companies have to be hired.

The model has to be hybrid. The budget cut has affected outsourcing, but we believe that we have to increase it because these are resources that we invest in fiction, in cultural content, scientific dissemination... In addition, we have to bet more on co-productions because the level of demand from citizens It is getting bigger and if we want to be competitive, have series and be a benchmark, we also have to count on other agents.

Does the fact that the Government is in crisis affect the CCMA?

We need a solid project that does not depend only on whether today or tomorrow we have a Government that gives us more or less support, but rather one that is shared by the country. This is a country project, and we have to share it with as many people in Parliament and the audiovisual ecosystem as possible.

But I could get more resources with a strong government...

Logically, the situation of the Government has us on alert, but every day we work offering content and, therefore, we will continue, whatever the government situation may be, negotiating, explaining and sharing our roadmap to build as many alliances as possible.

Is there too much influence of the matches on TV3?

According to the CAC, the CCMA is the most plural and rigorous medium, therefore we are very calm with the work that professionals do, although it is true that society is changing and we are also adapting to new interests and opinions , also reflecting other profiles of citizens. We have seen it in Eufòria, which is not a political product but where its contestants are a reflection of how citizenship has changed in 40 years.

Is it trying to reduce the political burden of programming? What can be noticed?

We try to recover bets on fiction and entertainment in which very little had been bet in recent years due to economic precariousness, although the news is a core pillar of the CCMA and must continue to be. But we have a very diverse citizenry that, in addition to being very well informed, has other interests and we have to give them other content.

What do you think when you see posters in the pro-independence demonstrations pointing out that TV3 "is no longer ours"?

There are times when citizens are more or less reflected in the media, public or private, but our role is to give maximum confidence to professionals so that they work in optimal conditions.