Rosa Cañadas: "The member of the Cercle wants to be heard"

Economist and businesswoman, Rosa Cañadas has shaken the waters of the Cercle d'Economia by running for president outside the traditional path. 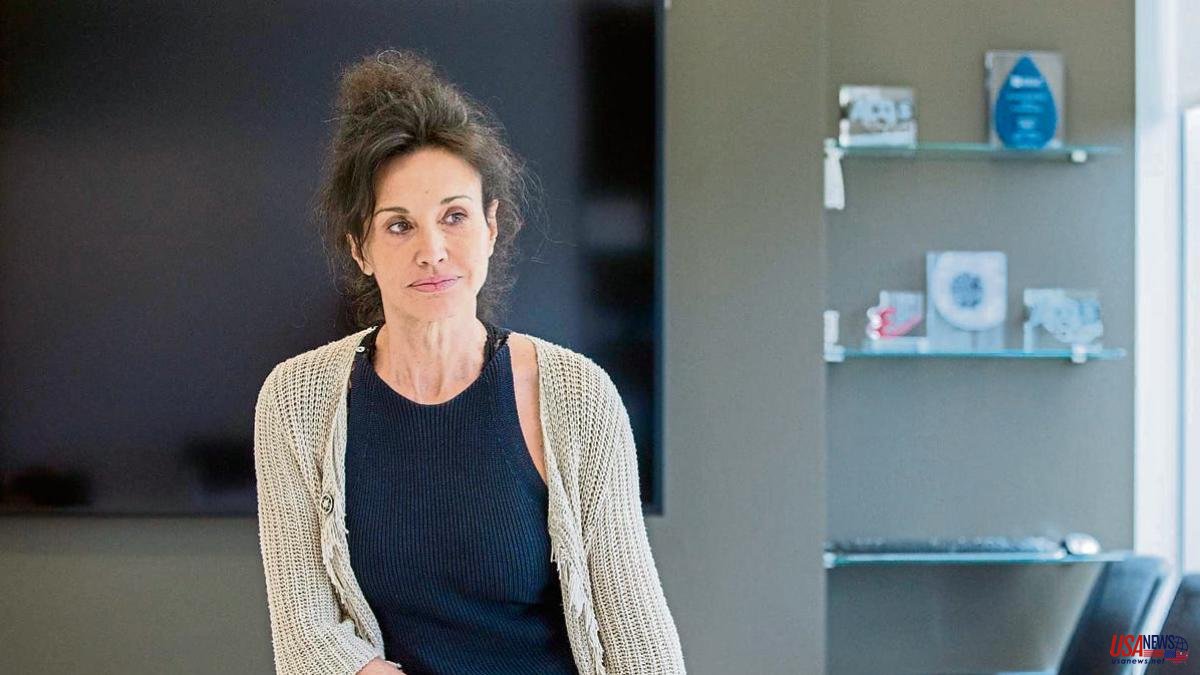 Economist and businesswoman, Rosa Cañadas has shaken the waters of the Cercle d'Economia by running for president outside the traditional path. She believes that the Cercle has lost part of its essence without having managed to adapt to the changes that society demands. She does not hide her criticism of the outgoing board and claims to recover the Sitges format of the annual meeting, which she assures the members continue to request, with Barcelona organized as a single day, with more media force.

Is the fact that for the first time there are elections in the Cercle a sign of crisis or of vitality?

I don't think we can speak of a crisis. We live in a world of changes and the Cercle could not be left behind, it represents an evolution that perhaps had not occurred. I find it exhilarating. And it should be appreciated that the former presidents have intuited it and have opened themselves to elections instead of anointing someone. The interest of the member in participating is very high and the desire he had to be heard, too. Never had the headquarters room been filled like it is now with the acts that the candidates have called.

Is the Cercle experiencing a decline, a reflection of that of the Catalan economy and civil society?

You have to look forward, let go of complexes, work on strengths, be positive. We don't have to constantly compare ourselves. Or lament “oh, how bad we are going!!! Think ahead.

And what can the Cercle do?

The Catalan bourgeoisie has changed a lot in recent years, for better and for worse. The family business has become more professional, but in some the generational change is still complicated. Many bourgeois are reluctant to let the new generations in... Optimism and motivation are needed, we are a bit depressed. It happens throughout society, there are many changes and we are all a bit lost. The Cercle has to be one of the guides to find solutions and answers.

What to do after the transfer of venues in October 2017?

It has been demotivating and the truth is that it will be very difficult to get them back. I am not criticizing the companies, because on the boards of directors there was also foreign capital that did not want to know anything about what was happening here. Now, what it touches is to be attractive so that those who want can return, offer opportunities, favorable conditions, trust. On the other hand, many of them continue to be here despite the change of headquarters and maintain the decision centers. We must ask the Government to help, be more critical, propose.

Your balance of the process?

It has had negative consequences, the reality cannot be denied. On many levels; in coexistence, we have not been respectful with each other. There has been intolerance and little open debate. In the economy, the consequences have been more of image or marketing than real. The lack of communication between the two sides has been more disastrous than the procés itself. It is an unresolved issue and the Cercle must persevere in its role as a bridge, in Barcelona, ​​in Madrid and also in Brussels.

Can you summarize your program?

First of all, Europe, it is essential. Most of the decisions that affect us are made there. We must talk about its future, seek solutions for a current situation in which, faced with the energy crisis, each country acts on its own. More attention must also be paid to demography and immigration, which have repercussions on employment, pensions or education and on social behaviour; They are the pillars of the welfare state. And Barcelona must bet on being the capital of the Mediterranean. We have the headquarters of the Union for the Mediterranean and we do not know how to take advantage of it considering how important it is. You also have to reconnect with your partner: the most recent has a hard time finding their place; the oldest are disincentivized and are tempted to unsubscribe. With the young people we have made a ghetto instead of integrating them. Partners linked to SMEs are not reflected in the annual sessions.

Are you the candidate who has skipped the established channels in these elections?

I have been in the kitchen of the Cercle for many years, I have been in three meetings and I have organized conferences outside of Spain. If I present myself, it is because I perceive that the Cercle is not working as it should. I lack the usual way of doing things, the relationship with the member, the essences, the involvement of the board, of its members, with the life of the Cercle, with the staff. The institution must be above everything, historical presidents have always put the institution first. Now it has lost cohesion. It has become more presidential. The conferences have been transformed. They are no longer the days of the Cercle, they are something else. Before they were conceived as the days of the partner...

Certainly, the Cercle needs projection and public and media visibility once a year. But that is not enough. My candidacy is in favor of combining two objectives. On the one hand, holding an event in Barcelona, ​​with greater media impact, but shorter, probably one day. And on the other hand, to recover the old format of Sitges, the classic meetings, not conceived as platforms for inconsequential political speeches and to generate more interaction between speakers and partners. With more thought. The partners want to recover the atmosphere of Sitges

What will be the profile of your board?

People with proven experience in the lines of work we want to develop. With a visible transversality that covers all the aspects to be treated. In the case of young people, Gerard García, CEO of Deale, a digital platform for financing SMEs, participates in the candidacy; Pep Gómez, founder of the start-ups Fever, a technological unicorn, and Ruby; and Marina López, corporate director of Hotusa.