Romeo Santos: "Rosalia knows exactly what she wants and what she shouldn't do" 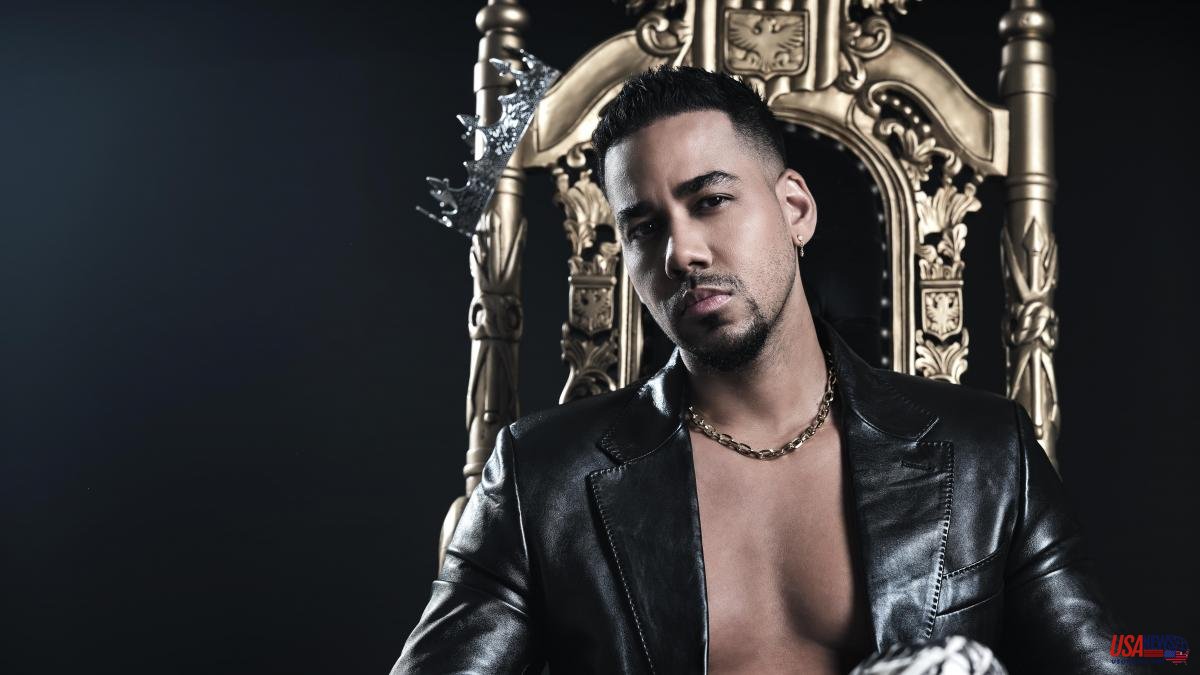 The king of bachata, Romeo Santos (New York, 1981), returns with a new album, Formula Vol. 3. No less than 21 songs that include duets with Rosalía -El bandana- and Justin Timberlake -Sin fin- and even the voices of his three children. Two dozen songs in which bachata and the lyrics of desire, heartbreak and of course overcoming them, of their redemption through another body, prevail. Born as Anthony Santos and leader of the group Aventura before going solo a decade ago, Romeo is in Madrid promoting his new album -which includes songs such as his tracks and Bebo- and has just obtained two nominations for the Latin Grammys.

An almost entirely bachata album. Do you feel responsibility for being the king of the genre?

I would say yes, and I don't like to think about it because then you worry. Still, although almost everything is bachata on the new album, there are two or three songs that are not.

He has said that bachata needs him and that he puts on the cape of Superman for his culture. What does it mean?

That comment was taken a bit out of context. When I say that bachata needs me, I mean that I have to continue feeding my genre, my fans, that I would say not that I abandoned them, but that it took me a long time to release musical content. And you feel that emptiness for my fans, who are constantly writing to me: 'Romeo, Romeo, we need music. But in addition to being the leader of a genre, of being considered a boss of this culture, for me it is important to do bachata because I also need it.

What is it about bachata that you have so many fans?

I think it's a very danceable genre, above all things, and it conveys joy, happiness, but also nostalgia, bitterness, as we say in my country. When you can enjoy musical content that transmits different emotions, you win. If you are sad, you listen to bachata, if you want to dance, you dance bachata, if you want to maybe get bitter because you have a love depression you can also listen to bachata.

What do the pilgrims ask of him?

A lot of music and at this moment what they ask me the most is tours.

He talks about 'bitterness', and on this album there are many themes of heartbreak, of overcoming heartbreak through another body. Where do the songs you compose come from?

Some of lived experiences, others of friendships that are going through crazy things that I turn into songs, and sometimes things that one believes, that are fictitious, for example the theme Suegra. The perception of many people is that I had problems with my mother-in-law or a former mother-in-law and for nothing. I think you have to keep that jocularity. And composing songs that make people hesitate, that say wow, is what I feel, or what some of my friends feel, or my cousin. Create things that don't sound forced. And heartbreak is something that everyone shares.

How have the collaborations on this album worked, at what point do you think I want to work with Rosalía or with Justin Timberlake?

Formula Vol. 3 is born in a very organic way. I was recording many songs, but I didn't know that this was going to be the name of the production. Someone in the recording studio told me that they gave a vibe to what Formula Vol. 1 and 2 were. of Usher, of Drake, to give continuity to that concept. There arises the possibility of Justin Timberlake, an artist that I admire a lot, that I have spent years with that in mind. Also Rosalía, who has always expressed admiration for her art. Here are a number of proposals that give validity to this concept of Formula Vol. 3.

How has your collaboration with Rosalía been?

I learned about Rosalía's music four or five years ago and I fell in love. She seems extremely talented to me. I describe her as a unicorn. She knows exactly what she wants, what she shouldn't do, she has an impeccable drive, aside from her talent. Three or four years later this collaboration was born. The intro of El bandana is by a famous singer-songwriter called El Zafiro, Carlos Manuel, who used to sing that essence of flamenco. And I always had that in mind and that the day he collaborated with Rosalía I wanted him to have something of flamenco. And so it was born.

What is in 'The handkerchief' of each one?

It was born with that intro, we were in the Dominican Republic and we developed the song together. I respect a lot that she is also a songwriter and producer. And we first began to develop the song and when we both felt very satisfied... and beware, Rosalía is such a meticulous girl who had never met a person like me, that with this music I am somewhat maniacal, that I change this verse and a month later I come back and say: no, let's do this other thing. She is just like me, we have that familiarity. In the video as well, I let her control the visuals quite a bit because I'm a huge fan of her videos and she's done an excellent job. And I think people have really appreciated that there's an honesty that you feel in the song, that it has the essence of both of them. Fans are excited about this proposal.

He has just received Latin Grammy nominations again. Do you feel that it has rained a lot since Los Tinellers de la Bachata?

It has rained enough. She has thundered and everything. Many changes, not only in my career, but in our genre. There are countless artists who have dabbled in bachata and that is a sign that our culture, our musical genre, is beautiful. People respect the legacy not only of mine but of the Aventura group and I feel honored, flattered when I hear people say that in one way or another Aventura or this server was an inspiration to them.

Was Juan Luis Guerra an inspiration for you?

Sure, I feel that Juan Luis in one way or another has inspired different cultures, nationalities and singers. Between Juan Luis Guerra and Anthony Santos I think I had the perfect combination.

Has the pandemic conditioned this new album?

It was the reason he was born. Normally when I am going to produce an album I don't have a defined name. Let me record and let whatever comes out come out. But in this one, as I had time because we were all stagnant, locked up in our homes, the idea that it could be Formula Vol.3 was born. A few errands and the rest was history.

What relationship do you, who was already born in the Bronx, have with the Dominican Republic?

My father is born and raised in Moca, a province of the Dominican Republic. And being a bachatero singer gives me that title that I am a representative of his culture, which is a very strong bond with my country. I am one of those who say that I chose to be more Dominican than necessary, I could say that I was an American salsa singer, and it fills me with great pride to say that I am Dominican.

I'll tell you where I'd like. One has to bring it into existence. I understand that I am seeing something very interesting now with urban artists dabbling in our genre. It's a good sign, it gives it even more relevance. For me, the perception is not that I only have to do bachata, a single exponent is not going to be able to carry a new generation. But I would like that if in 10 years he interviews me we can talk about different exponents who are contributing their grain of sand and with a musical proposal very different from mine, that is the main thing, original bets, that do not sound like anyone.

You sang for Obama at the time. We are nearing the mid-term elections. How do you see politics in the US?

I try to remain a bit neutral and not give an opinion on religion or politics or things of the like. I can tell you that I want the one who will do the best job for our citizens and my people, the Latino community, to win. And that there is no corruption. For me that is paramount, that everything is transparent.