Romeo assures that I have

Barça's economic vice president, Eduard Romeu, has reviewed the financial news of the Barça club in an extensive interview in Mundo Deportivo, where, in addition, he regrets the statements of the president of La Liga, Javier Tebas, about the possible signing of Robert Lewandowski for the Catalan team. 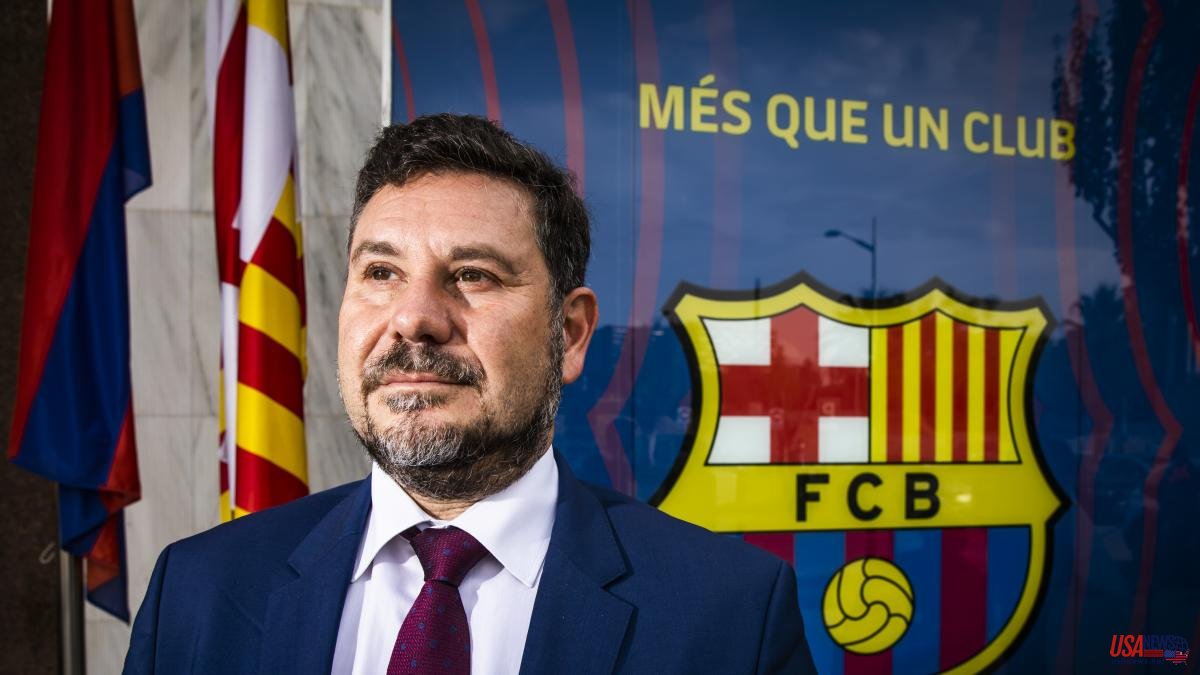 Barça's economic vice president, Eduard Romeu, has reviewed the financial news of the Barça club in an extensive interview in Mundo Deportivo, where, in addition, he regrets the statements of the president of La Liga, Javier Tebas, about the possible signing of Robert Lewandowski for the Catalan team.

"We were meeting in the board of directors when these statements were released. We found out from the reaction of the player's representatives who, logically alarmed, contacted us and we had no other option but to react," he explained about the situation created after Tebas' words, assuring that "Barça, today, cannot sign" the Polish striker due to the high wage bill and his large debt. The Barça president, Joan Laporta, replied with some statements where he asked Tebas to "refrain from making comments about the possible signings", since "it harms the interests of FC Barcelona".

"There was concern (...) We understand that it is an interference and that the League in the end we understand that it is there to defend the interests of the different clubs and also of Barça. We do not ask for a favored treatment, nothing different from anyone, we simply ask for equality of conditions", complained Romeu, who also disagrees on the position of the management with CVC, "a bad operation for the club, as has been proven by comparison with other operations", which the Barcelona entity finally rejected.

"We are the main shareholder of that employer's association and this gentleman is an employee of that employer's organization. It is enough to exceed the limits of functions. But I have only referred to him in economic terms. I am not going to go into hand-to-hand combat (... .) There are people who are comfortable with the conflict and I'm not," he criticized Tebas.

On the alternatives to CVC, the famous 'levers' that are still waiting for the approval of the Assembly of Delegates (June 16), Romeu clarified some points. "We always have limited terms and a repurchase option, more or less favorable depending on the negotiating power we have," he explained about the sale of 49% of BLM and the transfer of up to 25% of audiovisual rights.

On the other hand, he stressed that "there is no color" between the proposals they are receiving and those that the Manager left available to the board before Joan Laporta's board took the reins of the club in March 2021. "If we compare them with the famous folder that we obtained from the Manager, which also came from some of the previous directors, there the proposal was to sell 49% of Barça Corporate, which brought everything together. The offers were 100 million euros," he said.

Romeu also referred to the salary reduction that they want to propose to the captains and valued the words of the captain, Sergio Busquets, who regretted having found out about this initiative from the board in the press. "I'm not talking about the particular case of one player or another, I'm talking about the whole (...) Logically, talking about touching someone's pocket is very delicate. It is a situation that must be dealt with tactfully, with a lot of negotiation and with sense common", he explained, in addition to highlighting the "admiration and affection" towards Busquets.