Rodrygo Goes, born for the Champions

On June 7, 2018, Real Madrid signed Rodrygo Goes, a promising 17-year-old striker who had only been playing for six months in the Brazilian Santos first team. 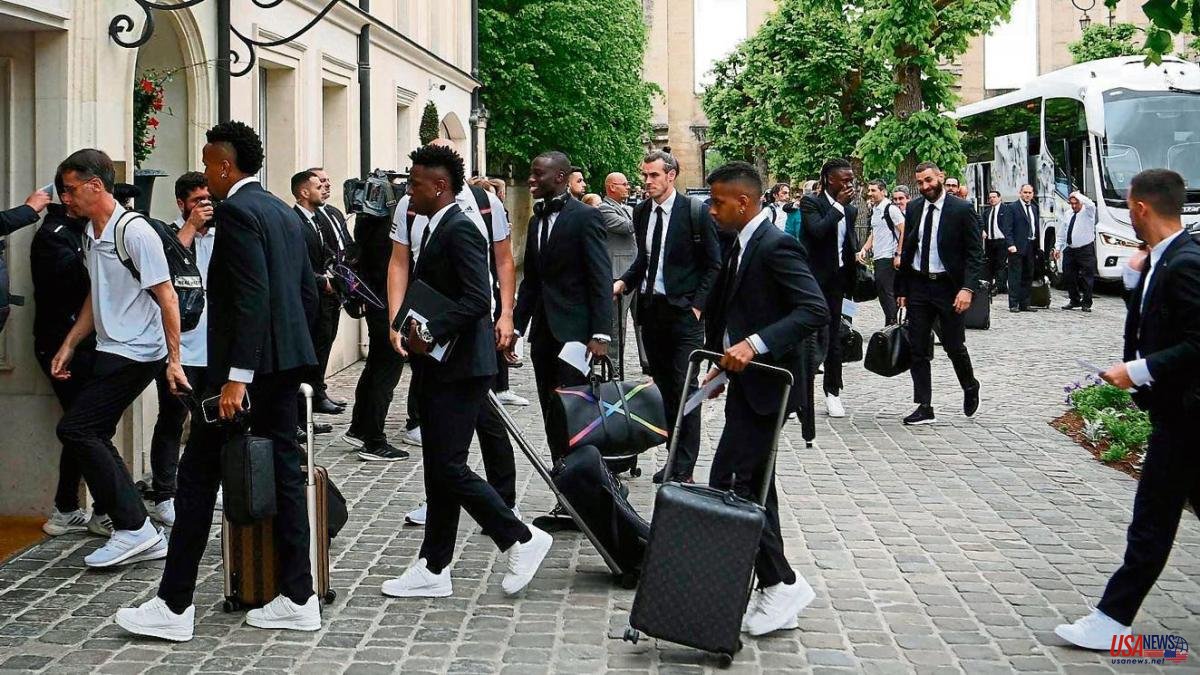 On June 7, 2018, Real Madrid signed Rodrygo Goes, a promising 17-year-old striker who had only been playing for six months in the Brazilian Santos first team. Florentino Pérez paid the astronomical figure of 45 million euros for what was then simply a promise. The player appeared at the Santiago Bernabeu a year later, on June 19, 2019. On January 9, he had turned 18.

With Rodrygo, the story of Vinícíus Junior was almost repeated, for whom Madrid had paid 50 million to Flamengo in May 2017, only that the latter was signed at 16 years old and made his debut at Castilla when he was 18. The two are signings at the request of Juni Calafat, Real Madrid's head of player recruitment, an expert in the Brazilian market and a true trusted man of Florentino Pérez.

With the signings of Vinícius and Rodrygo, Juni Calafat did nothing more than try to fulfill a slogan from the president: bring a Neymar at any cost.

For years the signing of Neymar for Barcelona was a thorn in the heart of Florentino Pérez. For someone who has carved out his history through flashy and therefore conservative signings (Figo, Zidane, Ronaldo, Beckham, Cristiano, Bale, Hazard...) spending almost one hundred million euros on two Brazilian teenagers (and more at a time economy of lean cows) was to enter a path as unknown as it was dangerous. But he made the bet.

Vinícius' early days were not easy at all. Lopetegui did not want him on the team and only Solari gave him opportunities when a win in a classic ended the dismissal of the Basque. With the arrival of Zidane, the carioca did not have it any easier. Zidane asked to be loaned out two seasons ago and the club refused.

With Rodrygo the story has been different. Like Vinícius, his time with Castilla was fleeting, but in this case Zidane saw something in Rodrygo that he did not see in Vinícius: he had a goal. While Vinícius was confused every time he burst into the area, Rodrygo appeared by surprise and defined with a great ball hit.

While Vinícius was looked upon with suspicion by the veterans in the locker room (Benzema asked that the ball not be passed to him), Rodrygo soon won over heavyweights like Modric and especially Kroos. The arrival of Ancelotti this summer caused a general stir. At first neither Vinícius nor Rodrygo were included in the starting plans (the wingers were for Hazard and Bale) but before the month of competition Vinícius had become the revelation of the championship and Rodrygo shared ownership with Asensio.

With Christmas coming and given that Madrid thought they had tied to Mbappé, Rodrygo's future went through a loan in the summer. With just turned 21, he was seen with the potential to come more educated in a few years. Everything has changed from two months to this part. With the help of goals in the Champions League, Rodrygo has earned ownership and has put Real Madrid in his pocket.

Of religious beliefs, Rodrygo admits that after the games he can't sleep a wink. Addicted to an Argentine steakhouse that he goes to with his family (and with the pastor of his evangelical church) after the games on City day, he left the restaurant after three in the morning. He arrived at his chalet in La Morajela and at four he began to tweet with his followers. “How am I going to sleep after a night like this?” he wrote.