Rodalies free, at what price?

The Spanish Government announced at the end of July that it will be possible to travel for free for four months on Renfe Rodalies and medium-distance trains. 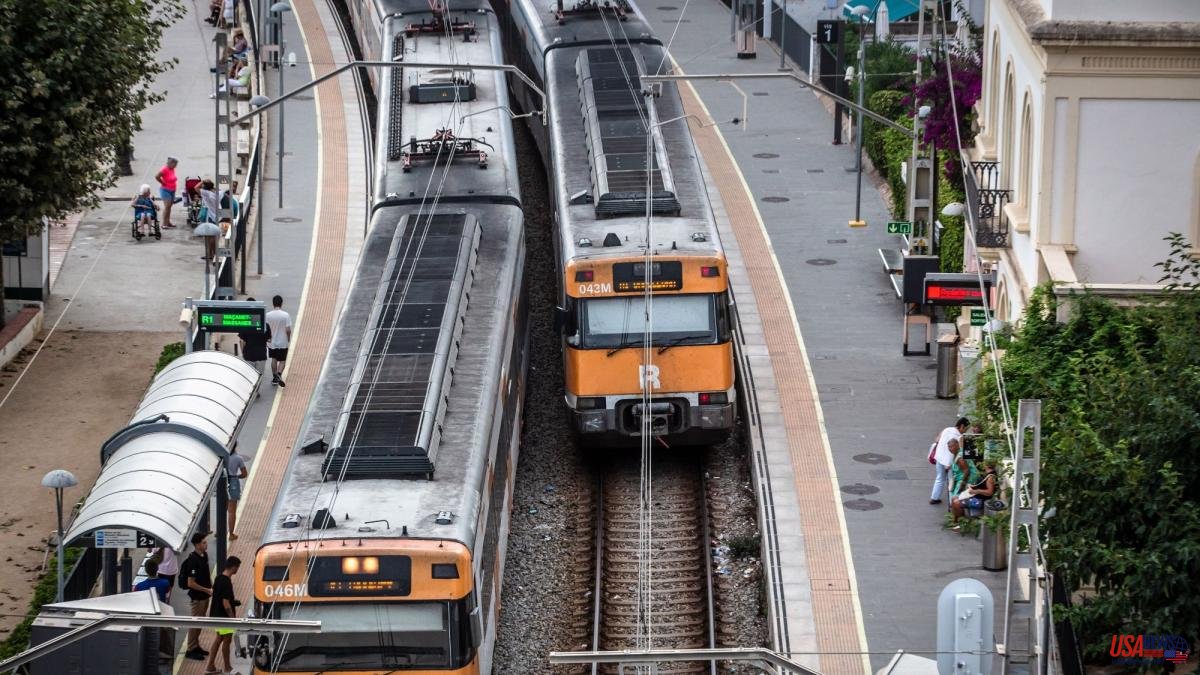 The Spanish Government announced at the end of July that it will be possible to travel for free for four months on Renfe Rodalies and medium-distance trains. A measure that was supposed to alleviate the serious economic and social crisis that all the indicators point to that we are entering.

For a long time, too long, the Rodalies de Catalunya service, managed from Madrid, has not functioned like a public service in an economically developed country. Many stations have become obsolete. They are old and in many cases do not have access enabled. The lifts to access the platform end up broken and there is no effective repair service. The trains are old and in many cases, due to the large number of passengers that pass through them throughout the day, they are very dirty.

We want and need a Rodalies service that is at the level of the country we deserve, the taxes we pay and the necessary competitiveness of our business fabric. With more frequencies, because the Rodalies service is used, above all, for people to commute to work. Delays cannot be allowed to occur day in and day out, with the consequent loss of productivity and personal time.

On the first day when the free measure was implemented, there were crowds and delays. It is the day when thousands of people return to work after the holidays. What will happen now when schools, colleges and universities start? Will there be enough trains to absorb the increase in passengers? For now, it seems not. On the second day of applying the bonus, 90 journeys were delayed and 22 were cancelled. Thousands of passengers were affected by these incidents.

Catalonia is a country that receives many millions of visitors every year. During the time of the pandemic, tourists decreased, but currently the number is already approaching the data of 2019, in which we received 19 million international visitors. How do you plan to solve this increase? There are lines, such as the Maresme, which are completely obsolete. It is a line - the Mataró-Barcelona line, which was the first to open in Spain in 1848 - that is saturated.

If we compare the services and benefits of the stations in the two capitals, Barcelona loses again. You only need to see the deplorable state of Plaça Catalunya, in the nerve center of the country's capital, to verify that the investments are nil. Atocha wins again.

Access to the new T1 del Prat terminal was tendered in 2009 and stopped in 2010. The works did not resume until 2018 and the forecast for their completion extends to 2024-25. Barajas airport plays in another league. It was tendered in 2009 and put into service in 2011. If everything goes as it should, and the work meets its deadlines, the terminal for Barcelona airport will be completed fourteen years later.

More data that demonstrate the underinvestment that Catalonia is suffering: from 1990 to 2019, 607 million euros have been allocated to Cádiz for three million passengers each year. 619 million euros have been invested in Barcelona for 110 million passengers a year. In 15 years, the Spanish State has executed less than 24% of the investments of Adif and Renfe in Catalonia and the difference in investment in Rodalies/Cercanías that the State allocates to Madrid in relation to that allocated to Catalonia is 153% against 24%. The investment for Catalan is 250 euros while the investment for Madrid is 907 euros.

What will the Spanish Government do from January 1? Extend the measure? And if you remove it? Users cannot depend on the measures that are decided by decree at 600 km. And all this happens when more numbers come out of the oven. This week we learned through the Department of Economy that every year, the citizens of Catalonia generate more than 20,000 million euros that go to Madrid and do not return.

When they manage us from Madrid, they make us small. What happens, however, when the management of the infrastructure is the responsibility of the Catalan Government? A good example is the Generalitat de Catalunya Railways (FGC), managed by the Generalitat de Catalunya itself. A quality service that responds to an operation model and a model of information and customer treatment that is completely different from Renfe Spain's model. It's not just what I think, it's what the data says: FGC has 100% of stations adapted for people with reduced mobility and FGC has 99.6% punctuality.

Catalonia needs investments, not charity in the form of free tickets until the end of the year. Catalonia needs to be able to manage the more than 52,000 million euros in taxes we pay. The citizens of Catalonia deserve much more. They deserve independence.