Robert Lewandowski, a goleador of time for the Barça

Robert Lewandowski is the great signing of FC Barcelona for the 2022-2023 season. 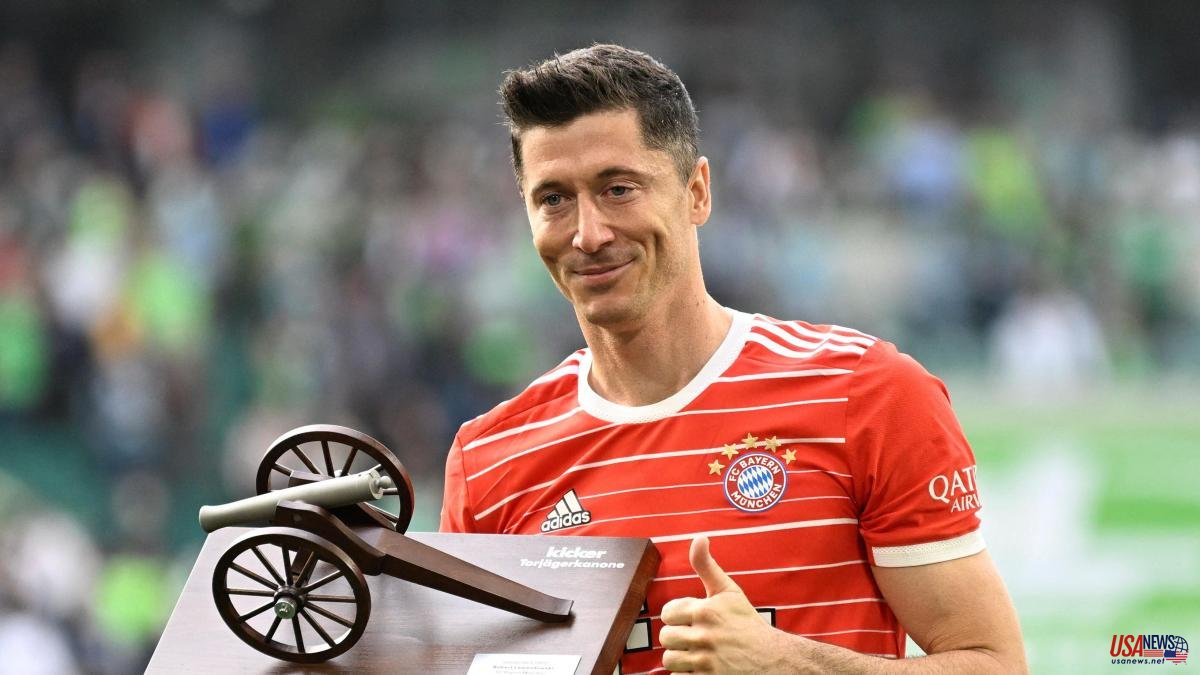 Robert Lewandowski is the great signing of FC Barcelona for the 2022-2023 season. One of the nine of reference of the last decade and that he arrives at the Camp Nou to make a leap in quality in Xavi's team. Here is my tactical analysis of everything it can contribute:

The nines move by percentages because they are the ones that value the game of a team. Good strikers convert a good percentage of the chances they generate into goals. Top strikers convert a remarkable percentage into goals and vintage strikers are almost infallible. Robert Lewandowski is part of this last group of privileged ones. He has flair, speed, quality and ability to score goals as only the privileged have. He has 11 consecutive seasons scoring more than 20 goals between the Bundesliga and the Champions League. Of these 11, in 7 he has finished with more than 30. And in the last three, he has accumulated more than 45 goals between the two competitions. We are, without a doubt, facing one of the 3 best nine of the last 20 years in football.

His great scoring power can cover all the other characteristics that the forward has, which are many and of great quality. Lewandowski is a player who reads his environment very well, whatever the context. He knows how to get out of the zone to be part of the game every time the team enters zone three of the field: the finishing zone. He plays easy, with dynamism and always with meaning. That allows him to be part of the final collective game and get rid of his possible markers. But he develops all this without moving too far from the area. Or what is the same, he never loses sight of the auction.

One of Lewandowski's main qualities is his ability to go in support and combine successfully whenever the play requires it. He has timing and, most importantly, good control of a quick pass with pressure behind. He allows the team to progress by identifying himself as a wide receiver to leave one of the midfielders or wingers in the face. That which in the position game that Xavi has implanted is called “the third man”. His pass reliability percentage in the Champions League has been 80.7%, a high record considering the zone of the field in which he plays. For example, and to make a comparison by position, Haaland and Mbappé have averaged 56% and 81% respectively, and Aubameyang, 75% in the Europa League. But he also has the ability to give the team air by being the receiver of some long displacement as an alternative to get out of very demanding high pressure from rivals.

There is no attacker who is better than him in the when. And it is that the new Barça striker has a special ability to match the change of speed to the space just at the right moment to get the advantage in the play. The first fast and powerful meters of it are still intact. In addition, there is a characteristic maneuver in him and it is the one that begins with his runs, fixing his gaze on the objective place of unchecking and losing perspective of the ball for one or two seconds to later outline himself to finish play.

Robert Lewandowski is a fantastic football context reader. And his preferred place of analysis is the far post. He likes to hide there to lose reference to his markers and, from there, decide where to move. When he is seen at the far post, away from the game and jogging, he is the prelude to a dangerous and accurate move by the new Barça striker.

The Pole has a certain degree of defensive commitment in high pressure. And an effectiveness in individual harassment more than remarkable. No one should be surprised to see him steal balls upstairs because he is going to do it. That yes, the defensive maneuvers of him in the pressure only have an effort. It is difficult for him to maintain the pressure two or more movements in a row.

The great and only unknown in a player of such caliber is solely and exclusively the longevity of his usual performance at the same level. Because it is so true that a footballer who reaches 34 years of age like him is still sane in the highest version of him, it is also true that very few players on the world scene can continue to make a difference after 37 years.