Rishi Sunak, a millionaire in charge of money

In British politics there is a theory that, if a regicide is committed, the first one who sticks the dagger does not win the throne. 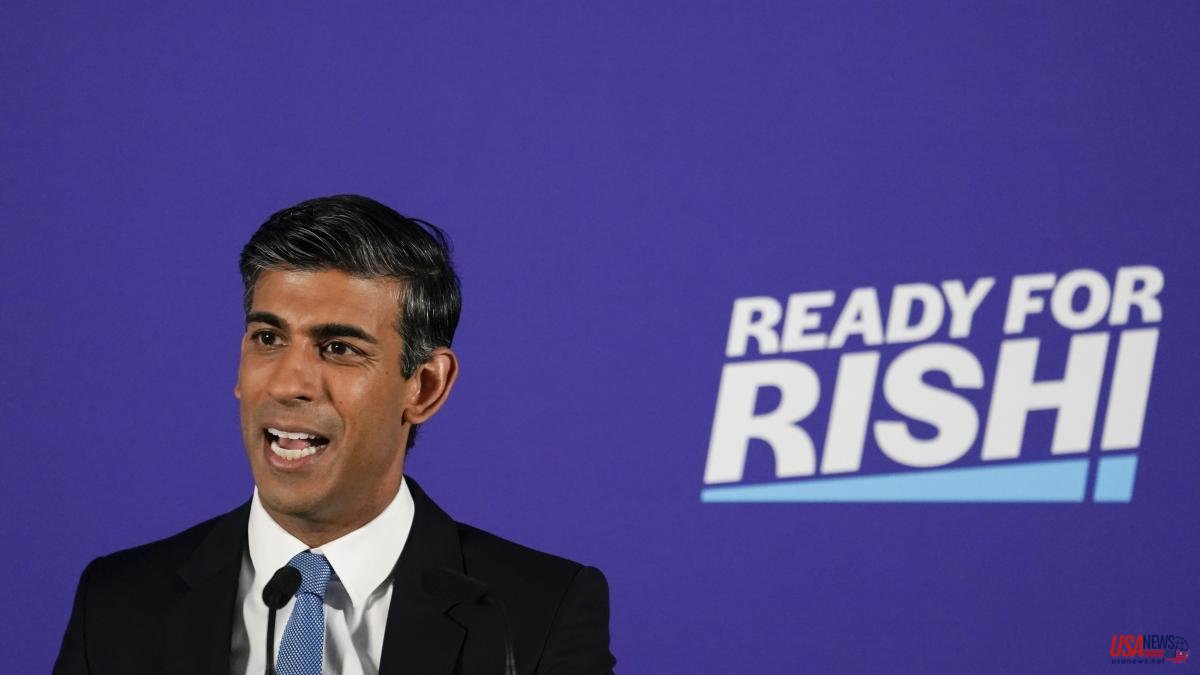 In British politics there is a theory that, if a regicide is committed, the first one who sticks the dagger does not win the throne. In the death of Boris Johnson, Rishi Sunak was not the first to put the dagger in his heart (honor that corresponded to Sajid Javid), but he was the second, a crime for which he has to confess and ask for the acquittal of the conservative bases that during the summer they will decide on the name of their new leader and prime minister. The Brutus, Iagos, and Judas evoke considerable repugnance in them.

Sunak was a beardless politician when Boris Johnson put him in charge of the economy of the seventh largest industrial power on the planet. In his favor they played that he was already number two in the Treasury, that he was committed to Brexit from the beginning, and that he promised flexibility when spending money and indebting the country to invest in infrastructure projects in central and northern England to in order to create a more geographically egalitarian England and reward those who voted to leave Europe. But as he settled into office, his differences with the prime minister increased, and he was appalled at the way he asked him to spend and spend, borrow more and more, as if money grew from trees. He only agreed to do it if, in return, he could raise Social Security and corporate tax rates, something that the ultras of the Thatcherite model will not forgive him for.

The former Minister of Economy won many points before the people with the generous aid of the pandemic, which prevented the closure of numerous companies and the loss of employment. But in politics things are soon forgotten, and the problem now is what to do about inflation, the rising cost of living and a possible recession: lower taxes, increase state debt, return to austerity? He declares himself a fervent supporter of reducing the tax burden but not at this time, but when prices are under control and it is possible

Sunak is one of those politicians who always appears in photos with a smile, as if happy with himself and with the world. He doesn't drink alcohol, doesn't eat meat, and is filthy rich (which is why it didn't sit well that his wife wasn't listed in the UK Treasury). A former fund manager, he built a good reputation for himself mitigating the impact of the 2008 financial disaster for his clients. "It was," he says, "a job that I loved, the fact of being responsible for better or worse for the decisions I had to make." Born in Southampton in 1980) he is the eldest son of a Hindu family who immigrated to England from the Punjab. His father, Yashvir, prospered in this country as a NHS (National Health Service) doctor and his mother became a pharmacist, earning such a good living that they were able to send their eldest son to study Politics, Economics and Philosophy at the University of Cambridge. After managing the money for the student union and making contact with bankers, he received an offer from Goldman Sachs right after graduating. After three years he went to Stanford for a doctorate, and there he met his future wife Akshata Murphy, daughter of the sixth richest man in India (as co-founder of the technological innovation company Infosys). His three great passions are Yorkshire tea, ex-footballer Matt Le Tissier and Star Wars movies.

The Sunaks, in addition to a two hundred million euro stake in their father and father-in-law's firm, own four properties, including the fabulous five-bedroom house in the London neighborhood of Kensington where they live. It is not surprising therefore that he is a traditional Tory, in favor of a minimum tax burden, when possible. As a hedge fund manager, his job was to find tax havens like the Cayman Islands for his clients' money. If he becomes Prime Minister, his responsibility will be much broader, with the 68 million Britons, many of them poor.