Riqui Puig is going to do the Americas. 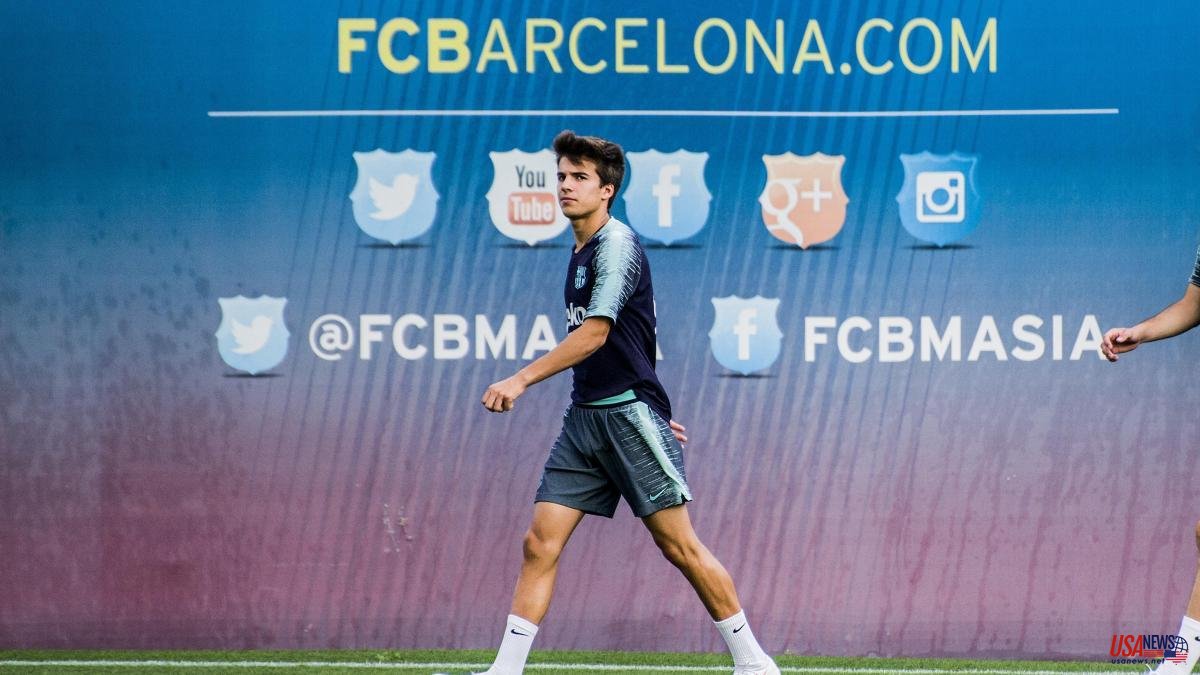 Riqui Puig is going to do the Americas. He did not travel to the Barça tour of the United States but he will fly there because his future is in Los Angeles. Barcelona announced this Thursday the transfer of the midfielder, who turns 23 next week, to the Galaxy. The agreement was made in time to register the footballer in the MLS, which was already closing the transfer period.

The interior of Matadepera signs for this season -already started- and three more courses, until 2025. Barça, which has provided him with the letter of freedom, reserves a repurchase right for the player for the future and saves 50% of a future sale. With the departure of Puig, the club has already got rid of Coutinho, Lenglet, Mingueza and Trincão this summer.

The Los Angeles Galaxy are tenth in the Western Conference, 18 points behind Los Angeles FC, their local rival, and are out of the play-offs for the title. In the Los Angeles team, he will coincide with the Mexican Chicharito Hernández, with the Brazilian Douglas Costa (ex-Bayern) and with another Barcelona youth squad, such as Víctor Vázquez. All three, yes, are already in their thirties. "It's time to start a new and exciting adventure that will challenge me to give the best of me," explains the footballer after signing.

Riqui Puig has had four coaches, he has had the interior in the first team and he has only played 15 games as a starter, none in the Champions League. Neither Valverde, Setién, Koeman nor Xavi now bet on him. In fact, younger players like Pedri, Gavi or Nico have overtaken him in midfield.

Light and technical player, Puig was seen by some as the quintessence of the Masia but packs his bags after playing just 57 with Barça, in which he scored two goals. The medium does not go to another team in the League, such as Mingueza (to Celta) but opts for an unusual destination for a European footballer about to turn 23.

In fact, the two players who exchanged the Camp Nou for the MLS were Thierry Henry and Rafa Márquez, who were 32 and 31 years old respectively.

The former Barcelona player is one of the big signings in the US league this summer after former Madrid player Gareth Bale, Héctor Herrera (from Atlético) or the Italians Chiellini, Lorenzo Insigne and Bernardeschi.